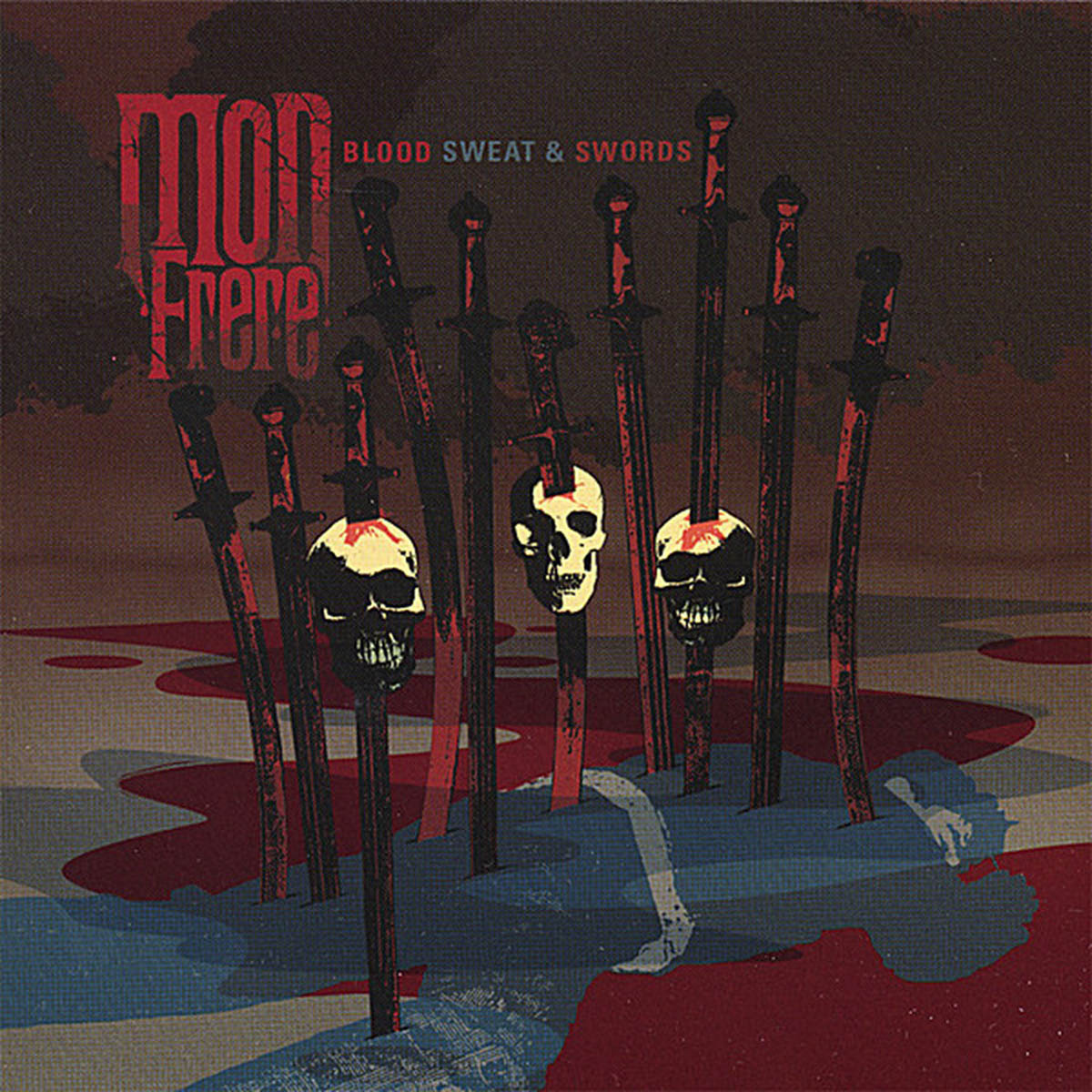 With the right promotion, Seattle-based Mon Frere could have a sizable hit with their full-length debut, Blood, Sweat, & Swords. Preoccupied as it is with murder, zombies, Michael J. Fox movies, and the blood and guts of love-gone-wrong, the album is agreeably and deliberately juvenile in precisely the same way as Eli Roth’s Cabin Fever, which is certainly an appropriate tone for a trio just out of high school. With songs like “You Make Me Want To Destroy Something Beautiful” (which, if lifted a bit too closely from Clem Snide’s brilliant End Of Love, at least shows that the band has good taste) and, even better, “Let It Bleed (Teen Wolf),” all the band really needs is a MySpace profile geared toward bitter, disaffected goth kids and a button to sell at Hot Topic, and then they’ll be set.

While the poke-it-until-it-bleeds attitude is all good fun to a point, Blood, Sweat, & Swords does start to repeat itself about halfway through its 11 tracks, and the album is just entirely too short to be characterized by internal redundancy. And there’s a fine line between juvenile and jejune, which “BigShot” and “Clever Boi” miss by more than just a blade’s width. Stylistically, Evan Brubaker’s clean production, which recalls the pop-rock leanings of The Donnas, OK Go, and Kill Hannah, also sounds a bit at odds with the bile and grue, however ironic they might be, of the band’s lyrics. Frontwoman Nouella Johnston also needs to grow into her voice a bit before anyone would put her in leagues with The Gossip’s Beth Ditto or Yeah Yeah Yeah’s Karen O. Still, with hooks this memorable and an attitude this outsized, Mon Frere make up for some of their technical shortcomings, and Blood, Sweat, & Swords stands as a solid first album.

Review: Adem, Love and Other Planets