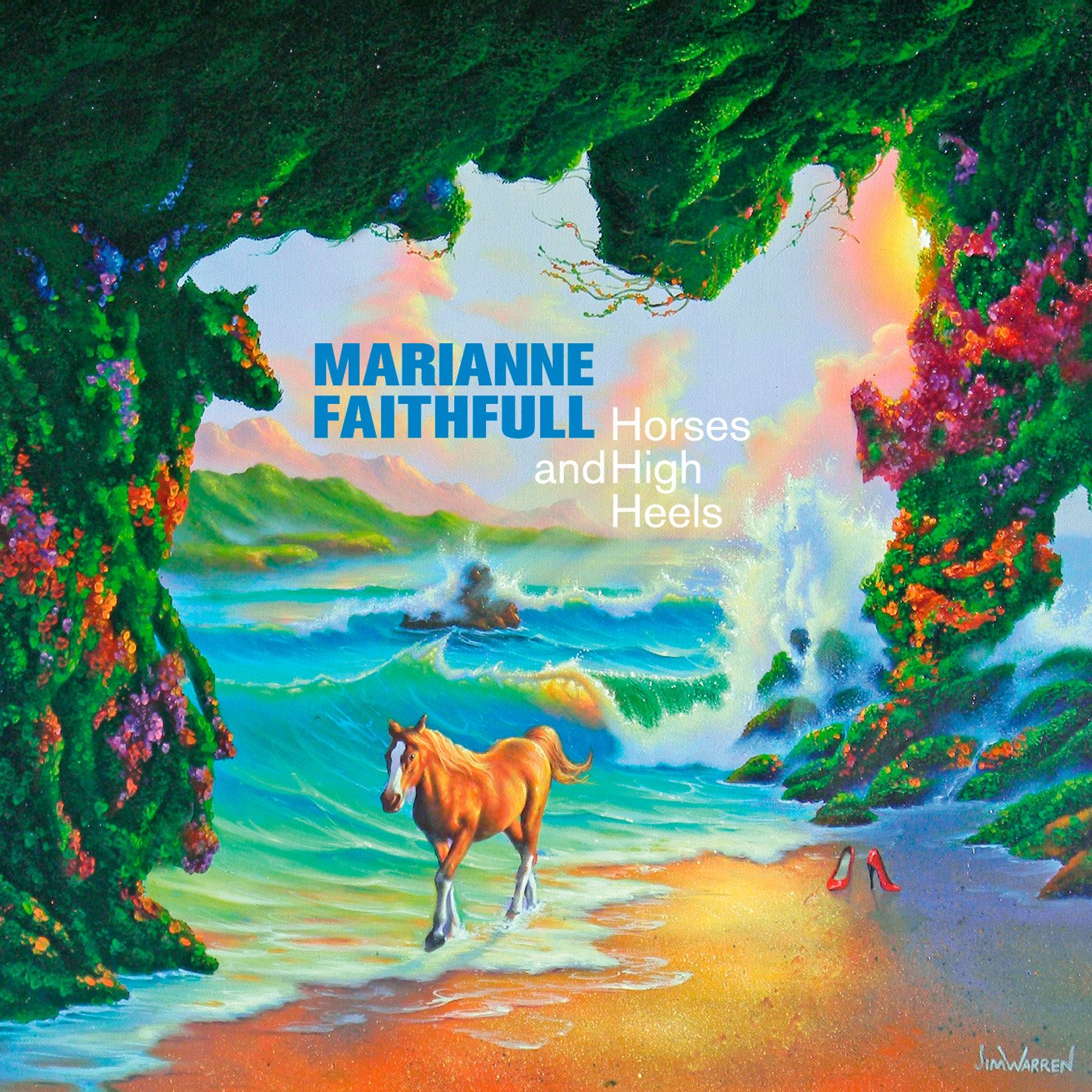 Marianne Faithfull has had a long career as an actress and singer, and it’s often been difficult to separate the two, with her musical output functioning as an extension of her theatrical side, another opportunity for inhabiting characters and roles. From the innocent pastoral folk of her mid-’60s albums through her grittier, more sexually tinged material of the ’70s, her abilities and tastes have changed, but the consistent feeling of a shifting, transparent voice has remained.

It’s a characteristic perpetuated by her penchant for covers, which in most cases take up a good portion of her albums. That continues on Horses and High Heels, which features four original songs nestled among takes on hits by Dusty Springfield, Elton John, and the Shangri-Las. For a group like the Rolling Stones, who Faithfull has maintained close ties with since her very first hit, the Jagger/Richards-penned “As Tears Go By,” the use of covers early in their career allowed them to copy established acts in the service of finding a voice. For Faithfull, covers have remained a distinct component of her own voice and the smart song choices on Horses and High Heels reflect that, as it assembles a circular breakup/make-up narrative via previously existing songs.

The greatest change across Faithfull’s career has been the sound of her voice, which has grown husky and raspy, as if left out to dry in the sun. Far beyond the beautifully coarse highpoint it reached on 1979’s Broken English, it’s taken on a slightly desiccated quality. She still has character in heaps, a quality that helps make tracks like “Past, Present and Future” all the more affecting, but her vocals drag down poppier songs like “Gee Baby,” which sound downcast even as they attempt forced cheeriness.

Faithfull seems to realize this problem, and her choice of subject matter skews grimmer than ever here, beginning with the apocalyptic march “The Stations,” on which she perfectly matches the song’s tone of lovelorn weariness. She still makes each song hers, and the general concordance between voice and subject minimizes one of Faithfull’s nagging flaws: her failure to fully, believably inhabit the songs she’s transforming. It’s less of a problem here, partially because Faithfull has long since dropped any aspirations toward hip relevance, which gives her more freedom to choose material that better suits both her voice and the general mood she’s pursuing.

Befitting someone with such a wide range of approaches, Faithfull’s style has always been hard to pin down. Horses and High Heels makes some attempt to rectify that, casting her as someone split between rustic folk and big-city cynicism. The title track, written by Faithfull, connects both sides of this rift, blending small, singular moments from her life in a haze of memory and feeling, a summation that links the album’s themes of wistfulness and regret. As with most of her material, Horses and High Heels often sounds overblown and showy, but it identifies Faithfull’s persistent ability to merge individual personality and musical connoisseurship.

DVD Review: Jean-Luc Godard’s Made in U.S.A on the Criterion Collection

Review: Jill Scott, The Light of the Sun