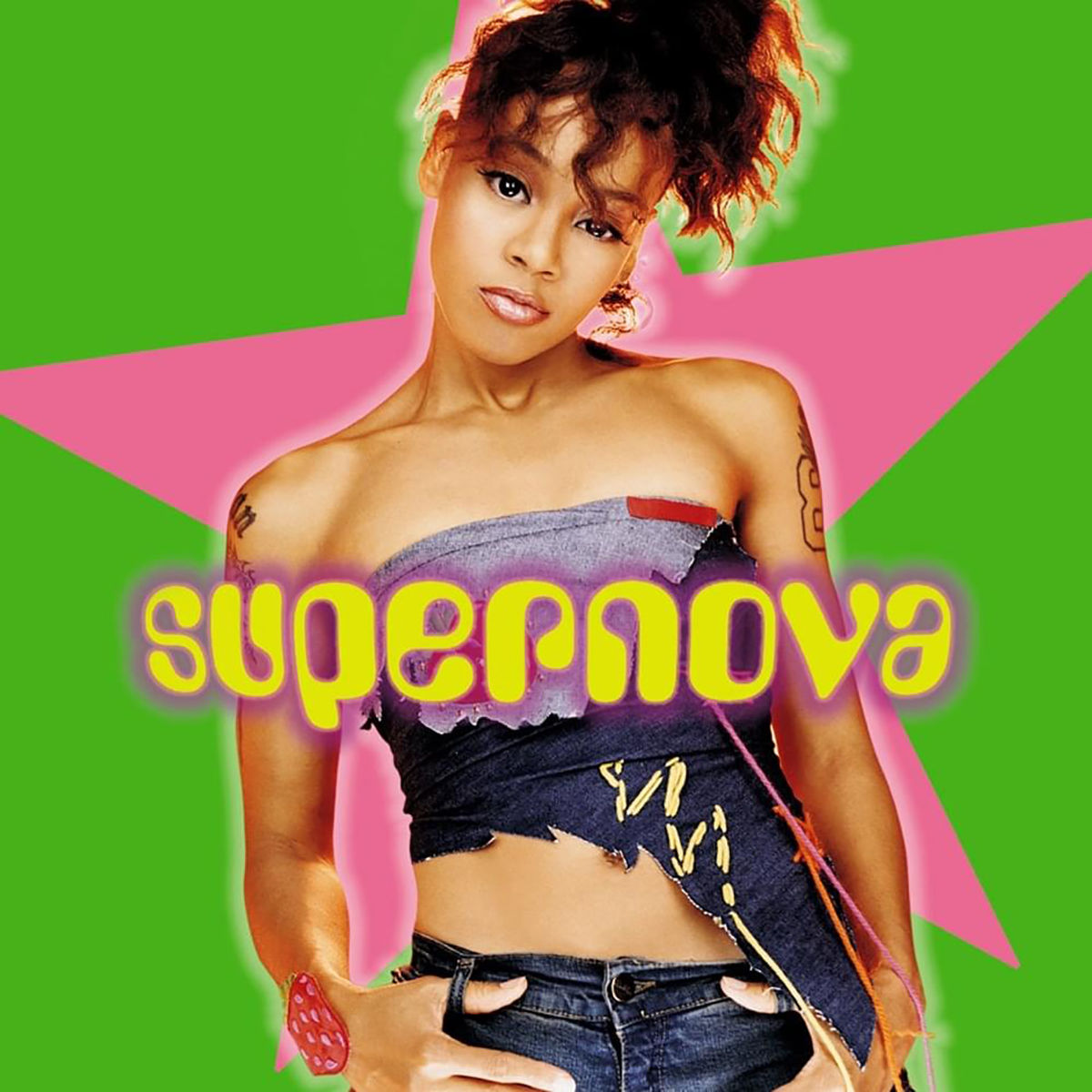 While it was released overseas at the end of 2001, it seems that Lisa “Left Eye” Lopes’s long-anticipated solo debut, Supernova, might never have a proper stateside release. She was the savviest of TLC, crunching numbers, entering diva-mogul territory (she played a key role in the formation of Blaque and a new group called Egypt) and had a hand in most of her group’s creative decisions. Though she has always seemed best suited for ornamental guest spots (Lil’ Kim’s “Ladies’ Night,” Donell Jones’s “U Know What’s Up”), I was still curious as to how TLC’s standout character would fare on her own. Lopes’s album takes on new meaning in light of her death: “I believe when someone passes away/Either a star is born, energy so pure that it creates new worlds/Or as the soul releases, shatters into pieces/Becoming free-flowing thoughts,” she says in “A New Star Is Born.” The album is littered with such references, drawing on a newfound spirituality and denouncing her felony-plagued past. She speaks of new beginnings in the Middle Eastern-infused “Let Me Live,” eerily lapsing into the past tense: “Number one hit consistently for 10 long years/Put my soul in every project/My blood, sweat and my tears…So reminisce on every line that I wrote/Know that I never will surrender and it’s truth that I spoke.”

Lopes was not one to apologize; instead, she wore her scars proudly and hoped to pass on the lessons she’d learned. From the featherweight acoustic stylings of “Life Is Like a Park” (featuring R&B crooner Carl Thomas) to the ethereal “The Universal Quest” (featuring Esthero), her spiritual sentiments are less focused than, say, those of the more traditional Lauryn Hill, but they’re from the heart nonetheless. Her rhyming skills flow best on tracks like “Breathe” and the Rockwilder-produced “Hot,” a track in which Lopes’s signature squeak is filled out to a huskier rap not unlike Lil’ Kim’s. Ironically, Supernova’s biggest flub is “I Believe in Me,” the only song not written by Lopes. The internal narcissus that so often reared its head in the press (and, in turn, made Lopes the most captivating member of TLC) defiantly toots her own horn throughout the track: “Too many bosses cause divorces…I play with the team but I’m Diana Ross and not a Supreme.” Clever, yes. Spiritual, no. But aside from the album’s lyrical contradictions, it’s a sad reminder of another young talent’s seemingly squandered potential. If Arista ever decides to release the album, Lopes’s words will likely give peace to her grieving fans and unique insight into the spirit of TLC’s “bad girl.”

Requiem for the ‘90s

Review: Vanessa Carlton, Be Not Nobody