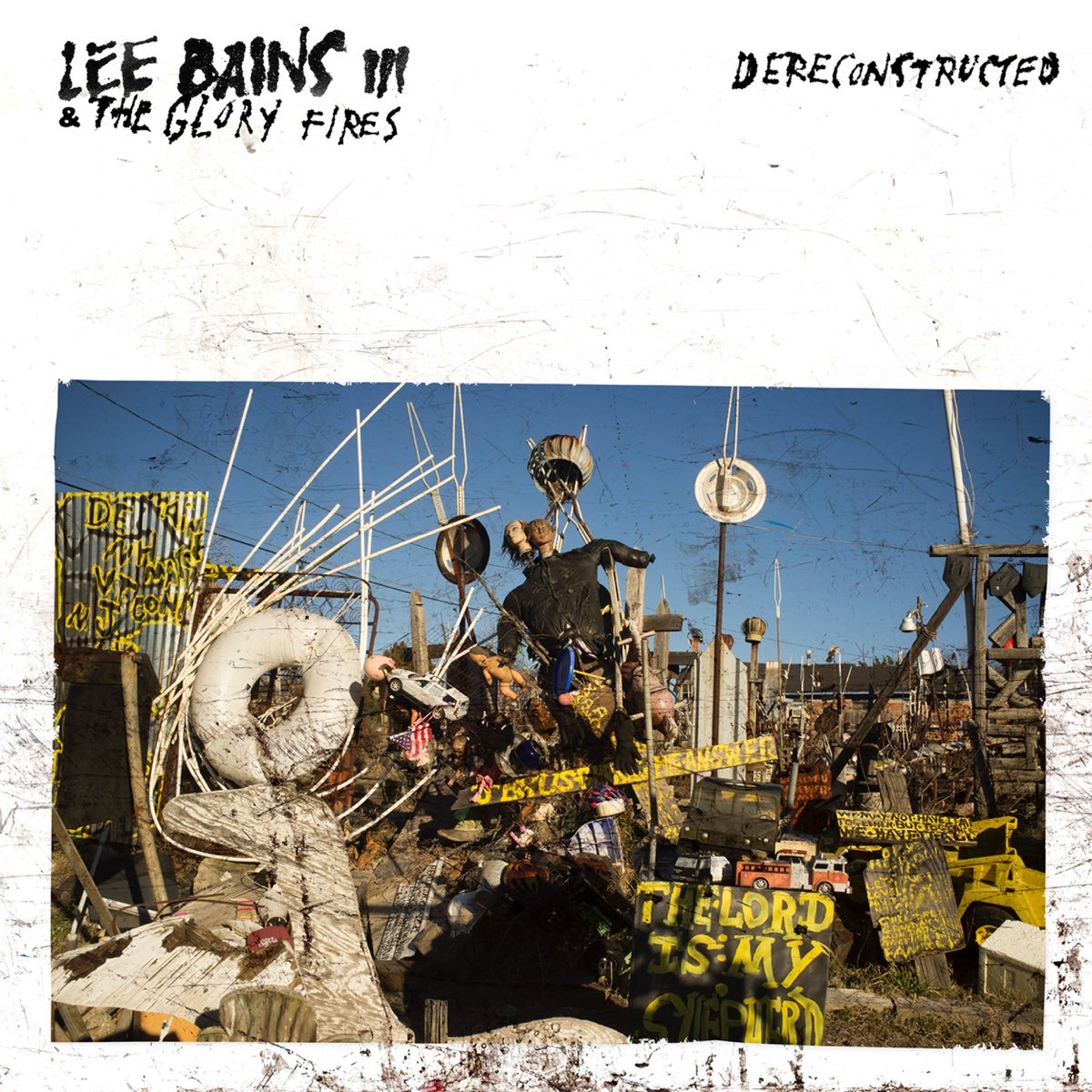 For a variety of reasons, Alabama—the land of cotton fields, George Wallace, and segregated sororities—isn’t often associated with progressive activism. But the Yellowhammer State actually boasts a proud history of revolutionary change divergent from the Tea Party’s modern-day knuckle-dragging. It was one of the epicenters of the agrarian populist crusade against monopolistic robber barons in the 1890s, for one. And of course, the civil rights movement started in Birmingham. However, the fact remains that members of the state’s regressive majority are less likely to actually boast about such things than they are to boast about, say, their Confederate ancestry. This surely makes for an oppressively frustrating climate for Alabaman progressives.

Unlike many of those folks, Birmingham native Lee Bains, formerly of the Dexateens, at least has an outlet for his thwarted political desires, and it’s the best outlet there is: guitars. Really, really loud, teeth-rattling guitars. Dereconstructed is Bains’s second album with his crack band the Glory Fires, and it’s by far his rowdiest. But there’s a lot more to the album than volume: Beneath the din lies some of the firiest Southern populism put to tape in recent memory. For 36 breakneck minutes, Bains attempts to square his pride in the South’s benevolent side—swinging screen doors, sweet tea, and the rural beauty of flowing rivers and backwoods dirt tracks—with its dark side: its bigotry, its religious hypocrisy, its blind jingoism, its “old hateful eyes,” its “meth labs and mobile homes,” its “shallow-chested cowards,” its “younguns lashed with brimstone tongues,” its “cracking whips of white men selling black men.”

While Bains is among the most brazen to sing about these matters, he’s certainly not the first. There’s Lynyrd Skynyrd, of course, though that band’s legacy has been co-opted by the same rebel flag-hoisting idiots that Bains spends Dereconstructed castigating. There’s Drive-By Truckers, the northern Alabama-bred, Athens, Georgia-based road warriors (and occasional Glory Fires tourmates) who are clearly among Bains’s major influences (“We were raised on ancient truths/And ugly old lies,” snarls Bains in Dereconstructed’s frenetic title track, a concise distillation of “the duality of the Southern thing,” a concept the Truckers based an entire double album on with their epochal 2001 breakthrough Southern Rock Opera).

Most relevant, though, is Bains’s aforementioned former band, though Dereconstructed doesn’t sound much like the only full-length Dexateens album he played on, 2009’s largely acoustic-based Singlewide. However, it certainly owes a lot to the Dexateens’ earlier, noisier material. That’s hardly a coincidence: Tim Kerr, who produced the first two Dexateens albums, also helms this one, and former Dexateen Matt Patton—who, incidentally, is now a member of Drive-By Truckers—splits bass duties with Adam Williamson. But lyrically, Bains presents a forthrightness and a political edge that the Dexateens never quite approached. He rails furiously against corrupt plutocrats, racism, right-wing religion, Bull Connor (the segregationist former Birmingham Commissioner of Public Safety), and supply-side economics—and that’s just in the first song, “The Company Man.”

This kind of unabashed political griping always has the potential to get real preachy real fast, especially considering Bains’s penchant for falling back on Jesus as a moral crutch throughout (”’Don’t say I didn’t warn you’/On the mount we heard Him say/’You’ve got to serve either me or him’/We just turned and walked away”). But outside of the overly bitter, chorusless “We Dare Defend Our Rights,” Dereconstructed doesn’t fall into that trap, mainly because it adheres to a punk ethos rather than resorting to Bono-style mountaintop proclamations. In this context, Bains’s decision to mix his vocals so low that they’re nearly drowned out by a relentless maw of buzzsaw distortion begins to make sense. It’s certainly not a lack of conviction that led to this decision, but rather a belief that any message, no matter how righteous on its own right, is much more palatable when backed by kickass rock ‘n’ roll music.

There are elements of stylistic diversity here and there, from Muscle Shoals soul (the bridge of “The Company Man”) to Skynyrdian Southern rock (“The Weeds Downtown,” the swampy “Mississippi Bottomland”) to hardcore (the mosh-worthy rant “Flags!”), but by and large they’re paved over by the overdriven rage and burn of Bains and Eric Wallace’s tangling guitars. As a result, Dereconstructed sounds like a continually exploding bombshell—and on an album that Bains spends lobbing political grenades, it’s the perfect accompaniment.