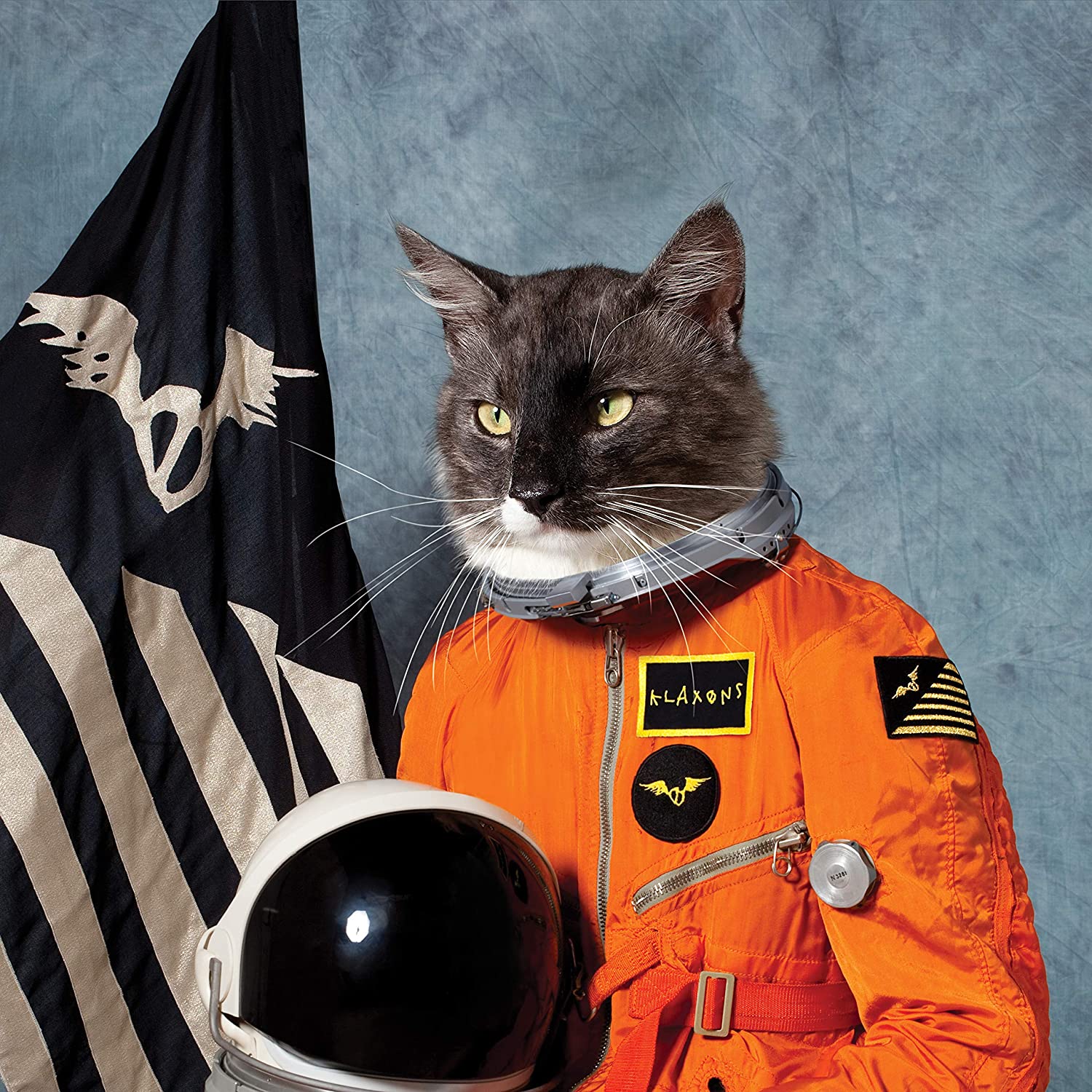 In the original Terminator, there’s a memorable sequence that takes place in a dimly lit, cyberpunk-ish club known as Tech Noir. It’s there that James Cameron’s dark, claustrophobic vision for the film—where the present day is beset by anxieties of a violent, irrevocable future—comes together perfectly, portraying a sweaty, messy musical subculture that’s more battleground than safe haven. Listening to Surfing the Void, Klaxons’s follow-up to their 2007 debut, Myths of the Near Future, it sounds as if the English dance-punk revelers would be right at home in the shadowy pit of Tech Noir: As they demonstrated with their screechy cover of Grace’s 1995 U.K. dance hit “It’s Not Over Yet,” the band has a knack for viewing the world through a dirty, paranoia-riddled, post-apocalyptic lens.

Yet whereas Myths of the Near Future was often psychotically fun, Surfing the Void finds Klaxons taking their genre rock shtick way too seriously. Klaxons isn’t alone in the world of overworked, darkly toned indie conceptualism. But while comparisons to the sound of fellow U.K. “new raver” peers such as New Young Pony Club and Late of the Pier are common, in truth, Klaxons aspires to replicate the work of another group: Oklahoma-based quartet Evangelicals, who effectively turned ’50s B-movie horror narratives into a legitimate concept album with 2008’s The Evening Descends. Klaxons has attempted to do the same for Philip K. Dick-inspired sci-fi on Surfing the Void, complete with tongue-in-cheek visuals (spy the very determined astronaut cat on the cover).

However, unlike Evangelicals, who consistently fills their work with a brilliant mania, Klaxons often flirts with unintentional self-parody. Tracks like “Twin Flames” and “Extra Astronomical” smack of forgotten ’90s electronic goth outfit Orgy, and to be reminiscent of that is never a good thing. “The future’s in our memories,” frontman Jamie Reynolds sings on—surprise—“Future Memories,” and suddenly visions of Styx’s overwrought “Mr. Roboto” narrative come into play. Both lyrically and musically, the album is quick to veer into operatic caricature, and when Klaxons finally decides to put away the prophetic melodrama and have a little fun, the result is often derivative of their earlier work: Standout track “Echoes” is, beat for beat, a rehash of “It’s Not Over Yet.” Disappointingly, Surfing the Void’s “space kitty” cover is Klaxons’s most effective stab at absurd rock ‘n’ roll fun.