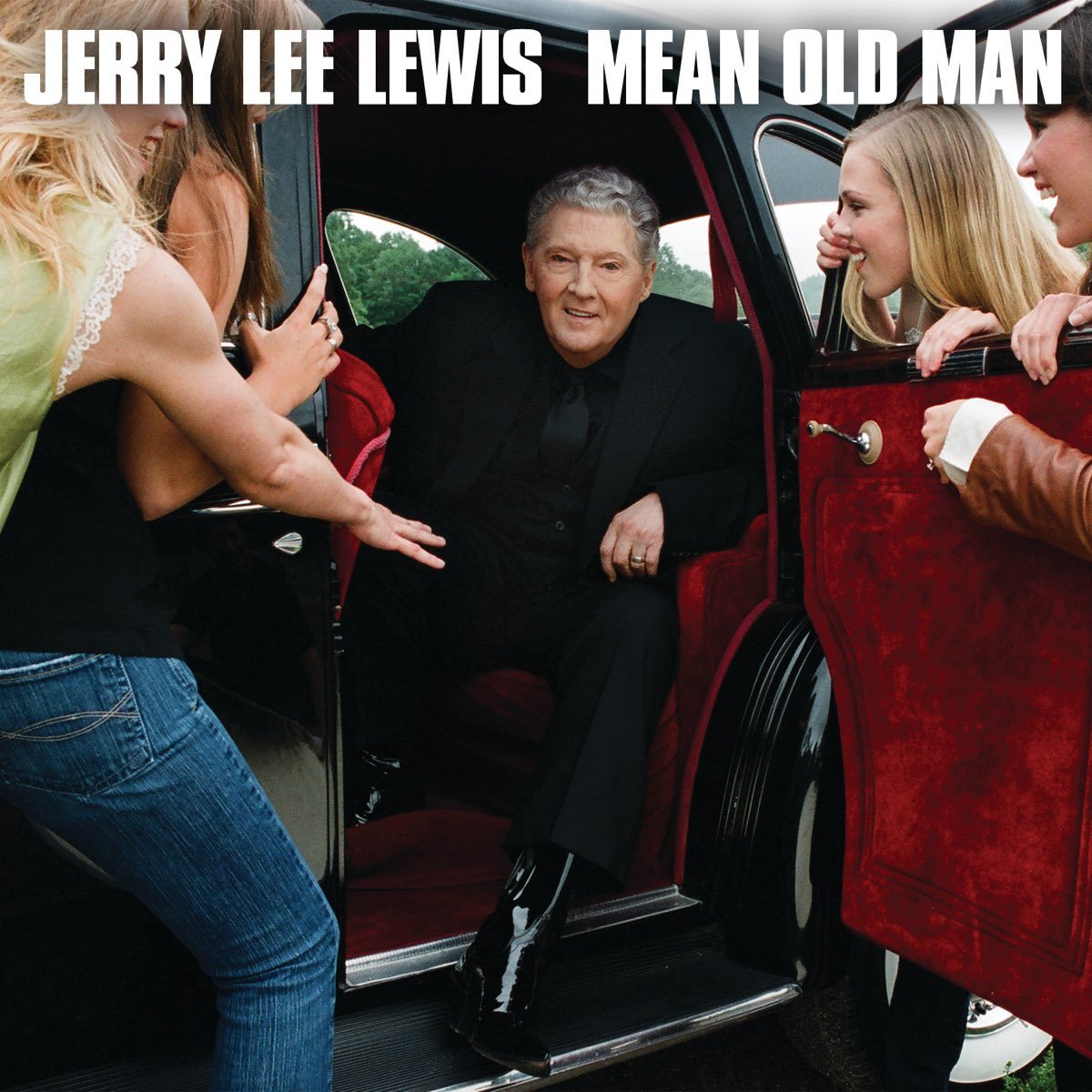 Duet albums generally represent cachet being cashed rather than banked, chummy exercises that boil down to performers singing karaoke to their own songs. Jerry Lee Lewis’s late career has been defined by these kinds of projects, from the 1986 Class of ‘55 Sun Records compilation to his last album, 2006’s Last Man Standing. Mean Old Man furthers the sense of laidback indolence, as Lewis brings back several of the same guests for obligatory romps through their classic material. The songs are lightweight but usually amusing, the type of thing that might have been recorded in a quick session right before lunch.

This familiarity diminishes the novelty quotient, one of the biggest sustaining factors for a duets album, but it doesn’t do much real damage to the quality of the songs, which are fortunately not obvious choices. There are also small, surprising pleasures to be found. The main lure of “Dead Flowers” is not as much the pairing of a rock n’ roll legend with a great Rolling Stones song, but the ability to clearly hear the formerly muddy lyrics, which Lewis delivers crisply and clearly. It makes the song seem new, even if Mick Jagger is here, as faint and distant as if he were singing from next room. Little touches, like the word “shit” being softened to “shine” on “Sweet Virginia” (another Stones cover, with Keith Richards this time), are indicative of these songs’ transformations into snappy but wholesome renditions.

There are low points. Having Kid Rock show up anywhere, let alone with Slash for a sloppy take on Lewis’s own “Rockin’ My Life Away,” is singularly unpleasant. Otherwise, the collaborator choices are mostly smart. Freshness comes in the form of funhouse collaborations, pairing artists that you’d never expect to hear together. Ringo Starr, John Mayer, and Jon Brion team up to trail Lewis through a torrid version of “Roll Over Beethoven.” Later, Brion teams up with Tim McGraw on the less dexterous “Middle Age Crazy.” There’s also some obligatory original material, like Lewis snagging another Rolling Stone by employing Ronnie Wood on “Mean Old Man,” a prickly invocation of elderly grouchiness that typifies the album’s general savvyness. Mean Old Man may be a fundamentally lazy album, but it works in the right places, making sharp choices and offering a mostly agreeable experience.