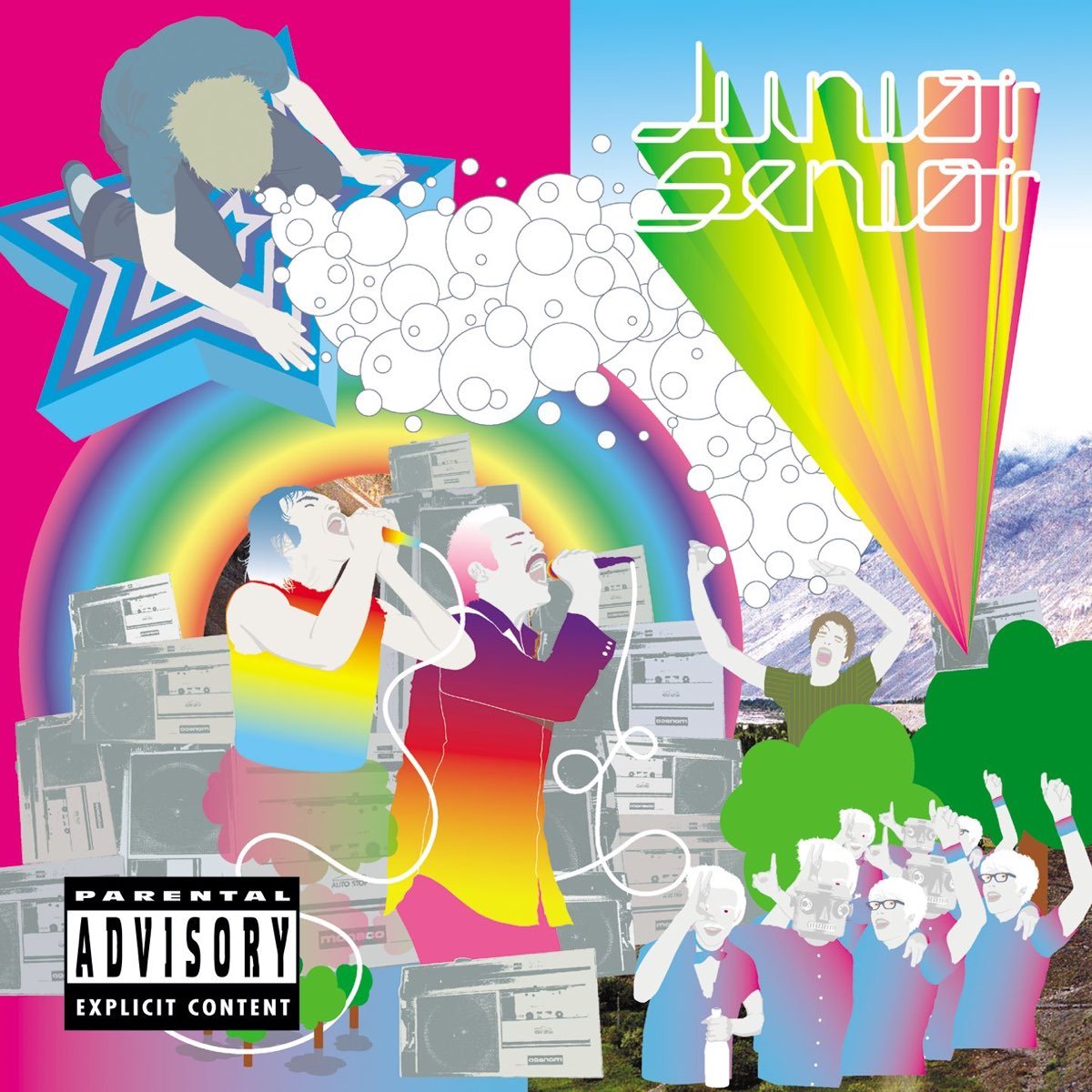 Junior Senior’s full-length debut, D-D-Don’t Don’t Stop the Beat, takes the listener on a dance-pop, electro-soul and new wave-infused musical journey of frenzied mix sampling and computer-generated sounds, and the result is at once fun, eclectic and surprisingly refreshing. Originally from rural Jutland (nestled on Denmark’s western peninsula), this zany duo—comprised of Jesper Mortensen (Junior) and Jeppe Laursen (Senior)—are fast becoming the darlings of the international dance club set, and no wonder. With songs like “Rhythm Bandits” and “Move Your Feet” delivering tons of bouncy disco beats (with Danish stutter rap, no less!), Junior Senior beckons you to shake shake shake your booty to its futuristic retro pulse. That this dizzying disc is only a mere 32 minutes long, and that the lyrics hint mainly at Junior’s eye for the ladies and Senior’s penchant for fellas, it may not be for everyone. Still, the indisputably irreverent D-D-Don’t Don’t Stop the Beat remains abundantly silly and is certain to appeal to those who have a taste for mindless bubblegum pop.