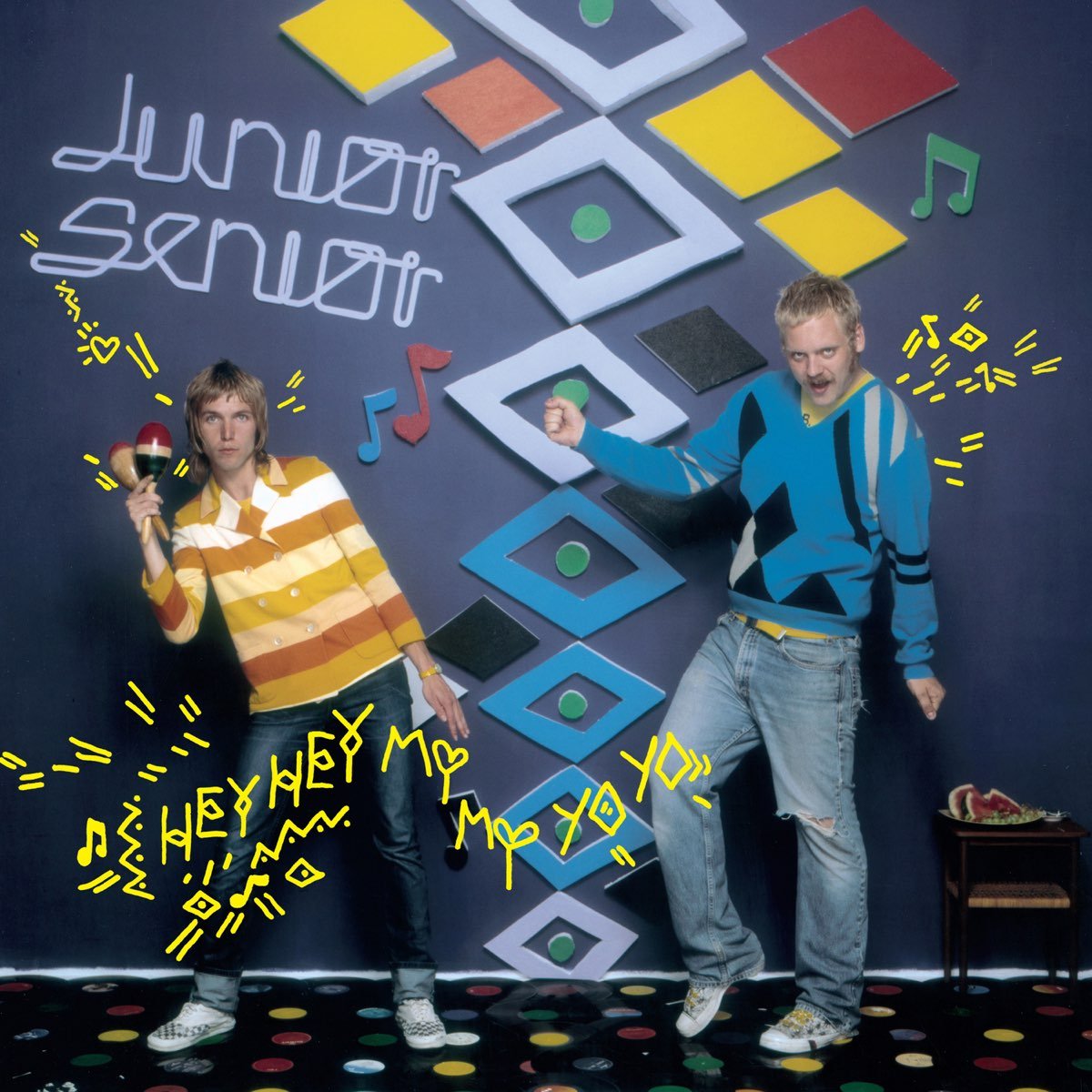 Finally receiving distribution in the U.S., Junior Senior’s Hey Hey My My Yo Yo sounds every bit as fresh and exuberant now as it first did in the summer of 2005. For their sophomore album, the Dutch dance-pop duo distill the best elements from their debut album, 2003’s D-D-Don’t Don’t Stop the Beat, into a sound that can’t be disregarded as a mere gimmick. Their songs are all built on the same elements (the fake strings of disco, the basslines from funk, sing-songy rhymes, mannered fake stuttering, nearly incessant handclaps, and girl group harmonies—courtesy of Le Tigre, who have disbanded since the album’s initial release) and all cover similar thematic territory (meeting new people is fun, dancing is even more fun, girls are pretty, boys are pretty, music makes the bourgeoisie and the rebel come together). It speaks to band’s boundless creativity that the material never becomes redundant or veers into novelty or camp territory. Instead, it’s the most aggressively happy-fun album in a year full of albums both happy and fun, with revealing, everything-you-need-to-know song titles like “Happy Rap,” “I Like Music,” and “We R the Handclaps,” and it even implores Bigfoot himself to get down. Both for its understanding of the distinction between a rigid aesthetic and a shtick and, just as importantly, for its first-rate musicality, Hey Hey My My Yo Yo is dance-pop’s equivalent to a record from The White Stripes, and it establishes the unlikely duo of Junior Senior as a pop act worth waiting for.

Review: Sinéad O’Connor, The Lion and the Cobra