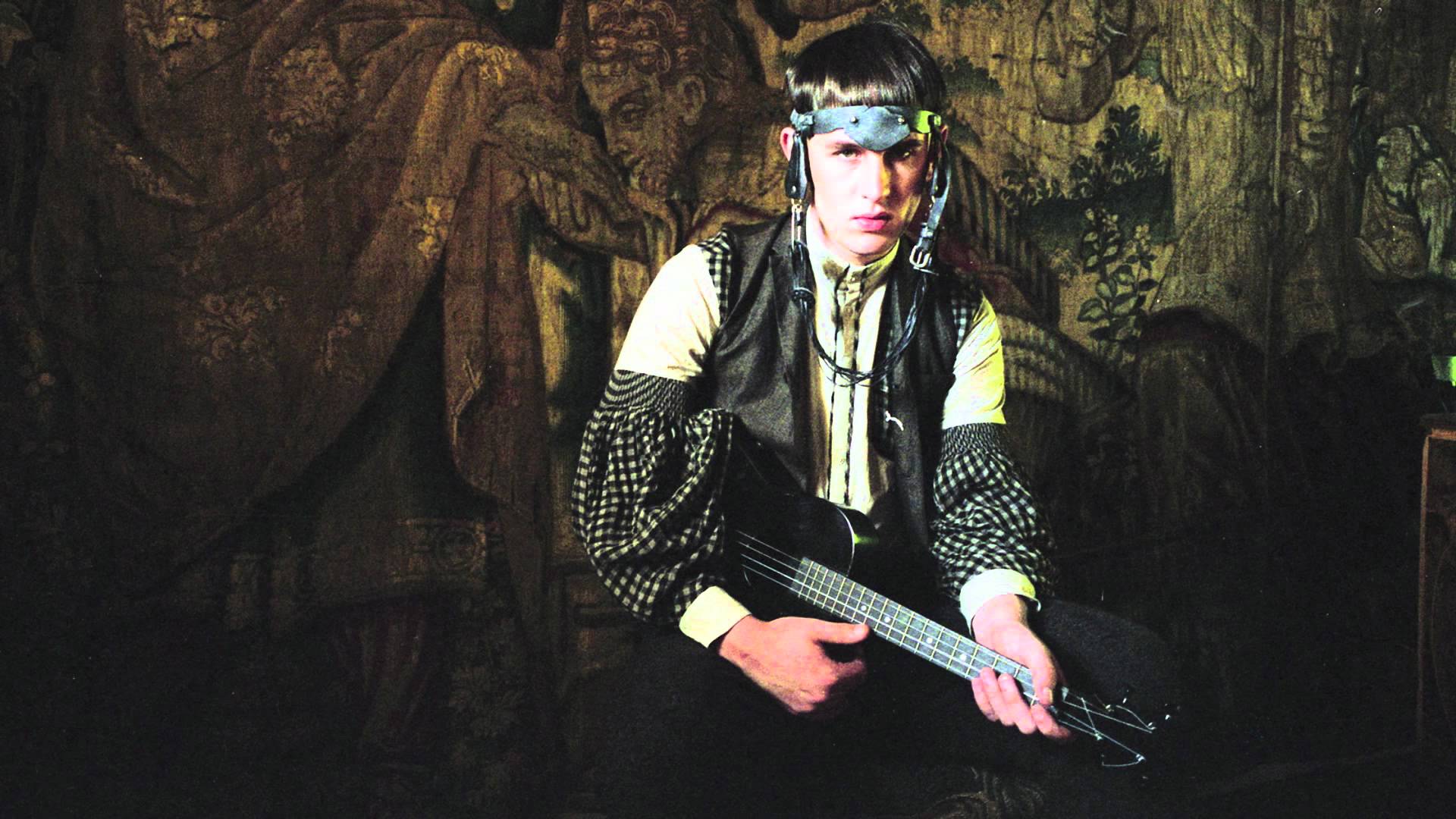 Armed with a penchant for the melodramatic and a bevy of musical toys, Patrick Wolf, a lanky 21-year-old singer-songwriter from South London who stands six-foot-four with dyed black hair and elfin, pasty-white features, can at times come off as a little too precocious for his own good. Luckily for him (and us), he’s a damn good composer. Patrick spent a year at Trinity College music conservatory following the release of his solo debut Lycanthropy, after which he retreated to a harbor town in Cornwall, England, to record the follow-up Wind in the Wires. He took a break from his European tour to introduce himself to Slant Magazine and briefly discuss composing, skinny-dipping, 19th century heroines, and Britney Spears.

You spent a year studying composition at the Trinity College Music Conservatory in London. What did you bring from that experience to your new album, Wind in the Wires?

My classical training really stretches back to the age of seven, through choirs and orchestras. I loved being a part of the orchestra—it’s the most humble, magical feeling to be one small violin in a huge ocean of strings. When I decided to “study” composition, I quickly realized that everything the music academics wanted to teach me I didn’t want to learn.

When you weren’t working on your album, how did you spend your time in Cornwall?

Taking my clothes off and swimming naked among the rocks. Collecting shells. Jumping off cliffs. Ghost-hunting and sometimes fishing for my supper.

There seems to be a preoccupation with domesticity on the album, particularly on songs like “The Railway House.” At 21, is “settling down” something you think about?

Being a teenage runaway with a suitcase and violin, I always had an idea that a house, garden, and a goat to milk would sort out a lot of my problems. Now that I have a house and a garden, I can say it does help having an anchor and soil to grow things in but I will always be a gypsy no matter how settled I appear to be.

The first single from the album is “The Libertine.” Do you think of yourself as one?

The song is about overcoming all restriction and repression, that includes having headlines and catchphrases to live up to. I would never say I was a “libertine” but I will say I do my utmost best to stay free in all shape and sense.

What are your thoughts on America: the politics, the culture, conquering the music market here?

I don’t know much of the politics. The culture I find engrossing…it’s a whole new encyclopedia that hopefully one day I will have time to read. Right now I find it important to document what I know best and that is my homeland. There is a lot of England that I think has been hiding in the shadows for centuries and that I really want to bring into life again over time. I never think about conquering music markets. I worry about making the best music I possibly can. My favorite American book is Even Cowgirls Get the Blues. That book makes me want to walk the deserts and prairies.

Who are your heroes, musical or otherwise?

At the moment my biggest hero is Grace Darling. She used to live in a lighthouse and save people from shipwrecks in her little rowboat.

That’s like asking…food or water? Both are cornerstones of technology that I believe should under best conditions live in a perfect marriage or war.

Do you own a wind-powered electricity generator?

No…I would love to have such a thing…I would put it up on the roof along with the sex-mad pigeons. They keep me up all night. They are very loud under their covers.

If you could meet a younger version of yourself, what would you say to him?

Very hard question to answer. I always keep myself in check with the younger Patrick though. I carry all his hopes and dreams very carefully. I think he gives me a lot of strength whenever the ropes start fraying.

The Crime of Monsieur Reed

Review: Daft Punk, Human After All