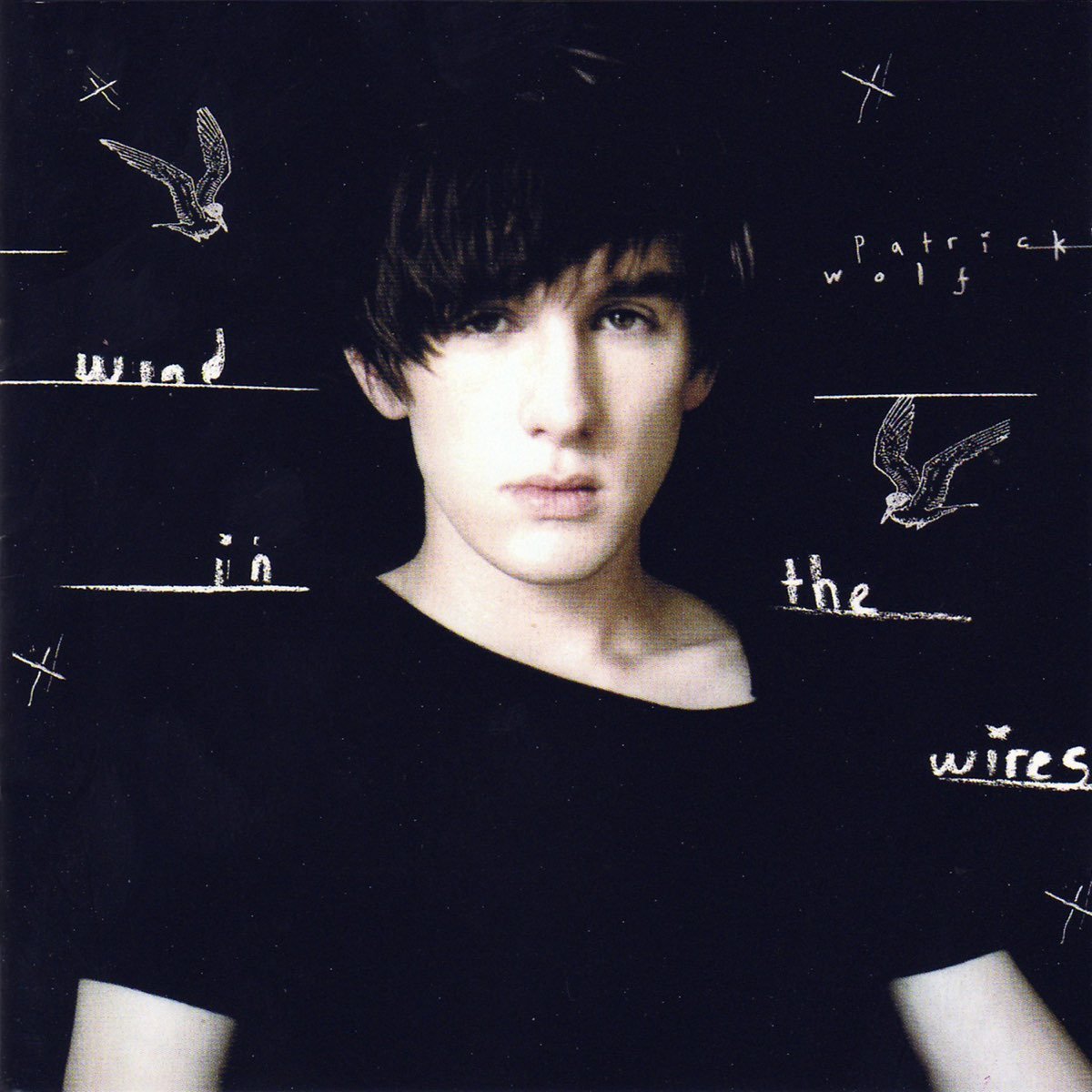 Armed with a penchant for the melodramatic and a bevy of musical toys (violin, ukulele, piano-accordion, dulcimer, et al.), Patrick Wolf, a lanky 21-year-old singer-songwriter from South London who stands six-foot-four with dyed black hair and elfin, pasty-white features, can at times come off as a little too precocious for his own good. Luckily for him (and us), he’s a damn good composer, no doubt due to his one-year stint at Trinity College music conservatory following the release of his solo debut Lycanthropy, after which he retreated to a harbor town in Cornwall, England, to record the follow-up Wind in the Wires.

Almost entirely surrounded by water and secluded from the rest of England, the Cornwall peninsula was the perfect place for Wolf to sink into his songs. In fact, the environment seems to have informed most of the lyrics. The album bristles with life, furtive and gothic, like the Cornish cottages and castles around him—you can almost smell the salt in the air, you almost can feel the damp granite, you can almost hear the creaking doors and the solitary caws of gulls “lost at sea,” as Wolf himself describes on the elegiac “Teignmouth.”

With its strings, skittering computer programming, found sounds, and fantastical storyline and phrasing (“While I’m asleep my spirit crawls out of this bellybutton, goes down to the sea to gather the wind…”), “Ghost Song” goes beyond being a mere homage to Björk, but while he occasionally mimics his influences, Wolf is growing into his own figurative and literal voice. He’s well beyond his years: it’s in the way he pines for cliffside solitude with his horse and ukulele (and the way he sings “ukulele,” as if it’s some long lost memory he can’t quite reach) on “The Gypsy King”; it’s in the way he then romanticizes domestic life in the ivy weeds growing over the doorway of a small house and how he pleads like a man three or four times his age, “Hold back the years/Hold back the hours/I want to live to see the sun break through these days” on “The Railway House” and “This Weather,” respectively. It’s no surprise, then, when Wolf’s voice turns into a hoarse growl on the electric “Tristan,” an oddly life-affirming two-and-a-half-minute pop song (or the closest we’re going to get to one here) that quite simply is the epitome of sex(y). Wolf is indeed young and “alive”—fucked and fucking, as he says.

Wind in the Wires teems with spirits and storms, mapping Wolf’s journey from the big city to the more rural South and his stay in Cornwall, but he also takes the time to make some more tactile cultural observations (judgments, really), not-so-silently critiquing various social figures on the opening track “The Libertine” and taking jabs at the music press on “Lands End.” The latter is particularly jarring in that it strays from the allegorical nature of the rest of the songs, but it’s a mere wrinkle on an otherwise unblemished cloth and its sprightly folk leaves the album on a cheery note. Wind in the Wires isn’t innovative in the traditional sense, at least not in the way we’re used to (musically, we’ve heard most of this before, albeit in bits and pieces: Depeche Mode, Divine Comedy, Nick Cave, Stockhausen, Morrissey), but it’s the way the album’s 14 songs are assembled, the postmodern précis of more than 50 years of rock n’ roll, that seems like uncharted land.

Review: Incubus, A Crow Left Of The Murder