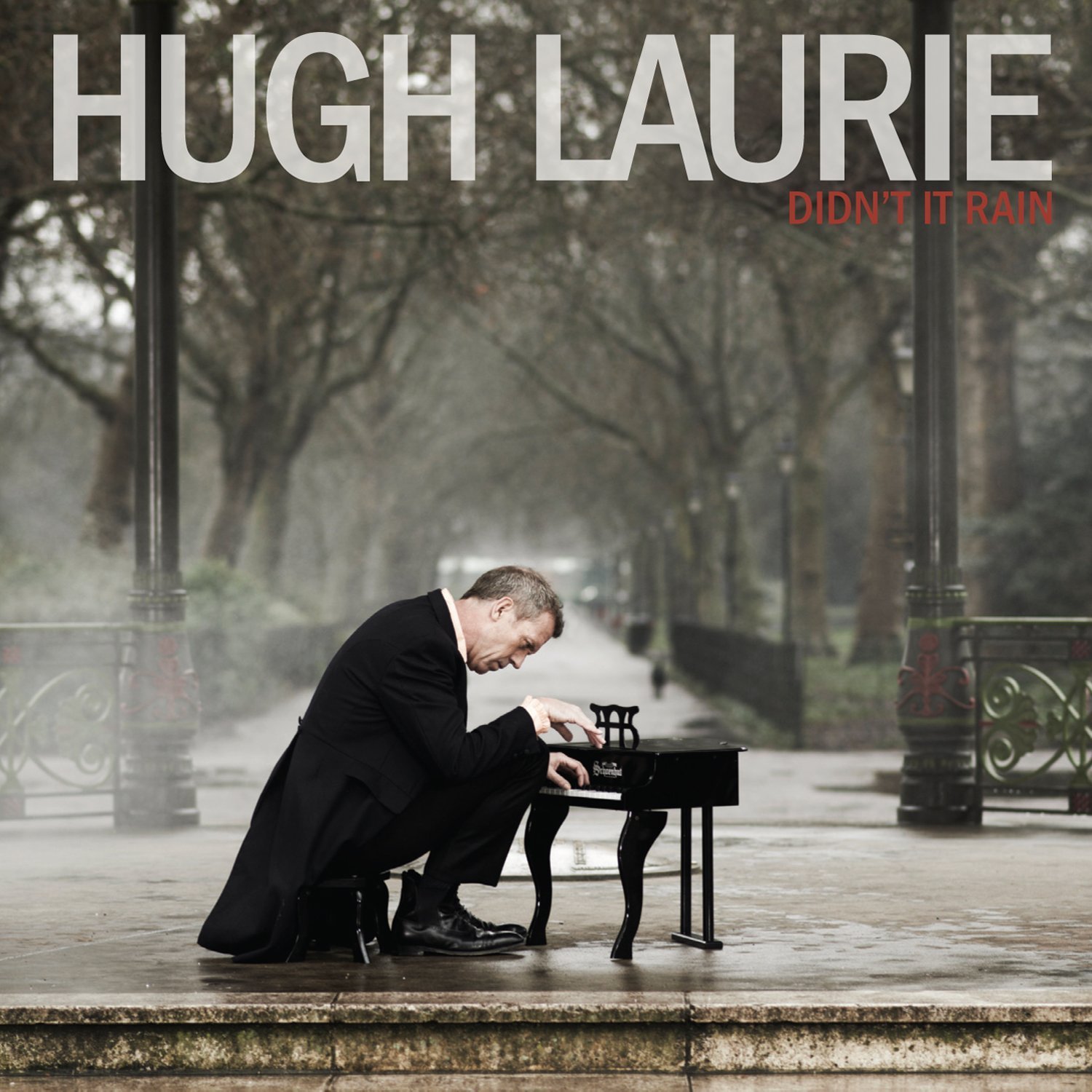 Though Americans know Hugh Laurie as the cane-twirling, Sherlockian M.D. from House, British audiences and early-‘90s PBS devotees will remember him as the immaculately empty-headed straight man on Fry & Laurie and Jeeves & Wooster, in which Laurie performed music-hall spoofs on piano, singing with an OxBridge polish and a set of jazz chops that managed to play as effortless. Followers of his vaudeville-tinged career may be surprised by how long Laurie waited to record his first album, 2011’s Let Them Talk, and his sophomore effort, Didn’t It Rain, is similarly filled with straight-faced American blues with a tilt toward the Crescent City.

Is it hard to tell whether Laurie’s delivery is spoof or tribute? Yes, and the album cover illustrates this ambiguity: Laurie, looking serious (perhaps even bluesy?), fiddles on a dwarf piano, while the album’s title is about as non-committal as it gets. But then, a certain measure of camp is coextensive with playing a crooner. (Ira Gershwin was a brilliant lyricist, but some of those puns!) On Fry & Laurie, Laurie played a gentleman pianist in white tie; a leather-clad, over-earnest, guitar-slinging singer-songwriter; and even a very broad punk rocker. But outside comic sketches, his most powerful pleasure appears to be the deep cuts of the great American songbook, which he embues with an old New Orleans sensibility that never feels like wax-museum muggery. “Kiss of Fire” and “Hate a Man Like You” play as high camp, but by and large the arrangements are tasteful and distinct. Laurie’s piano-playing doesn’t boast the second-line freakery of Dr. John, but he’s a sensitive ensemble player and an excellent singer who knows his limits and gives them a wide berth. Of special note are his licks on “Wild Honey,” a thoroughly legit piece of New Orleans revivalism that would probably get the Preservation Hall guys hot under the collar.

A few listens will affirm that Laurie really isn’t hedging his bets, after all. If he recedes once or twice into self-effacing muggery, it’s because his comic instincts live in his skin, and consider how many blues revivalists deliver anachronistic absurdities with a blissful lack of self-awareness. Laurie, meanwhile, works well with his backing band, his songstress-collaborators, and his own foreigner’s relation to the source material. If Laurie hasn’t produced something new under the sun, he nonetheless brings more light to certain dark places of the songbook than all too many American interpreters. Those nods and winks are but a very modest price of admission.