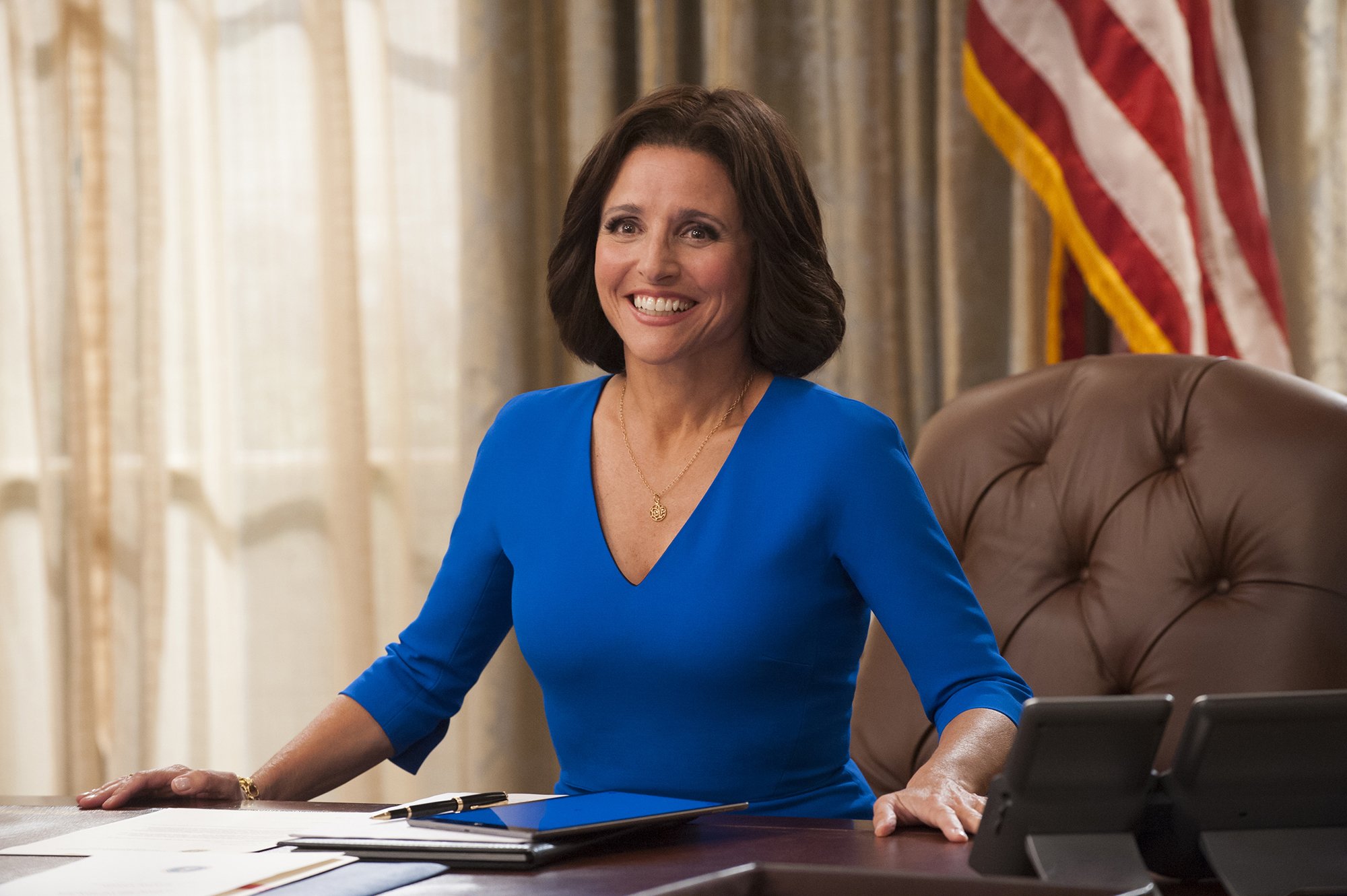 In its fifth season, Veep continues to typify American politics with a brand of acidic cynicism that yields big laughs—and increasingly predictable, overtly unlikable characters. As the show’s last season ended, President Selina Meyer (Julia Louis-Dreyfus) was eyeing something of a dogfight with her Republican rival when they tied in the presidential election, and a large portion of season five is dedicated to the minutiae of a ballot recount. Veep admirably follows the intricate nuances of political procedure, with Amy (Anna Chlumsky) and Dan (Reid Scott), the president’s erstwhile chiefs of staff, racing off to Nevada to run the ground operation for the crucial recount while Selina makes a bid to look presidential, including a race symposium manned exclusively by white people. Overall, it’s a convincing enough portrait of the absurdity of modern American politics. But it’s exactly this authenticity that makes the contemptuous characters feel aggravatingly one-note in comparison.

Those who’ve seen former showrunner Armando Iannucci’s The Thick of It, or his debut feature, In the Loop, will, even in his absence, recognize his caustic view of those who run for and maintain political office. When Selina’s mother falls ill, it quickly becomes clear that the president had a psychologically traumatic upbringing and that Mom was a strident narcissist, as Selina’s attention is more focused on delaying (and, then, moving up) a deadline for the recount than spending time with the dying woman in her final hours. It’s incredibly similar to the climactic UN vote delay from In the Loop, but that’s ultimately not what’s most irksome about this sequence of events.

Throughout the ordeal, Selina belittles, bullies, and offers petty criticisms to everyone around her, the type of acts around which the series revolves. There’s no moment of self-awareness, not even a quick flash of humanity or humility in her character, and though she delivers some pointed guffaws, Selina feels as if she’s molded simply to allow for the most put-downs and embarrassing slip-ups possible rather than to evoke a full range of emotions.

Of course, it’s easy to imagine that politicians at this level of government are all egomaniacal monsters who see nothing outside of the realization of their ambitions and the ascension of their stature. And were the aesthetic, language, wardrobe, and line delivery not so tirelessly detailed to reflect the real world, it would be a lot easier to believe that this is a heightened version of Washington D.C.’s den of snakes. By never seeing much of a vulnerable side to Selina or, for that matter, simply seeing her recognize that she’s acting like a complete asshole half of the time, Ianucci and his creative team deny the character of any real depth or complexity. And with the exception of Hugh Laurie’s Tom James, there are almost no characters who push back on her behavior, and the simple fact that she’s the president and holds power over all doesn’t make their cowardice or denial seem any more believable.

In their depiction of some of the show’s supporting characters, such as Selina’s press secretary, Mike (Matt Walsh), and her daughter, Catherine (Sarah Sutherland), the writers display a much more vast landscape of hopeful and vulnerable characteristics and emotions, such as when Mike and his wife (Kathy Najimy) begin the process of adopting a baby from China. This sort of sensitive and personable act rarely, if ever, extends to Selina though, limiting both the main character and the trajectory of the series, as nothing but her job is ever really at stake; we don’t see any side of the character’s personality beyond calculating, desperate, petty, or cowardly.

The battle over whether Selina wins or loses doesn’t really matter throughout the early stretch of the new season because the writers have made it abundantly clear that all politicians are two-faced, self-obsessed lunatics. The result is that Veep comes off as merely outrageous rather than insightful, violently cynical rather than thoughtfully skeptical, and avoids bigger political questions that it intermittently alludes to by taking the attitude of a snarky 10th grader who just heard Bill Hicks for the first time.