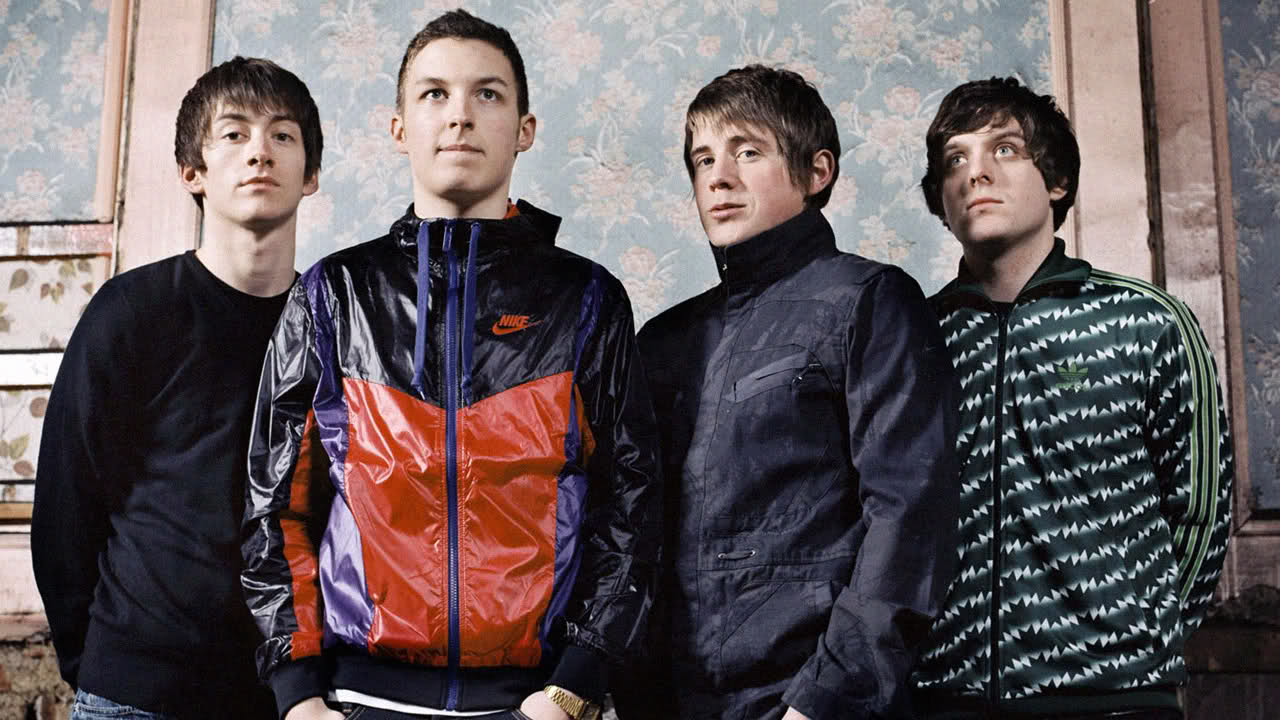 Arctic Monkeys, “Brick By Brick.” Following his pseudo-desert sessions with Josh Homme in 2009, Alex Turner’s mischievous attitude and piquant witticisms were filtered through 40 years of lo-fi psychedelica and impassioned classic-rock posturing to create Humbug, Arctic Monkeys’ hitherto magnum opus. The group has entered musical puberty of sorts, then, with the forthcoming Suck It and See promising a more “vintage sound.” On the teaser “Brick By Brick,” Sheffield’s poet laureate writes about feeling love and rock n’ roll with a decidedly vintage flavor, recalling Jim Morrison one minute and a fresh-out-of-university Damon Albarn the next. Musically, it may lack the mystique of Humbug’s doom-and-gloom desert rock, and the lyrics are more matter of fact than Turner’s usually punchy prose, but “Brick By Brick” is a promising first piece in Arctic Monkeys’ “vintage” jigsaw. Huw Jones

Lady Gaga, “Born This Way (Country Road Version).” Released as a gift to her Twitter followers, Lady Gaga’s “Born This Way (Country Roads Version)” is one of the few genuine surprises the pop icon has offered of late, now that her attempts at provocation have become somewhat rote and predictable. Did anyone anticipate that world’s biggest pop star would use a remix of her current dance-floor anthem as an opportunity to interpret contemporary country music? Though the country version of “Born This Way” is as problematic as its original incarnation, the production here is the selling point: Its thundering percussion lines, aggressive harmonica runs, and heavy electric guitar riffs all play out as an accurate assessment of how so much of modern country sounds, while the energy, message, and POV remain definitively and distinctly Gaga. Jonathan Keefe

Panda Bear, “Surfer’s Hymn.” The best Panda Bear songs tend to evoke idealistic beach scenarios: friends huddled around fire pits, nervous first kisses on a pier, seagull formations disappearing into the horizon. But as anyone who has ever wasted an evening at one can attest, public beaches are hardly that romantic. With its busy swirls of tropical percussion and helium-pitched backing vocals, “Surfer’s Hymn,” the fourth and final advance single from Panda Bear’s much-anticipated Tomboy, offers a more realistic beach scene: the sweaty disorientation one feels after hours of searching for an unoccupied patch of sand inside a maze of folding chairs, empty lotion canisters, and volleyball nets. Menacing gurgles and hisses churn underneath the song’s woozy melody, while samples of collapsing waves suggest the dizzy aftermath of a Corona commercial. Jaymie Baxley