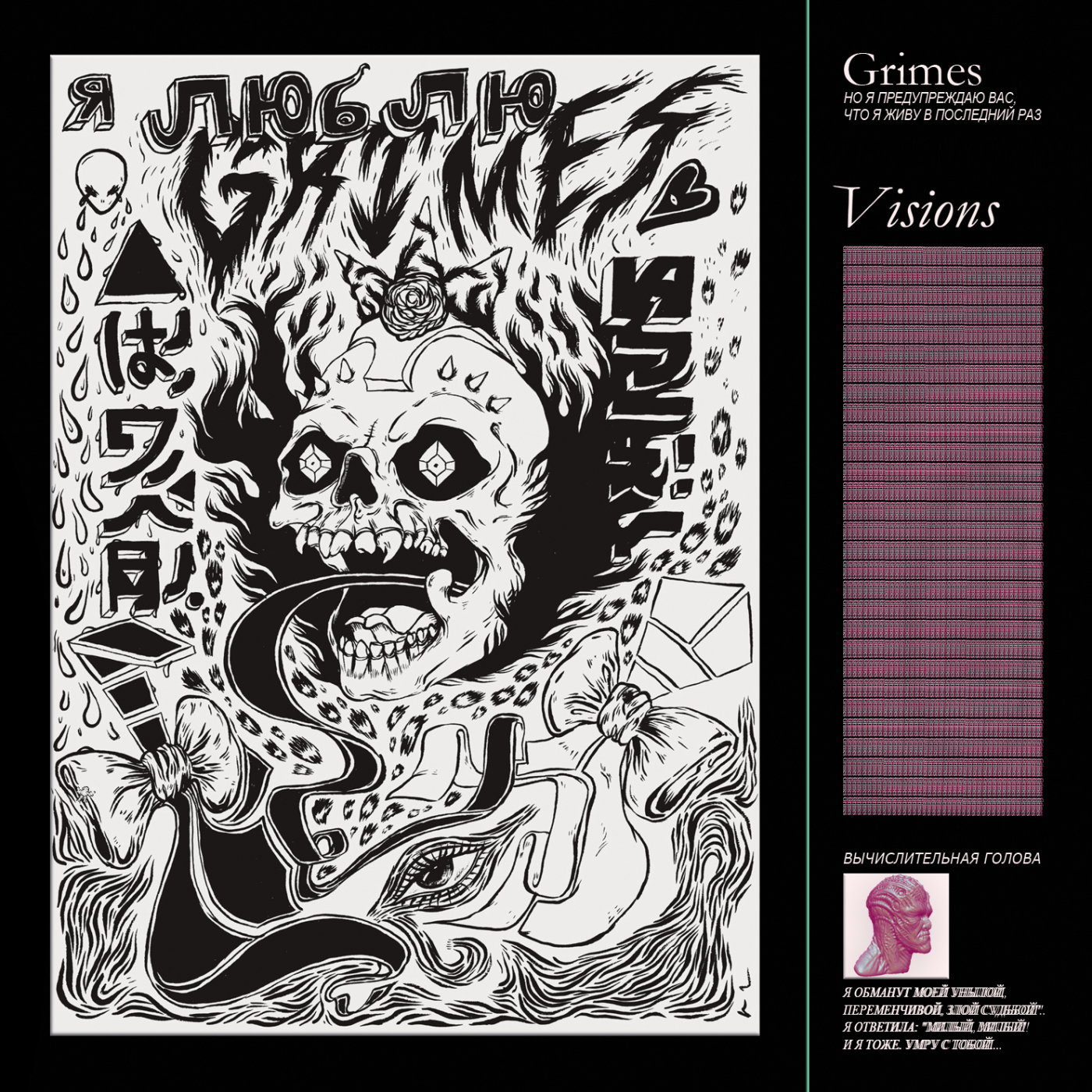 “Genesis,” the second single from Grimes’s Visions, seemed to hint that Clair Boucher was on her way to making a Lykke Li-like thrust toward popular appeal. After all, the poppier-than-usual track had arrived on the heels of Boucher’s gig as opening act for the Swedish singer in 2011, and her move from obscure Montreal label Arbutus to 4AD. But Visions is nowhere near the kind of accessible indie-pop vehicle that Li’s Wounded Rhymes was. Vignette-like and capricious, the album is a portrait of a songwriter indulging her mercurial tastes for her own satisfaction.

No review of Grimes’s music would be complete without touching on what dominates it the most: Boucher’s incomparable vocal style. She employs a combination of muttering, slurred enunciation, and whispers to craft a vocal style that exists somewhere between the beautifully alien and maddeningly incomprehensible. Aided in its undecipherable allure by delay and loops, the Canadian songstress’s voice is often employed more like a synth than a human element, layered into various chunks and repetitions with the barest amount of articulation. On “Infinite Without Fulfillment,” her vocals act as both leads and accompaniments, their flighty melodies set to a clopping, buzzing percussion. This frequent pairing of erratic voice parts and sparse rhythmic elements lends Visions a kind of quiet, deserted quality where tracks are more akin to adrift movements rather than completed songs.

Boucher finds her comfort zone in the sporadic bits, where’s she free to be her inspired, albeit nonsensical, self. Visions’s finest moments are where the plush, conventional production values of tracks like “Genesis” are stripped away in favor of whimsy. The cyclical drum-machine march of “Vowels = Space and Time,” for instance, is the song’s only predictable structural component, allowing Boucher to invent a dozen or so intricate countermelodies over its four-minute runtime using only her voice and some echo effects. Ditto on the album’s best offering, “Skin,” where Boucher’s bird-like voice is allowed to morph along to a collage of warm bass, scattered synths, and the pattering of digitized percussion.

Visions is a flawed but intimate glimpse into the fantasies of its creator, and while it might not act as a springboard to greater fame for Grimes, it’s just as satisfying to hear her take her bedroom music into a darkened basement, away from the prying world.