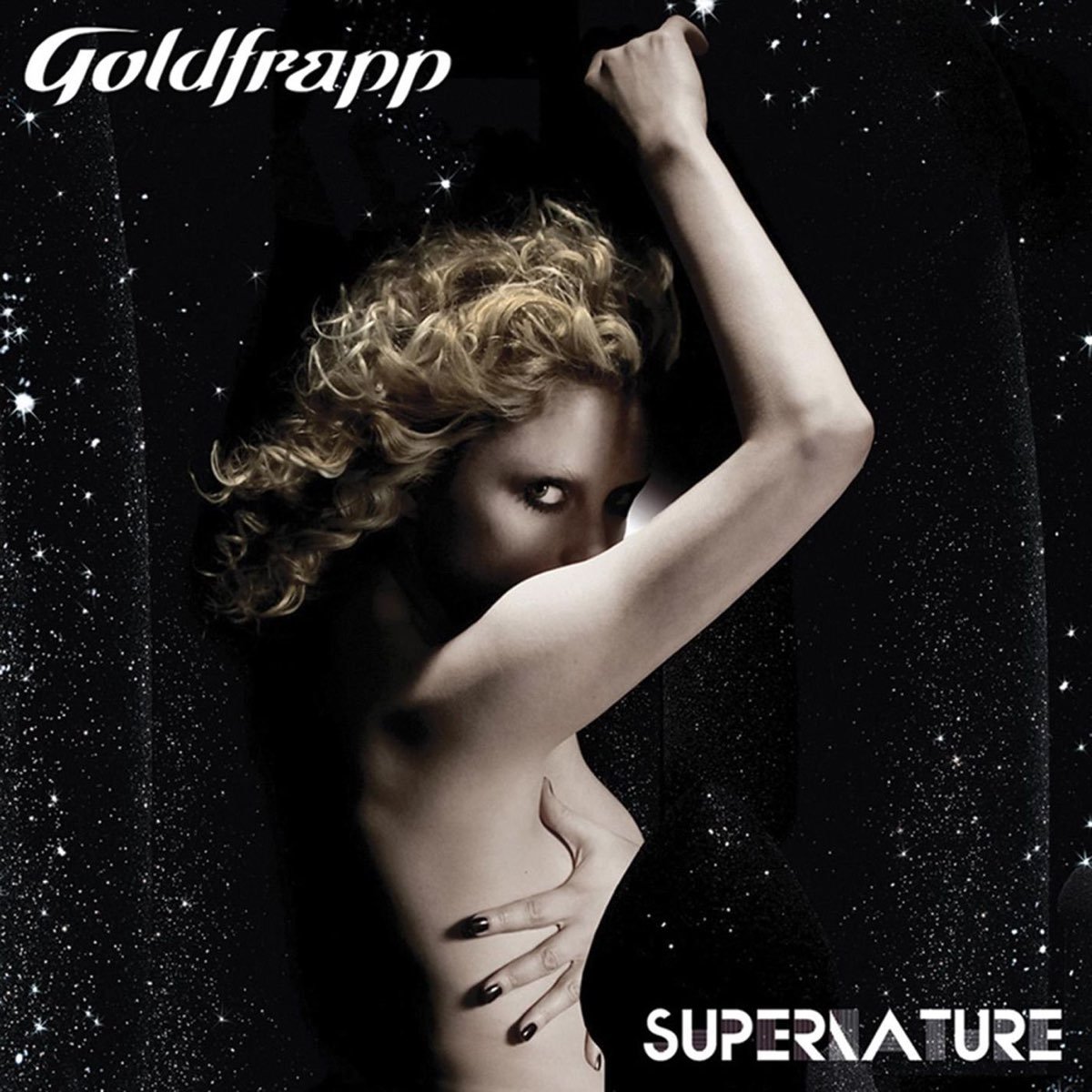 It’s rare that an artist can completely reinvent herself as seamlessly and convincingly as Alison Goldfrapp has, from the spacey trip-hop chanteuse of her debut Felt Mountain to the future-disco dancing queen of 2003’s Black Cherry. On her junior effort with producer Will Gregory, however, Alison doesn’t make as strident a leap. Supernature picks up where its disco-pop predecessor left off, augmenting the remaining traces of Felt Mountain’s ambience (“Let It Take You,” which sweeps in and steals you like its imaginary tide, and the lush “Time Out from the World”) with swathes of glam-rock and stabs of tinny new wave. Rampant comparisons to Debbie Harry aren’t without merit; it’s impossible to deny the obvious musical lineage after listening to “Fly Me Away,” the bouncy “Satin Chic,” and the trendy “Number 1” immediately following Blondie’s new Greatest Hits collection (Supernature is the comeback album Blondie has yet to make). Gregory is an unquestionably able pop technician; Madge has been spotted with Goldfrapp’s new record tucked underneath her arm all over London, and it would be no surprise to learn that she even tried to snatch Alison’s main maestro away from her. But for a record called Supernature, the album is noticeably earthly; even if the hooks are less immediate (at least compared to, say, Kylie), the lyrics are far more accessible than those of “Lovely Head” or “Train,” albeit still poetic (“A broken heel like a heart/I’ll never walk again,” she laments on the U.K. hit “Ooh La La”). And “Ride a White Horse” is the kind of song that, if only in my fantasies, could make Americans start listening to dance music again. The way Alison says, “Now take me dancing at the disco,” you can’t imagine anyone refusing her.

Review: Goldfrapp, Tales of Us

“I’m a Lot Like You Were”: Jonathan Demme and Neil Young’s Heart of Gold