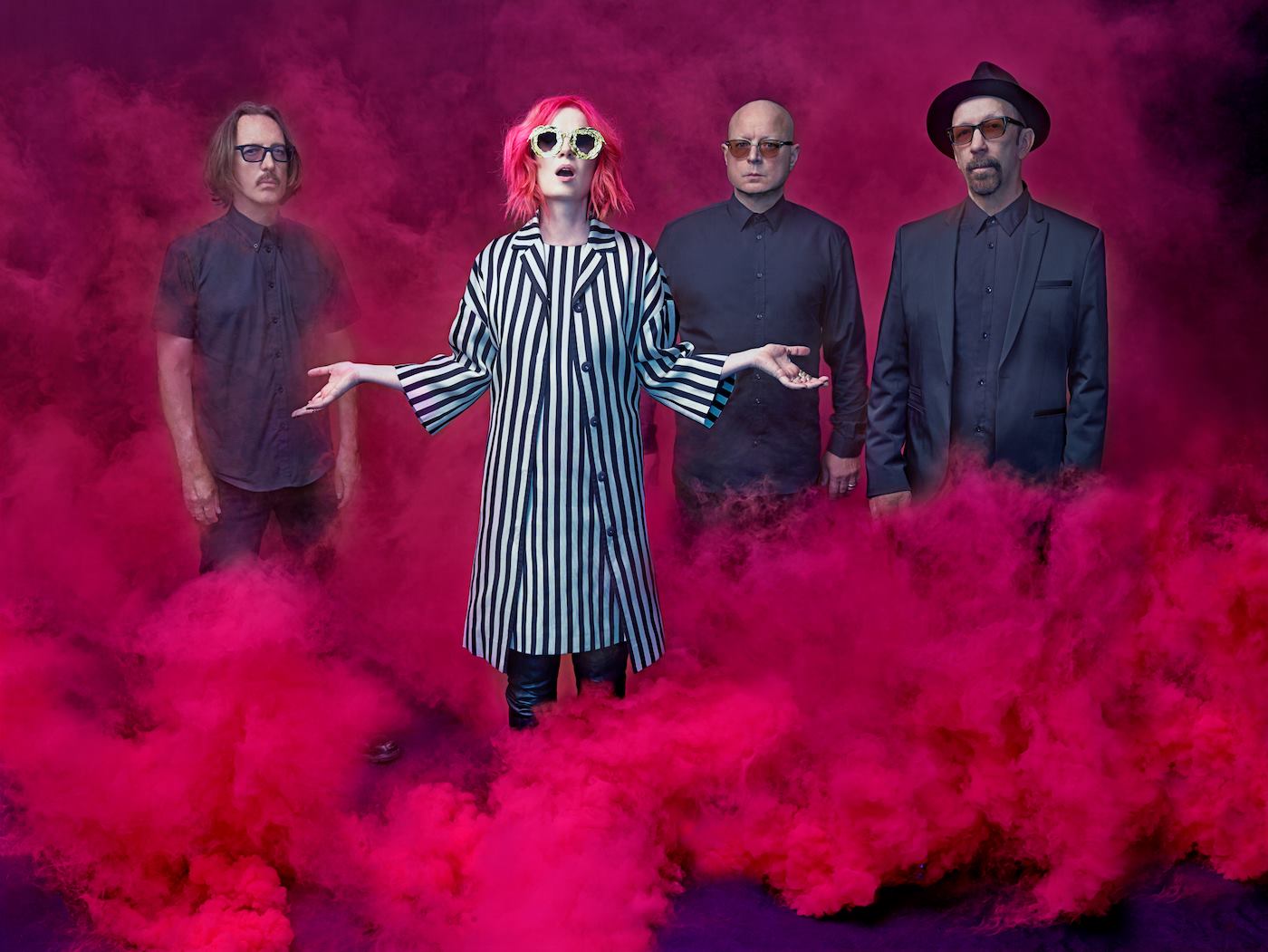 The meaning of the word “queer” has evolved over the years, even in its more modern iteration, from a pejorative slur against gays to—by the time the American-Scottish band Garbage employed it as a song title in 1995—a term reclaimed as a blanket descriptor for an increasingly diverse LGBT community. Of course, pseudo-etymologists Shirley Manson, Butch Vig, Duke Erikson, and Steve Marker’s “Queer,” released two decades ago this week, used the word in its most innocuous colloquial form—at least on the surface. But that their new tour is unabashedly called 20 Years Queer, a celebration of their self-titled debut album, suggests they’re aware of the progress that’s been made since their figurative coming-out party in the mid ‘90s. Since then, Garbage has been nominated for Album of the Year at the Grammys (for 1998’s Version 2.0), written and recorded a Bond theme (1999’s “The World Is Not Enough”), and reunited with some of the key figures who helped launch their career. I caught the band halfway through their tour at Brooklyn’s recently refurbished Kings Theatre, of which the band, who have toured the world over several times now, claim to have been in awe when they arrived. Here’s what I learned:

Early on, Manson—donning pink hair, a pink mod shift dress, and, of course, a pink feather boa—promised she wouldn’t talk much. But by the end of the night, she’d made a series of monologues, from a cute anecdote revealing the backstory behind the B-side “Driving Lesson” (it’s no surprise to learn the track was written and recorded in one night) to her long but sweet recollection of seeing the Smiths for the first time in a theater not unlike the one in which she was standing.

2. Garbage is officially a nostalgia act.

But take that as a sign of band’s self-awareness and strength. With rock radio struggling to reassert its muscle, and pop dominated by EDM and hip-hop, there isn’t much space for a 20-year-old band like Garbage. And while some acts continue to pander to trends or desperately court younger generations, Garbage seems content to embrace and commemorate the material that cultivated their still-loyal fanbase.

3. But they might be converting a few new fans.

Based on the Brooklyn audience in attendance Saturday night, the abovementioned fanbase consists largely of edgy thirty- and fortysomethings who are keen to introduce their kids to what radio pop once sounded like. One aging punk couple seated in front of me brought their teenage son, who flashed a quick, unconvincingly thumbs up at Mom when she checked in with him, but who later looked captivated by the majority of the adult crowd singing the refrain “Pour your misery down on me!” when Manson extended her mic out during “Only Happy When It Rains.”

With the exception of “Stupid Girl,” whose “Train in Vain” sample was embellished with a cyclical synth reminiscent of ‘70s Moroder, the band kept the arrangements faithful to the studio versions. Any other band, performing old songs for any other reason, might have axed the drum-n’-bass loop from Garbage standout “As Heaven Is Wide,” but the track’s nuances, from the explosive drum fills to the spacey keyboard chords, were audible even amid a set that placed the electric guitars and vocals so prominently in the mix.

5. They also liberally interpret their own rules.

Rock is about breaking the rules, and Manson’s announcement early in the night that the set would be limited to songs released and recorded during the 1995 – 1996 period, including more obscure B-sides like a cover of the Jam’s “The Butterfly Collector” and the still-chilling soundtrack hit “#1 Crush,” went off the rails when the band closed out a perhaps too-lengthy encore with two singles from their sophomore effort. The kinetic performances of Version 2.0’s “I Think I’m Paranoid” and “When I Grow Up” suggest Garbage is itching to take that album out on the road in 2018—and the audience’s reaction proves fans are ready to queue up for tickets.