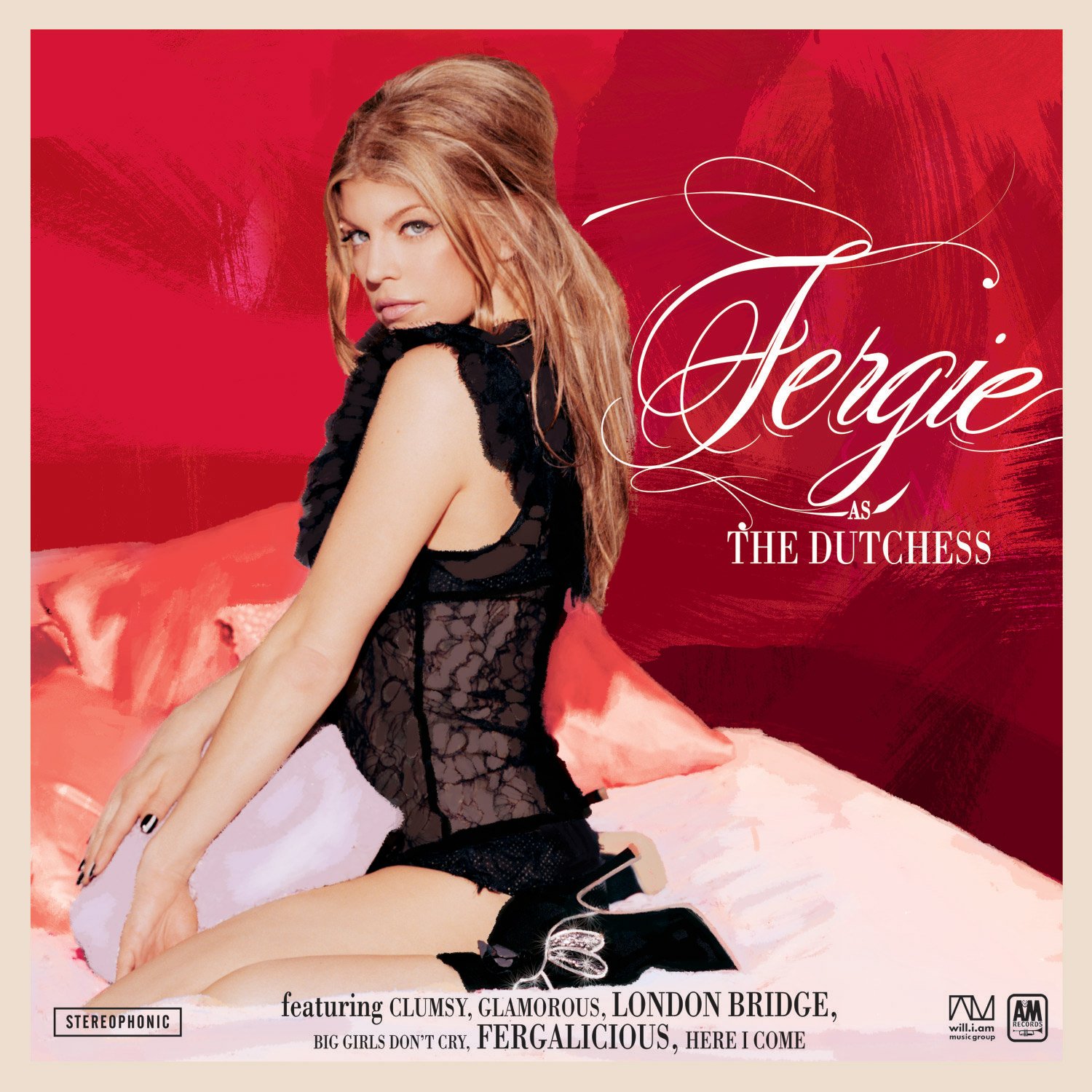 Stacy Ferguson, more popularly known as simply Fergie, is the ingredient that curdled the Black Eyed Peas. If the founding members of the originally “alternative” hip-hop outfit wanted to break into the mainstream, then they succeeded when they added the ballsy female singer to their lineup. But one can’t blame Fergie personally for the piping hot mess that is “Let’s Get It Started,” “My Humps,” et al. The increasingly ubiquitous will.i.am holds that responsibility, and his derivative yet infectious concoctions of recycled ideas, samples, and “interpolations” (it’s a fine line between “rip-off” and homage, and one that the songwriter-producer perpetually walks) make up the bulk of Fergie’s solo debut.

One such interpolation, “Fergalicious,” which apes J.J. Fad’s “Supersonic,” opens The Dutchess with a cartoonish Black Eyed Peas tone, and, of course, there’s that atonal lead single, “London Bridge,” which is obscene on many levels, and I’m not even talking about the fact that, R. Kelly’s entire output excepted, it’s probably the most uninspired metaphor for oral sex in recorded history. But the album quickly squashes the inevitable questions about the necessity of a Fergie solo outing: “Clumsy,” another sample-heavy will.i.am production, is crafty, candy-coated pop at its finest, and, like the retro, midtempo ballad “All That I Got (The Make-Up Song),” it showcases a previously unheard softer side to Fergie’s voice.

For someone who has a reportedly checkered past, Fergie’s lyrics don’t delve very deep, instead boasting about the luxuries and pitfalls of having record sales that “are on the mark.” The “London Bridge Is Falling Down” nursery rhyme is evoked a second time on “Pedestal,” which lashes out at gossip bloggers like Perez Hilton who “hide behind computer screens”; it’s a track, however, that succeeds production-wise but ultimately fails to illuminate our society’s obsession with the cult of celebrity. The album’s second half, specifically “Big Girls Don’t Cry” and “Losing My Ground,” scratches the surface of Fergie’s private life, but only barely.

“Mary Jane Shoes,” an ode to another kind of green, is a somewhat fruitless exercise in genre-splicing, cramming reggae, dub, and ska all into one four-minute song. The Dutchess touches again on reggae with “Voodoo Doll” and pop/rock with “Big Girls Don’t Cry,” which might be better suited for someone like Pink or Kelly Clarkson, to varying degrees of success. But the expectation was that, without her fellow success-hungry Black Eyed Peas to muddle the mix, the female voice of the group would focus on just that: her voice. And she does, particularly on songs like the theatrical, John Legend-produced “Finally,” but the album too often seems to be striving to display diversity at the expense of artistry.

Review: Emily Haines & The Soft Skeleton, Knives Don’t Have Your Back