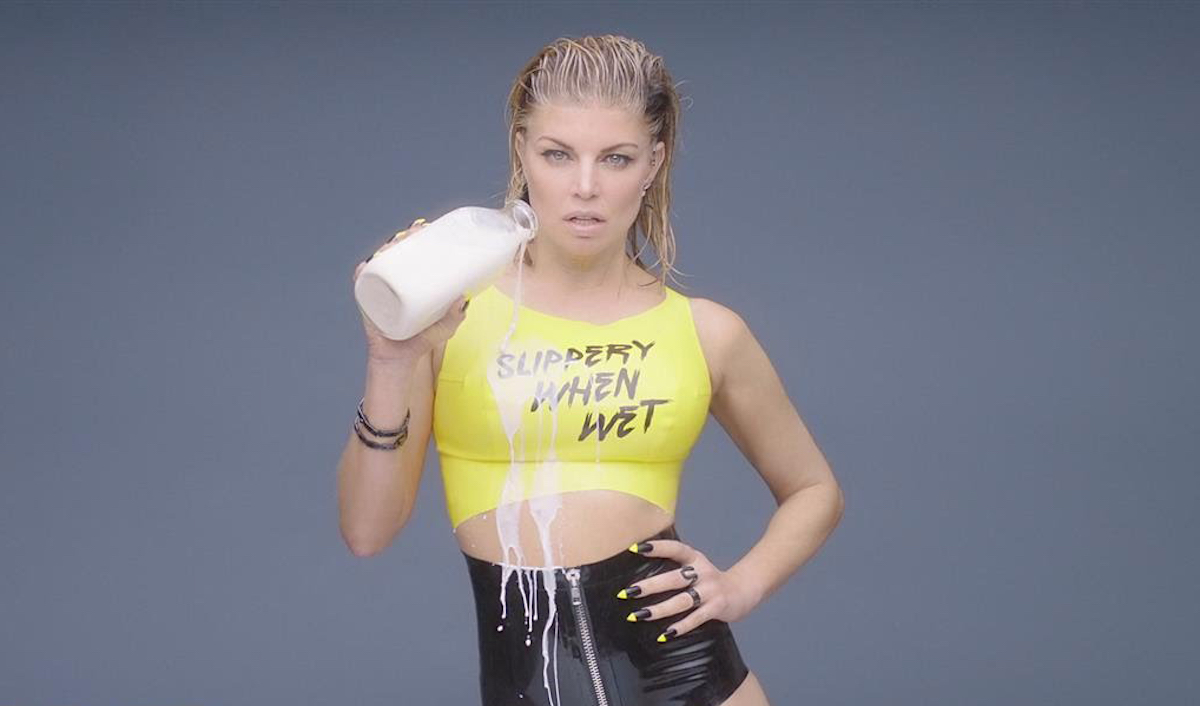 Fergie was a pop fixture a decade ago, but like Gwen Stefani, she abandoned her solo perch to reunite with her band and start a family. And both artists have attempted to make comebacks only to find the music landscape has changed dramatically. After a couple of false starts, Stefani shifted gears and released the über-personal This Is What the Truth Feels Like. The Black Eyed Peas singer, on the other hand, seems to be doubling down on the mid-aughts crossover urban sound of last year’s “L.A. Love (La La).”

Fergie’s new single, “M.I.L.F. $,” makes her previous effort sound like something you might hear on Lite FM. Opening with a skittering beat and sub-bass, “M.I.L.F. $” is an aggro party track that finds her spitting rapid-fire verses about the size of her bank account and her continued ability to run the club. If the lyrics make it seem like the fortysomething mother has something to prove, they also suggest she has an audacious sense of humor about it, offering to whip up “a little milkshake” from her “Dairy Dutchess Love Factory.” (It’s no coincidence that her mammaries are featured prominently on the single’s cover.)

Vocally, Fergie shifts to a lower register during the track’s pre-chorus before adopting a full-on belt, accompanied by a choir, during the bridge—a reminder that the singer can still blow. At less than three minutes, and with zero interest in current pop trends, however, “M.I.L.F. $” feels more like an album intro than a hit single. And maybe that’s all it’s meant to be: a reintroduction. With a milfshake on the side.