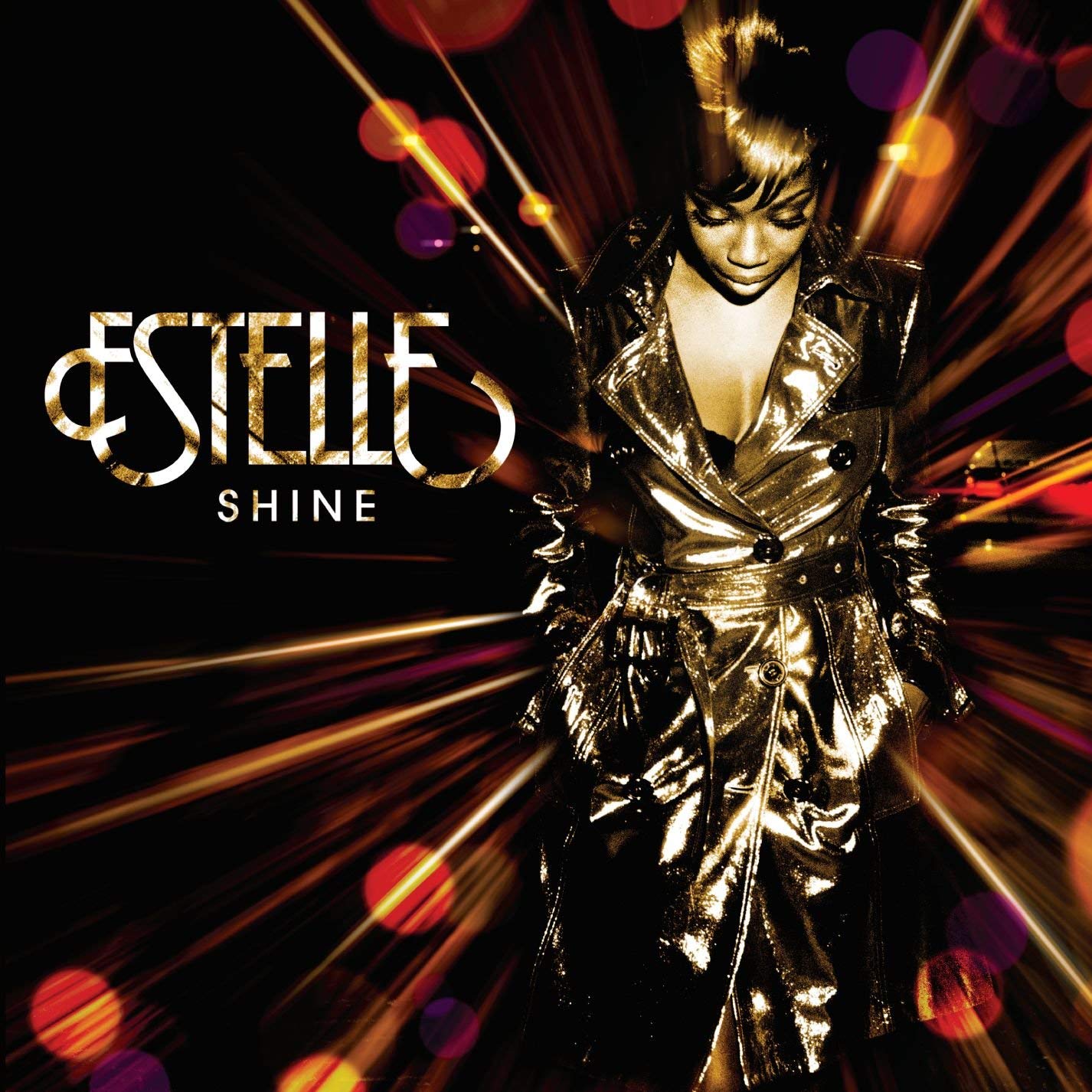 “Apparently you only get one chance,” West London singer-rapper Estelle sings on her second album, Shine, but what’s true in love isn’t necessarily true when it comes to transatlantic music careers. After parting ways with V2 Records, Estelle was spotted by John Legend, who signed her to his new label and ponied up the cash and called in some favors from a few of his famous friends—will.i.am, Wyclef Jean, Kanye West, Mark Ronson, Cee-Lo, and Swizz Beats among them—for the singer’s sophomore effort. The first two singles, the will.i.am-produced “Wait a Minute” (Just a Touch)” (a safe sex manifesto—or the ultimate tease anthem—that includes the fantastic lyric, “Wrap it up ‘cause I ain’t carryin’ your embryo”) and “American Boy” (already #1 in the U.K.), and a pair of Wyclef-helmed tunes, including the boisterous “So Much Out the Way,” are the album’s biggest and most immediate highlights. “No Substitute Love,” which updates George Michael’s “Faith” with references to text messages and the like, recalls Lauryn Hill’s mix of old-school soul and modern hip-hop, while “Come Over” (produced by Supa Dups of Chinese Jamaican collective Black Chiney) places Estelle’s lush harmonies on top of a measured dancehall/dub groove. Unfortunately, these effervescent uptempo tracks give way to same-y filler including “Back In Love” and “In the Rain,” but songs like “Pretty Please (Love Me)” are sure to appeal to fans of retro-revisionists Amy Winehouse, Duffy, and even Gnarls Barkley.