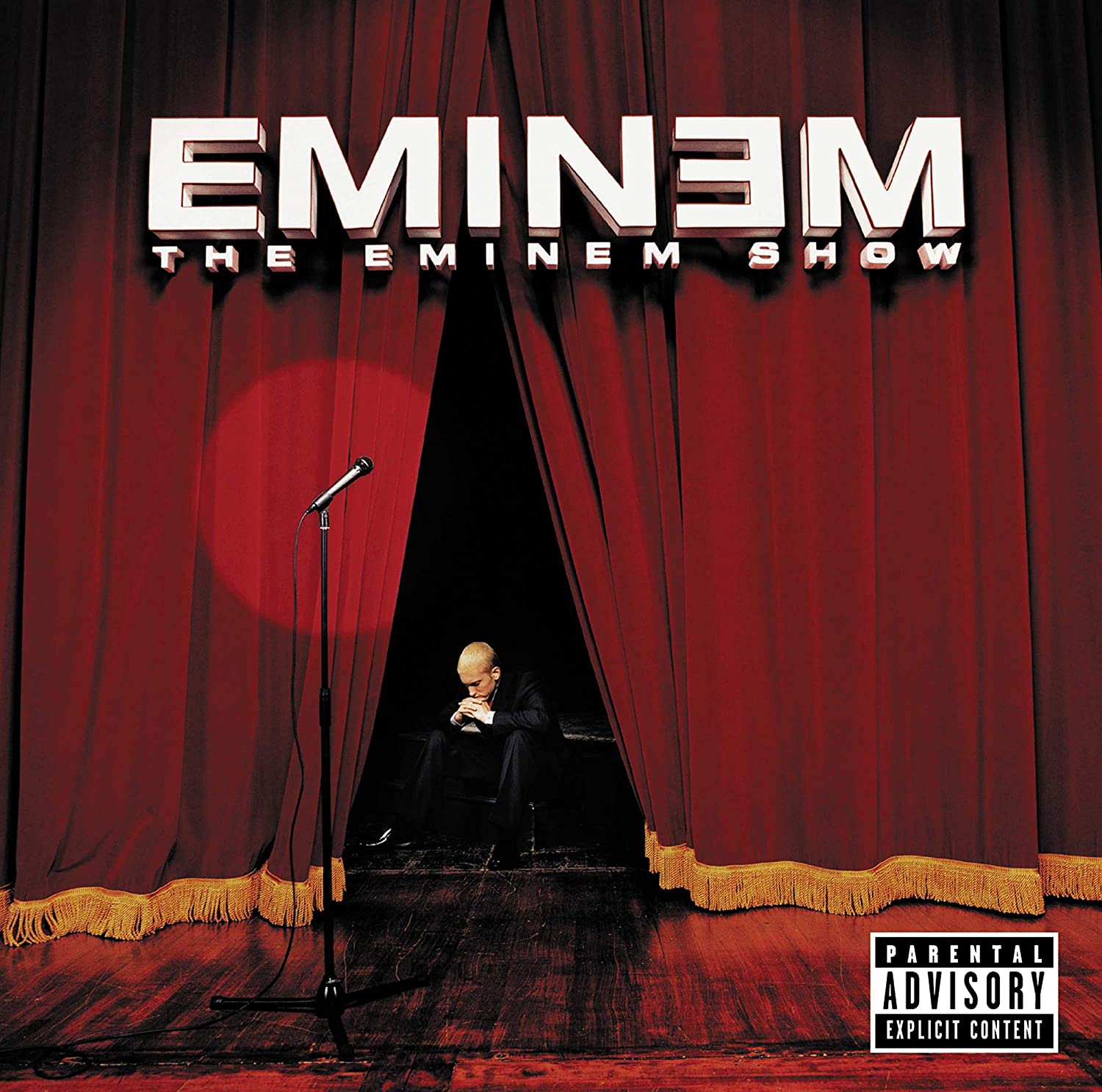 For a moment, let us look past the textbook homophobia, misogyny and “look at me!” playground bully antics. Let’s ignore the current swastika-like iconography and Eminem’s nonsensical Slim Shady/Marshall Mathers split-guise (can anyone really tell the difference anyway?). With his latest effort, The Eminem Show, hip-hop’s notorious white hope peels back some of the bullshit façade and reveals a little bit of the real Marshall Mathers. To make matters even more puzzling, the album displays a—dare I say it?—more “mature” Eminem. “When the Music Stops,” featuring D-12, acknowledges the fine line between hip-hop and reality while “Say Goodbye to Hollywood” reveals the rapper’s desire to give his daughter, Hallie, the life he never had (in the end, though, his goodbye is about as believable as Celine Dion’s farewell three years ago).

At times, Eminem speaks for anyone who didn’t blindly wave the stars and stripes in the wake of 9/11. On the scathing “White America,” he defiantly vows to “spit liquor in the face of this democracy of hypocrisy” (though he unfortunately ends the track with a safe apologia) and further questions American policies on “Square Dance,” a bubbly track that proves Eminem might just owe as much to Lucas with the Lid Off as he does to Dr. Dre. “Without Me,” the album’s first single, is a pop-friendly ditty that displays enough of Eminem’s talent for tight rhymes and well-timed controversy to validate his perpetual upward climb. But the hypocrisy of his childish retort to Moby’s public criticisms (“You 36-year old bald-headed fag…Nobody listens to techno!”) is evident in the track’s oscillating French Techno bassline. And it doesn’t help that he repeatedly likens Dre and himself to Batman and Robin throughout the album. Similarly, “Say What You Say,” an assault on fellow producer Jermaine Dupri, isn’t Eminem or Dre’s brightest moment. The track is plagued by a tongue-twisted hook and rather uninspired verses.

While there’s nothing as subversive as “Stan” or “Kim” this time around, “Drips,” a track featuring Opie Trice, is a fucked-up public service announcement aimed at “bitches” who stray and bring diseases home to their men’s dicks. Elsewhere, references to anthrax on Tampax and comparisons between his personal pain and the fears of “a little girl sitting inside of a plane aimed at the World Trade” are bound to raise some eyebrows. Yet The Eminem Show finds its star hyper-aware of the state of hip-hop (and the world) and even more conscious of his place in it: “I am the worst thing since Elvis Presley/To do black music so selfishly/And use it to make myself wealthy.” “Business,” “Soldier” and “Till I Collapse,” a track which features a deft interpolation of Queen’s “We Will Rock You,” find Eminem at his button-pushing best—even if it does seem like he’s pushing the buttons just because he can.