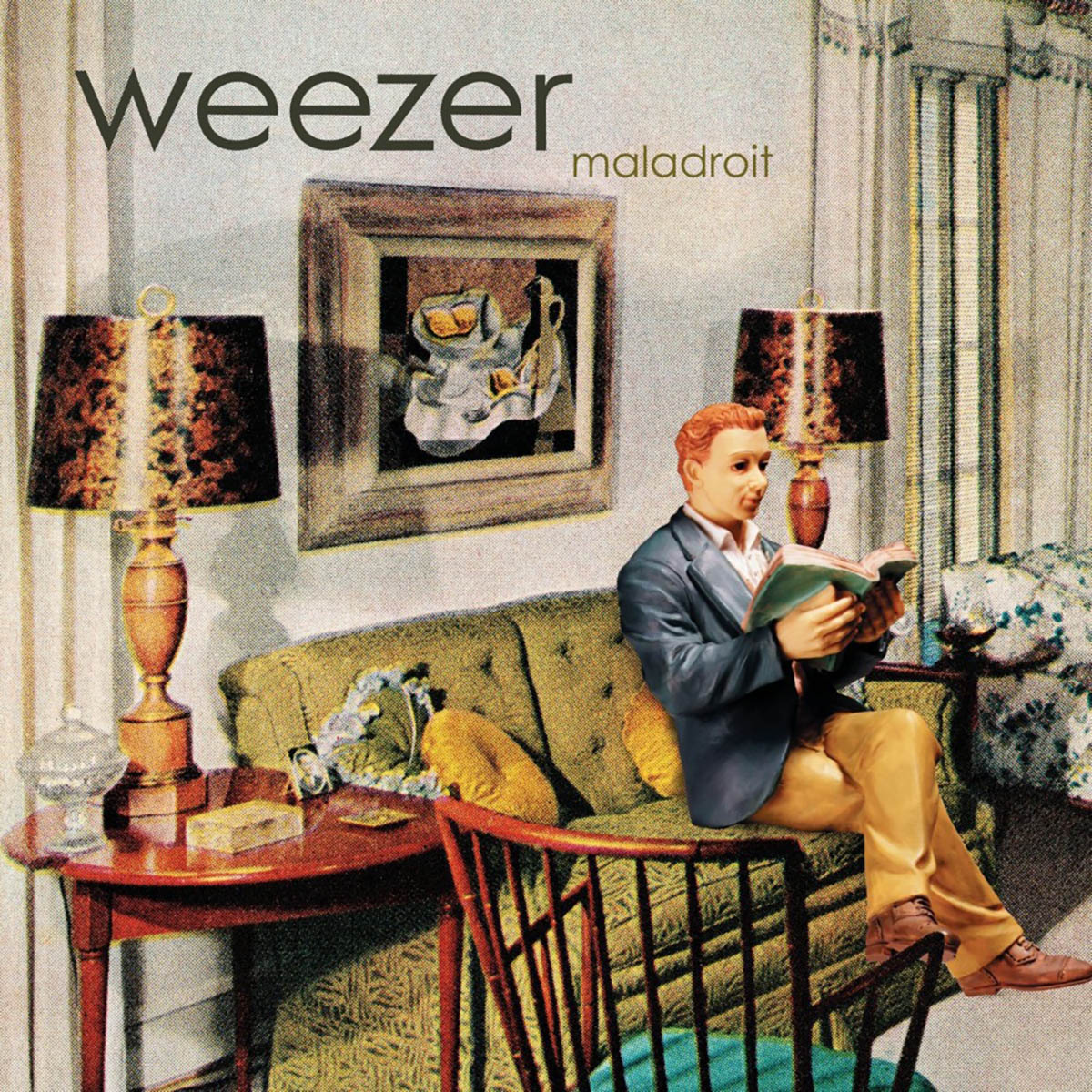 It is an indelible image courtesy of director Spike Jonze: Weezer, invoking the great dork spirit of Richie Cunningham, serenading the old Happy Days crew at Arnold’s Drive-In with their addictive tune “Buddy Holly.” It was 1995, the year Weezer mastermind and frontman Rivers Cuomo inherited the crumbling throne left vacant by the fading alternative gods. Weezer’s timing was immaculate: depression was becoming passé, Cobain was gone, and Green Day and the Offspring had picked up the tempo. Filling the good-times pop/rock vacancy, Weezer sold a few million records and crowned Cuomo (Buddy Holly, glasses and all) the new dork-king of rock. In case your high school coach didn’t already tell you, then Weezer will: timing is everything. Their moody, raw and brilliant follow-up Pinkerton fell on ears that were not ready to feel dejected again so quickly. After a five-year absence, Weezer returned with the Green Album, a run-for-cover lark that sold better but was so simple and passionless that it didn’t turn many heads away from the faux-anger of rap-rock. But as rock continues to spill over with testosterone, fresh faces like Jimmy Eat World and Tenacious D have snuck their lighter brand onto the radio, and there’s plenty room for more.

Enter Weezer’s Maladroit (and right on time, I might add). Though it’s unlikely that Cuomo will ever allow himself to write music as dark as the tracks on Pinkerton, at least he’s back to writing music with a pulse. Maladroit has a dynamic ebb and flow, moving from upbeat whoa-whoas (lead single “Dope Nose”) to plodding, heavy guitars (“Take Control”) and ballads like “Death and Destruction.” Aside from a few incomprehensible musings (“Cheese smells so good on a burnt piece of lamb/Fag of the year/Who could beat up your man”), Cuomo’s lyrics are predictably “baby you should be with me.” He has often managed to make this theme irresistibly listenable, but the album’s lyrics are unfortunately free of clever wordplay. In fact, none of Maladroit even hints at the fierce originality of the band’s early records, but it’s still undeniably Weezer. (Speaking of originality, Cuomo must be paying close attention to the Kylie Comeback because no one in their right mind would rip off “The Locomotion” as shamelessly as he does in “Love Explosion.”) Maladroit isn’t the next big thing, but at least we have something to listen to while we wait for it.