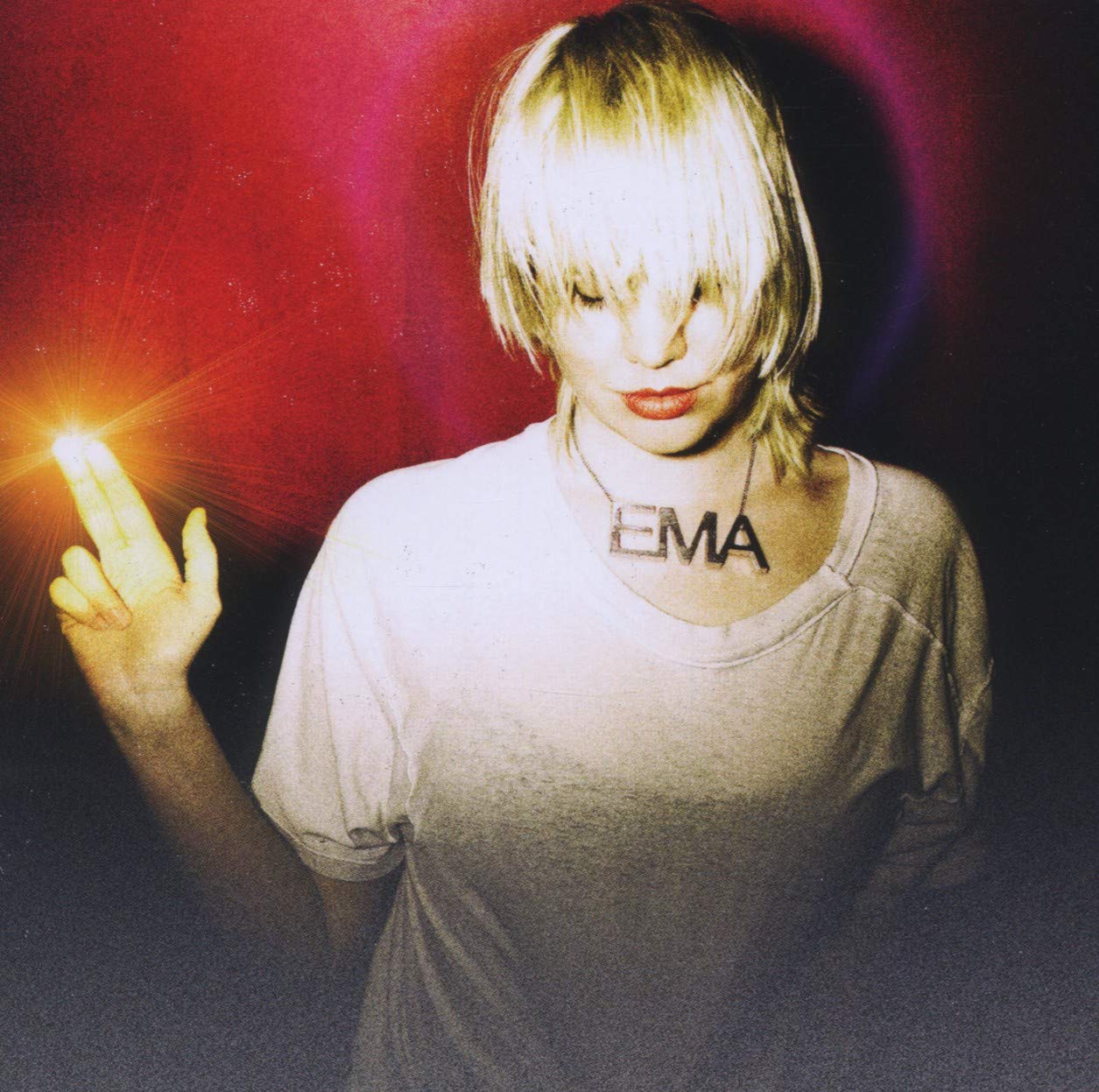 Rock music is not an uncommon way to deal with pain, either for the people who make it or for those who listen to it, but it’s rare when those raw emotions translate into a record as focused and accomplished as EMA’s debut, Past Life Martyred Saints. This is a transitional work in more ways than one, following last year’s fallout of EMA’s band, Gowns, which went relatively unnoticed for five years despite its reputation as an energetic, if caustic, live act. The breakup seems to have taken its toll on EMA (a.k.a. Erika M. Anderson), based on her self-reflexive goodbye blog post and her resulting solo material, an almost uncomfortably stark look inside the singer’s head space as she attempts to pick up the pieces and start over.

“California,” a noisy anthem full of distorted synths, opens with “Fuck California,” an unceremonious dis to the state of dreams and a goodbye to a life Anderson seems to have left behind. Much of the rest of the album follows suit, moving between past, present, and future in a state of perpetual spiritual unrest. “I’m just 22/I don’t mind dying,” she continues on “California,” quoting Bo Diddley. There’s a sense here of a person being moved around like so much luggage. Anderson describes her body in unnerving close-up on “Marked,” as if trying to break out of her own skin: “My arms, they are a see-through plastic…bloodless, skinless mask.” The song—which, like much of the album, turns into a kind of freakish romantic reverie—might be her most singular achievement. Hoarse and desperate, she repeats the chant, “I wish that every time he touched me left a mark.”

This may seem like heady material for a singer who’s only 28 years old, but it’s just as full of hilarious kiss-offs and bleak sexual comedy, as on the blues-inflected “Coda,” in which she details the grotesque extent of her romantic obsession: “When you showed up at that spot, I almost threw up on the spot.” Anderson feels completely at home in this mode, both shocking and soulful, inspiring comparisons to any number of other confrontational female singer-songwriters: Kristin Hersh, Liz Phair, Sophie B. Hawkins.

A more inappropriate comparison was made by Spin to PJ Harvey’s latest album, Let England Shake, to which this album could not be more dissimilar. In her recent work, Harvey has become the chilly self-anointed poet laureate of female rock, a high priestess above the masses. Anderson recalls a younger Harvey, but more direct and possibly even more brutal; you imagine her right down in the crowd with everyone else. You also get the sense that, unlike Harvey, she’s not playing a character so much as laying her feelings bare. Though Gowns foreshadowed a lot of what Anderson is about (avant-garde noise-folk, elliptical lyrics), going solo has allowed her to make something genuinely personal and almost frighteningly honest.

Review: About Group, Start and Complete