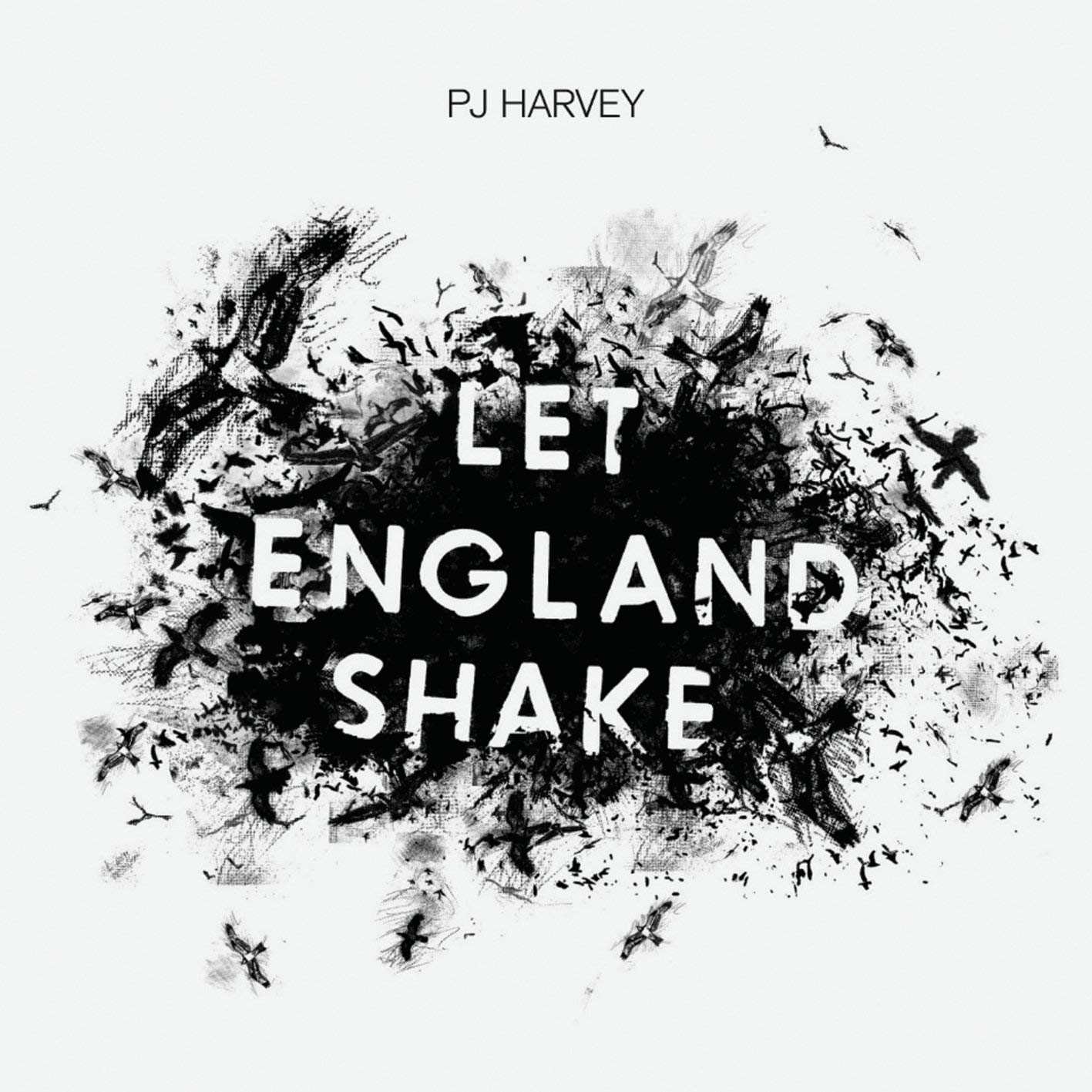 Following PJ Harvey’s career has been like watching a cat chase some invisible object, always poised but shrewdly ruthless. From the roaring energy of Dry to the sparse, haunting White Chalk, Harvey’s oeuvre has developed over a pattern of sharp turns, spanning such a diverse number of sounds that even returns to old ideas feel entirely new. Over nearly 20 years, she’s developed a specific set of familiar traits while never making the same album twice. Let England Shake borrows precepts from all over the singer’s canon, specifically extrapolating the piano-based concepts of White Chalk into louder, fuller renderings. The lyrical obscurity has bloomed into cheek and wit, the withdrawn singing into dizzying explorations of higher registers.

As the title suggests, this is Harvey’s “England album,” though it’s not so much informed by some broad concept of the place as it is an odd, vitreous sliver, continually polished over 13 tracks. There are no chummy sing-alongs hatched in pub backrooms or twee character studies or explosions of national pride. Its depiction is more mysterious and dreamy, recalling foggy moors, cold beaches, and old battlefields, representations of grimness that never luxuriate in gloom.

This is Harvey’s first album to experiment with saxophones, and the mournful sound of those instruments, always muted and forlorn, is one of its biggest identifiers. They’re one of many examples of traditionally masculine devices tamped down into dejected futility. On “Last Living Rose,” the instrument sounds almost comically glum, cutting through a misty seafaring narrative. So many of these songs mine the same narrative veins as those of Harvey’s former flame Nick Cave, but where Cave is all aggressive severity, these treatments are slithery and far less obvious.

The best example is repeated references to militarism and WWI, which read less as a fetish for the past than a fixation on displays of force made soggy through failure. “On Battleship Hill” invokes the devastating British defeat at Gallipoli in 1915, summed up with neat economy in a single refrain: “Scent of thyme carried on the wind/Stings your face into remembering/That nature has won again.” Harvey urges that off-rhyme into a quavering breeze. “The Glorious Land” sounds like a blustery bit of ‘20s Soviet agitprop, boasting of overflowing fields and iron plows, backed by a repeating, curiously weak trumpet charge.

Even the album’s apparent stylistic missteps are less outright mistakes than deliberate choices. The male voices that provide backing vocals are flat and anonymous, but like the sad saxophones and dredging up of past defeats, they’re elements in service of a theme. Putting the men of her country into a subordinate position, retelling old tales of battles and lost loves with the gender biases reversed, she wrests the mantle of her country from violent, brutish forces. Standouts like “The Words That Maketh Murder” suggest familiar Shakespearian intrigue and Celine-style blackness, with “soldiers that fall like lumps of meat,” bundling these into a composite picture of male dominance powerless against the eternal nature of the Earth. There are no mentions of the queen on Let England Shake, but its gender-specific take on rulership is implicit, creating a matchless musical world where Harvey reigns with autonomy.