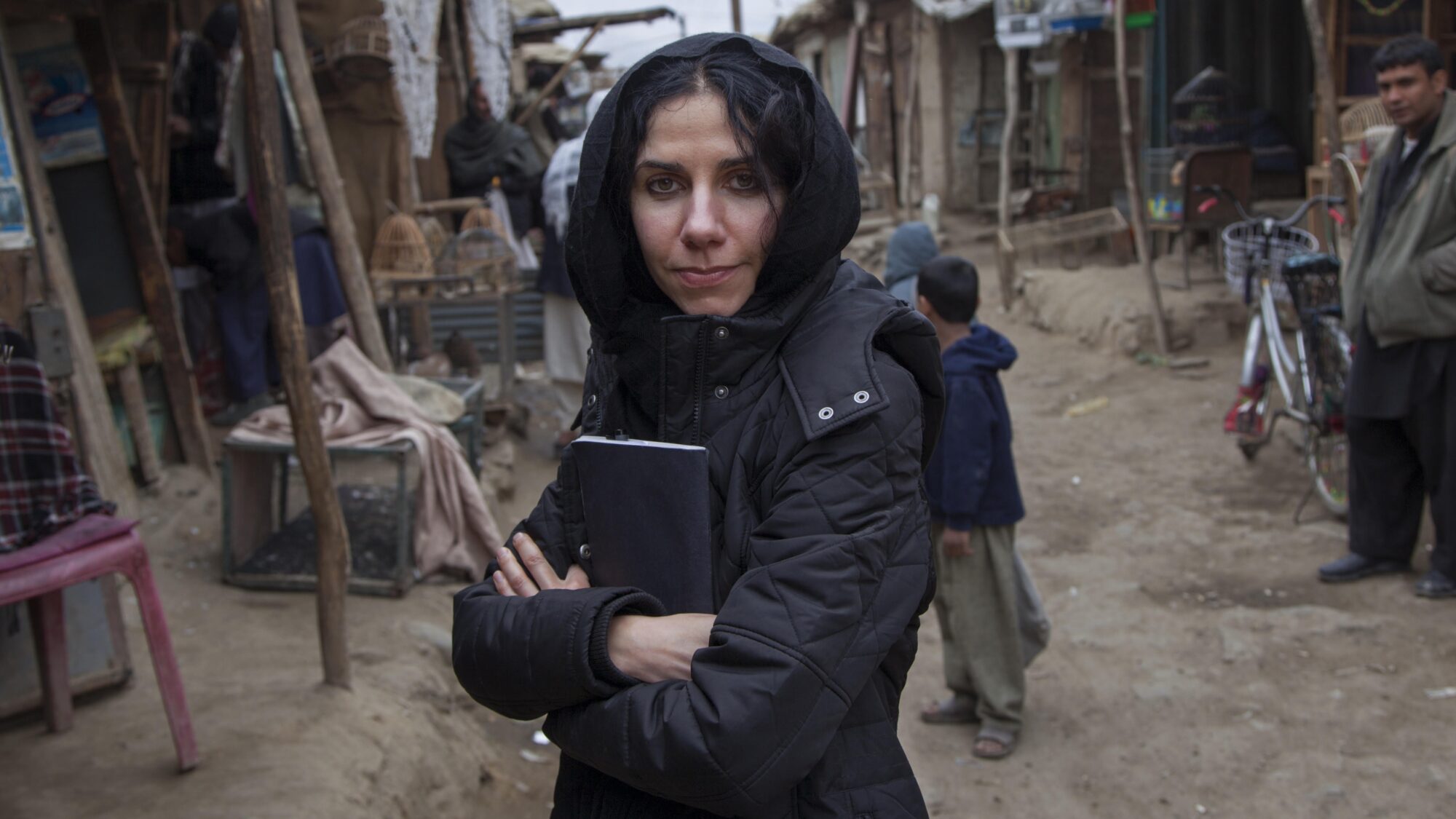 The ostensible goal of the Berlinale’s Panorama sidebar is to offer a 360-degree snapshot of the current state of world cinema, but this year its curators seem inordinately concerned with the pursuit of artistry. Alongside fiction films depicting emerging voices—Honor Swinton Byrne as a fledgling filmmaker in Joanna Hogg’s sublime The Souvenir, and Mei Kayama as a cartoonist with cerebral palsy in Hikari’s sweet-natured 37 Seconds—nine of the section’s 45 features are documentaries about creative talents.

Among these, A Dog Called Money is perhaps the most fascinating, albeit for all the wrong reasons. Directed by photographer Seamus Murphy, it charts the making of PJ Harvey’s 2016 album The Hope Six Demolition Project, which was directly inspired by trips the pair took to Afghanistan, Kosovo, and deprived neighborhoods of Washington, D.C. The famously publicity-shy Harvey then took the unlikely step of turning the recording process into an art installation, setting up a pop-up studio in London’s opulent Somerset House, and inviting members of the public to observe her at work through a one-way mirror.

Though the project appears to have been a noble attempt on Harvey’s part to broaden her political and cultural horizons, A Dog Called Money demystifies her creative process in a manner that proves extremely unflattering. Murphy presents the overseas excursions solely as material-gathering missions: We see Harvey exposed to human suffering in various guises, and hear her recite song lyrics that matter-of-factly recount her observations, but are offered no insight into her overarching aims for The Hope Six Demolition Project, and no sense of how these experiences may have affected her worldview.

There’s something strangely distasteful about the way Murphy juxtaposes haunting footage of Middle Eastern warzones and American ghettos with scenes of Harvey, safely cocooned in her sleek studio, joking around with her overwhelmingly white band as they endeavor to distill the world’s misery into a whimsical art project. And frustratingly, the film fails to address the controversy surrounding album opener “Community of Hope,” which describes Washington D.C.’s predominantly black Ward 7 as a “drug town” full of “zombies,” and which led to a local official ridiculously saying that Harvey is “to music what Piers Morgan is to cable news.”

Joanna Reposi Garibaldi’s Lemebel, which just won the Teddy Award for best queer-themed documentary, does a far better job of representing the aspirations and achievements of a politically motivated artist. The film explores the career of late Chilean writer and activist Pedro Lemebel, who spearheaded a public LGBT rights movement amid the hostile environment of Pinochet’s dictatorship. Weaving together evocative archive footage, intimate talking-head interviews, and grainy home movies, Garibaldi charts the formation of Lemebel’s provocative queer collective dubbed the Mares of the Apocalypse, his flair for attention-grabbing performance art, and his masterly manipulation of Chile’s mainstream media.

An erudite raconteur, Lemebel is fascinating when discussing the intersection of LGBT and working-class communities, and appears remarkably ahead of his time when explaining his rejection of the word “gay” and his reclamation of derogatory terms like “maricón.” Occasionally it seems that Garibaldi, who befriended Lemebel years before attempting to make the film, is a little too close to her subject to offer an objective portrait. She fails, for example, to interrogate Lemebel’s conspiratorial views about the origins of AIDS. But given the fearless, trailblazing nature of his work, a somewhat hagiographic approach can be forgiven.

Many would surely balk at the description of Eva Collè, an obscure twentysomething blogger and Instagrammer, as an “artist.” But her scattershot, disarmingly frank musings on Tumblr have inspired a formally ambitious documentary feature, Pia Hellenthal’s Searching Eva. The film delivers an impressionistic account of this nomadic young woman’s compellingly chaotic existence, encompassing her move from conservative small-town Italy to hedonistic Berlin, her professional experiences as a sex worker and fashion model, her embrace of sexual fluidity, and her struggles with drug use and mental illness.

To underscore the fact that Collè elects to live out her daily dramas before an enthralled online audience, the film is narrated by anonymous comments lifted directly from her blogs. But while said comments tend to be either blindly sycophantic or scathingly judgmental, Hellenthal delivers a refreshingly even-handed assessment of the benefits and drawbacks of online culture. Eva seems to derive much of her self-worth from the knowledge that she inspires others to be their authentic selves. And there’s a sense that the barrage of criticism she faces only strengthens her resolve to carve her own path through life.

Hellenthal’s perspective becomes much harder to fathom when she’s exploring Collè’s life philosophy, which seems to boil down to a flat rejection of any label you might try and attach to her. At one point, Eva states her intention never to work a conventional job, on the grounds that the working class must refuse to be defined primarily as a workforce in order to make its mark. But it’s unclear whether Hellenthal regards this as a bold political statement or the pseudointellectual ramblings of a self-involved millennial attempting to justify her decadent existence. Those who suspect the latter will likely have a hard time fully embracing Searching Eva, but its assured approach to nonlinear storytelling makes the journey worthwhile.

Berlinale 2019: I Was at Home, But, So Long, My Son, and Ghost Town Anthology