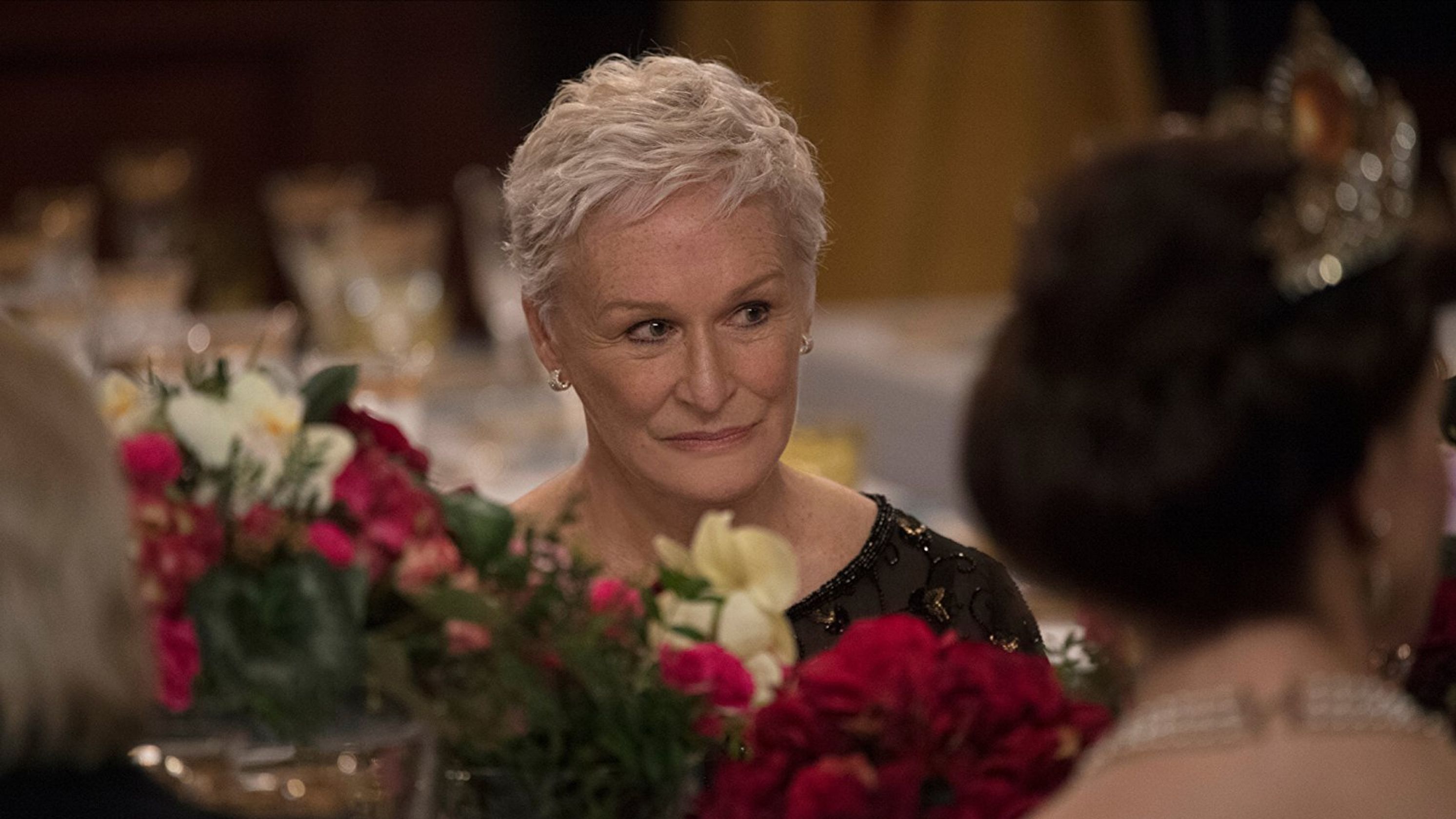 Sometimes it’s important to just step back and pay your respects to a remarkable actress for having given a performance that, while not your, um, favourite nominated one, is still deserving of an Oscar victory lap. Now, if only others felt the same. Very early on in the awards season, there was already a sense that this award could become a career-achievement coronation for the six-time losing Glenn Close—and that people were going to have a problem squaring that with the fact that her Oscar would be tied to a film perceived to be a piffle. That’s not an inaccurate perception, but it’s difficult to remember a time when critics have used that as an excuse to not do their homework.

In short, have you seen The Wife? Indeed, until the awards-media system’s attention shifted full time into covering AMPAS’s A Series of Unfortunate Oscar Decisions, it seemed as if every day brought us a new article by some pundit about the Oscar race in which it strangely sounded as if the The Wife was still a blind spot for the writer. Which is shame, because Close gives good face throughout the film. Certainly, few Oscar-nominated films this year are as absurd as The Wife, but I’ll do battle with anyone who thinks Close is getting by on her legend alone. Close’s triumph is recognizing The Wife’s inherent ludicrousness and elevating it, and without condescension, with a kabuki-like verve that seeks to speak to the experiences of all women who’ve been oppressed by their men. It’s a turn worthy of Norma Desmond.

Today, the most reliable Oscar narrative is the overdue performer. And if you take stock in that narrative, then you’ll understand why I texted Eric, my fellow Oscar guru, the following on the morning of November 29: “I think Close is going to Still Alice at the Oscars.” After that morning, when the New York Film Critics Circle officially kick-started the Oscar season (and gave their award for best actress to Regina Hall in Support the Girls), no actress ran the table with the critics and guilds, but most of the cards that matter did fall into place for Close, and much as they did for Julianne Moore ahead of her winning the Oscar for Still Alice.

This was a done deal when Close won the Golden Globe, received a standing ovation, and gave the night’s most impassioned speech, immediately after which Eric conceded that my instincts had been right. Of course, that was no doubt easy for him to admit given that, by that point, the oxygen had already seeped out of A Star Is Born’s awards campaign, leaving only Olivia Colman in Close’s way. Colman has worked the campaign trail in spectacular ways, giving speeches that have been every bit as droll as this, but in the end, she doesn’t have the SAG, and as bold and subversive as her performance certainly is, it isn’t sufficiently big enough to convince enough AMPAS members that Close should continue waiting for Oscar.

Will Win: Glenn Close, The Wife

Could Win: Olivia Colman, The Favourite

Should Win: Olivia Colman, The Favourite

Review: 1900 Obliterates the Barriers Between Story and History