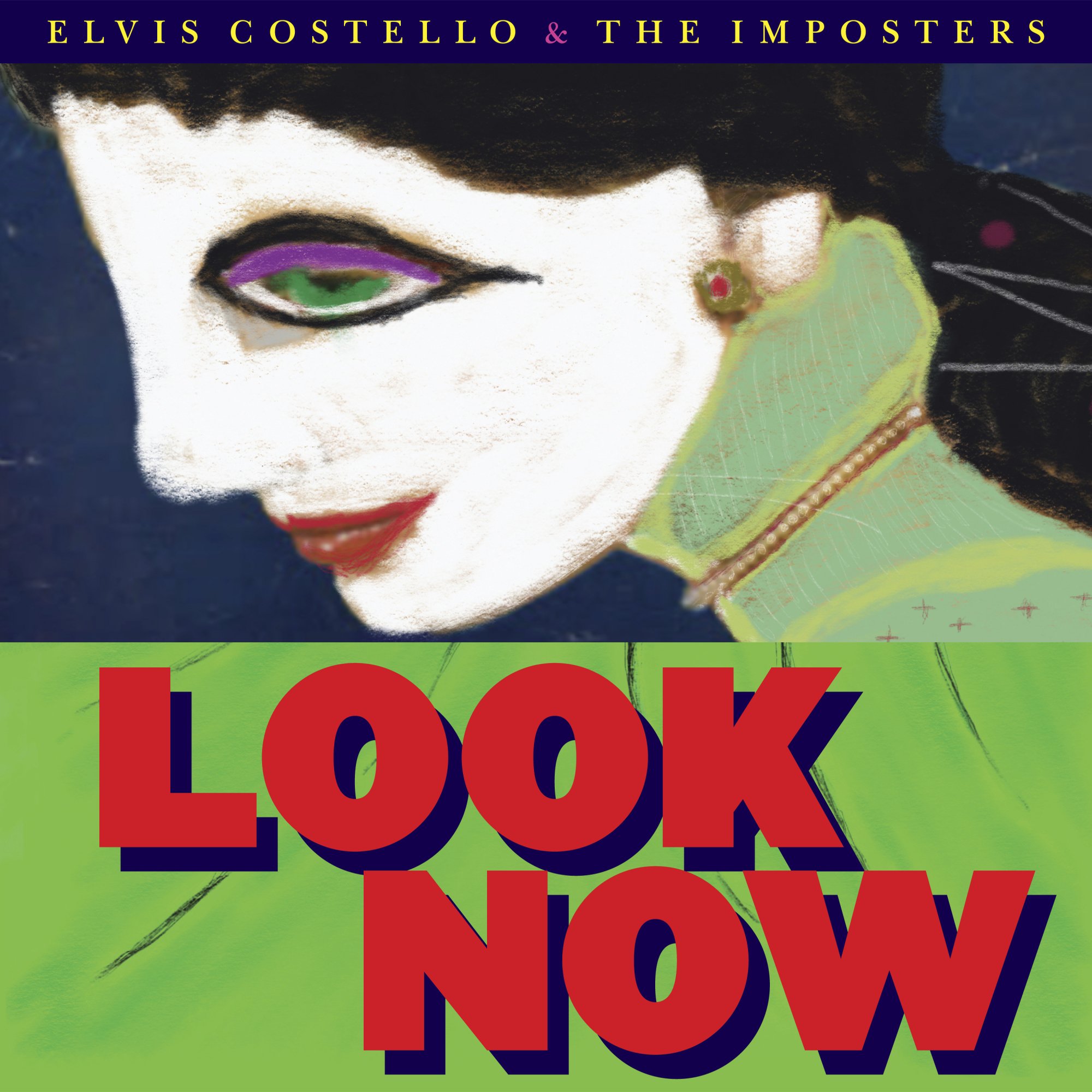 Some combination of healthy artistic restlessness and his inherent prickly nature drives Elvis Costello away from the safe and familiar. Look Now—the singer-songwriter’s first LP with his band, the Imposters, in 10 years—is an actual rock n’ roll record in the vein of those first few legendary albums he made with the Attractions. It also tastefully acknowledges the breadth of Costello’s diverse musical history, striking the perfect tone for a 64-year-old reflecting on the glory days, not trying to relive them.

Look Now marks Costello’s first new music since he underwent surgery to remove a cancerous tumor. So it’s not surprising that he sounds more vulnerable than usual. There’s still plenty of acerbic wit (the album opens with a quintessentially Costello line: “It’s a long way down from that high horse you’re on”) and clever social satire (“I Let the Sun Go Down” portrays a haughty lament over the fall of the British empire). But there are also surveys of sad memories (“Stripping Paper”) and what seem to be several invocations of a higher power, most explicitly on “Why Won’t Heaven Help Me?”

With its mix of rock and balladry, Look Now strikes a fine balance between the lively and the pensive, nodding to previous eras of Costello’s career. The bluesy bluster of “Mr. and Mrs. Hush” and the swelling Philly soul of “Suspect My Tears” hark back to Costello’s headfirst dive into black American music on Get Happy!!, while the twee marching band-style instrumentation on “Under Lime” and “I Let the Sun Go Down” recall the symphonic pop inflections of Imperial Bedroom. “Unwanted Number” is the sort of sneering yet vivacious pop song with which Costello made his name—but with a danceable twist that at least lightly flirts with the trappings of contemporary pop radio.

As on nearly all of Costello’s most celebrated work, keyboardist Steve Nieve defines Look Now’s timbre and plays its catchiest licks (Costello’s own guitar work, as is often the case, is kept largely in the background). Nieve’s creepy-sounding intro to “He’s Given Me Things” is the latest in a long line of keyboard lines that have defined Costello’s sound.

But the album also echoes other periods of Costello’s career, especially 1998’s Painted from Memory, his collaboration with Burt Bacharach (a partnership forever immortalized in Austin Powers: The Spy Who Shagged Me). There are two more Bacharach/Costello compositions here: “Don’t Look Now” and “Photographs Can Lie,” both slow-burning piano ballads that suit Costello’s unvarnished voice like a glove. There’s also “Burnt Sugar Is So Bitter,” a song Costello has been playing live for 20 years and whose groovy female choir bears the unmistakable fingerprints of its co-writer, Carole King. On Look Now, Costello possesses the wisdom and perspective to acknowledge the passage of time by only cherry-picking those pieces of his past that still suit him.