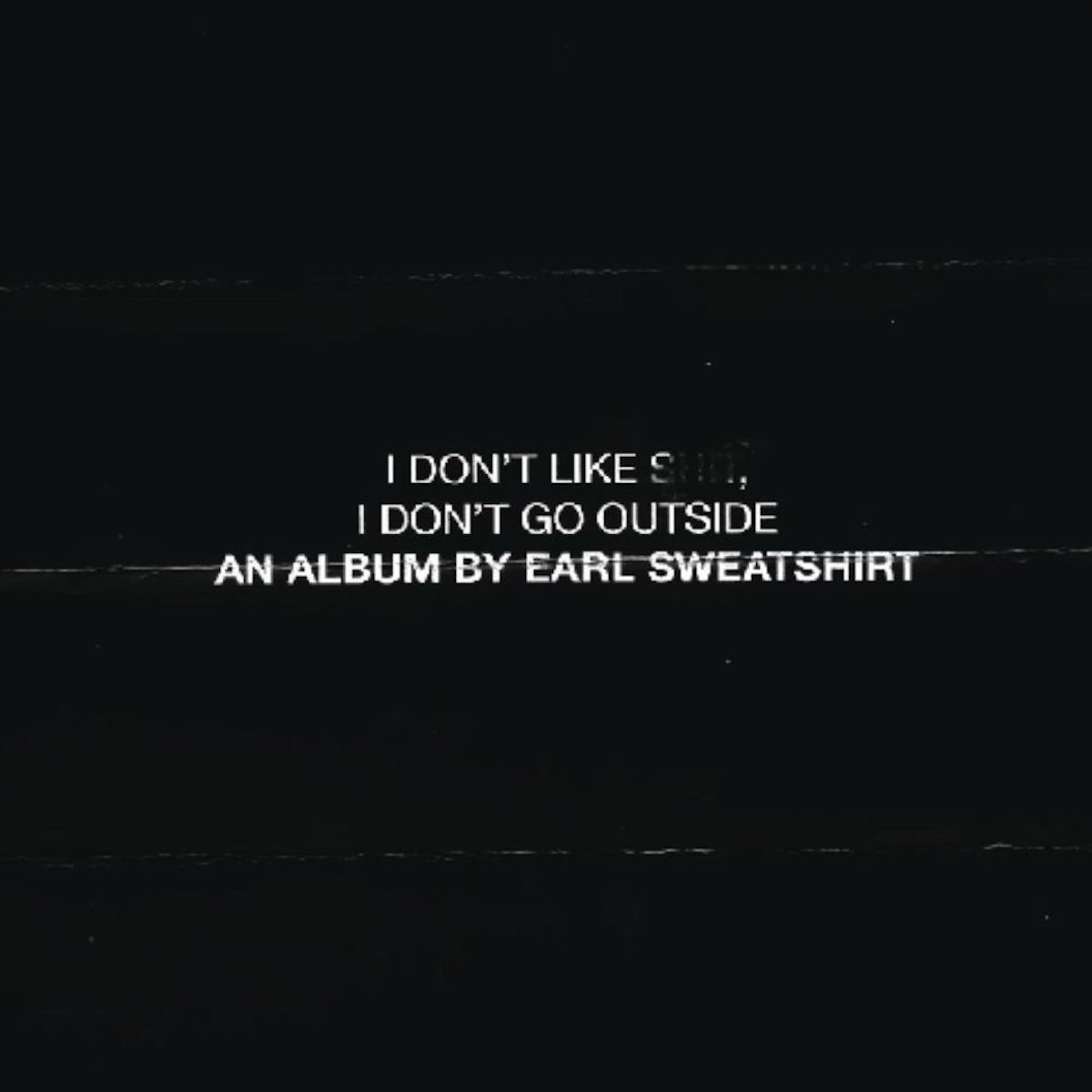 On Earl, his 2010 mixtape, Earl Sweatshirt introduced himself as a prodigious talent with a predilection for assonance and a gleefully puerile sense of humor that tested the boundaries of good taste. But time in a Samoan reform school reined in his more antagonistic tendencies, and when the celebrated recluse rejoined shock-rap collective Odd Future, it was clear he’d outgrown his peers. Earl’s 2013 debut studio album, Doris, focused more on haze-scented navel-gazing than the chest-thumping defiance that had become Odd Future’s stock in trade. From the flex-heavy weed-copping anthem “Hive” to the self-chastising fugue “Burgundy,” the album delved into the competing voices in Earl’s psyche—envisioning a moralizing, more depressive version of Kendrick Lamar’s Good Kid, M.A.A.D City protag growing up in real time.

True to its name, I Don’t Like Shit, I Don’t Go Outside sees Earl digging even deeper into that psyche, a place clouded with pot smoke and self-doubt. Many rappers open their albums with lavish announcements of their greatness. Instead, over the twisted commercial-jingle organ of “Huey,” Earl makes a grocery list of his insecurities: being misinterpreted by critics, failing in relationships with women, and missing the grandmother who passed while he was in the midst of recording his debut.

If that sounds too much like Drake’s brand of self-congratulatory “It’s hard being on top” sensitivity, Earl’s bloodletting is far more introverted. The production is languorous, foggy atmospherics punctuated by disjointed jazz chords and grainy percussion, and Earl uses this sound to compose impressionistic scenes of small-scale anxieties rather than blown-out melodrama. “Faucet” is about his strained latchkey relationship with his mother, and the hiccupping drums beneath the chorus lend a fragility to what reads like a defiant teen’s self-imposed exile from a parent: “And I don’t know who house to call home lately/I hope my phone break, let it ring.” “Mantra” tackles Earl’s awkward, knowingly ungrateful relationship with his fans: “Now you surrounded with a gaggle of a hundred fucking thousand kids/Who you can’t get mad at when they want a pound and pic/’Cause they the reason that the traffic on the browser quick.”

However, Earl’s foremost skill, both as a producer and a lyricist, is obfuscation. The muted, analog-sounding production of “AM // Radio” recalls Boards of Canada’s gauzy soundscapes and seemingly reduces the track’s instruments into one compressed sound, while the verse buries its self-loathing in roundabout language that would impress a patent lawyer: “And nowadays I’m on the hunt for mirrors to box with.” “Grief” has the muffled wall of sound of a shoegaze track; its indefinite cloudiness is fitting for a track purportedly written under the influence of Vicodin.

In a way, Earl’s aversion to clarity means I Don’t Like Shit can feel like something of a monochromatic slog, albeit an admirably executed one. Guest verses serve not only as foils to Earl’s excellent yet exhausting logorrhea, but as reminders that even if he wants his album to be sonically cohesive, it needn’t be emotionally static: On “DNA,” the charmingly hoarse-voiced Na’kel delivers shaky sentimentality like a tough kid fighting back tears, while Vince Staples’s sharp barbs on “Wool” are enough to shake Earl out of his sedated delivery and force him to serve up his best and most urgent verse on the album. I Don’t Like Shit may be a master class in ominous mood-setting and a cutting excavation of a wounded psyche, but it also reveals that Earl is at his best when he engages the outside world rather than getting mired in his own emotional claustrophobia.