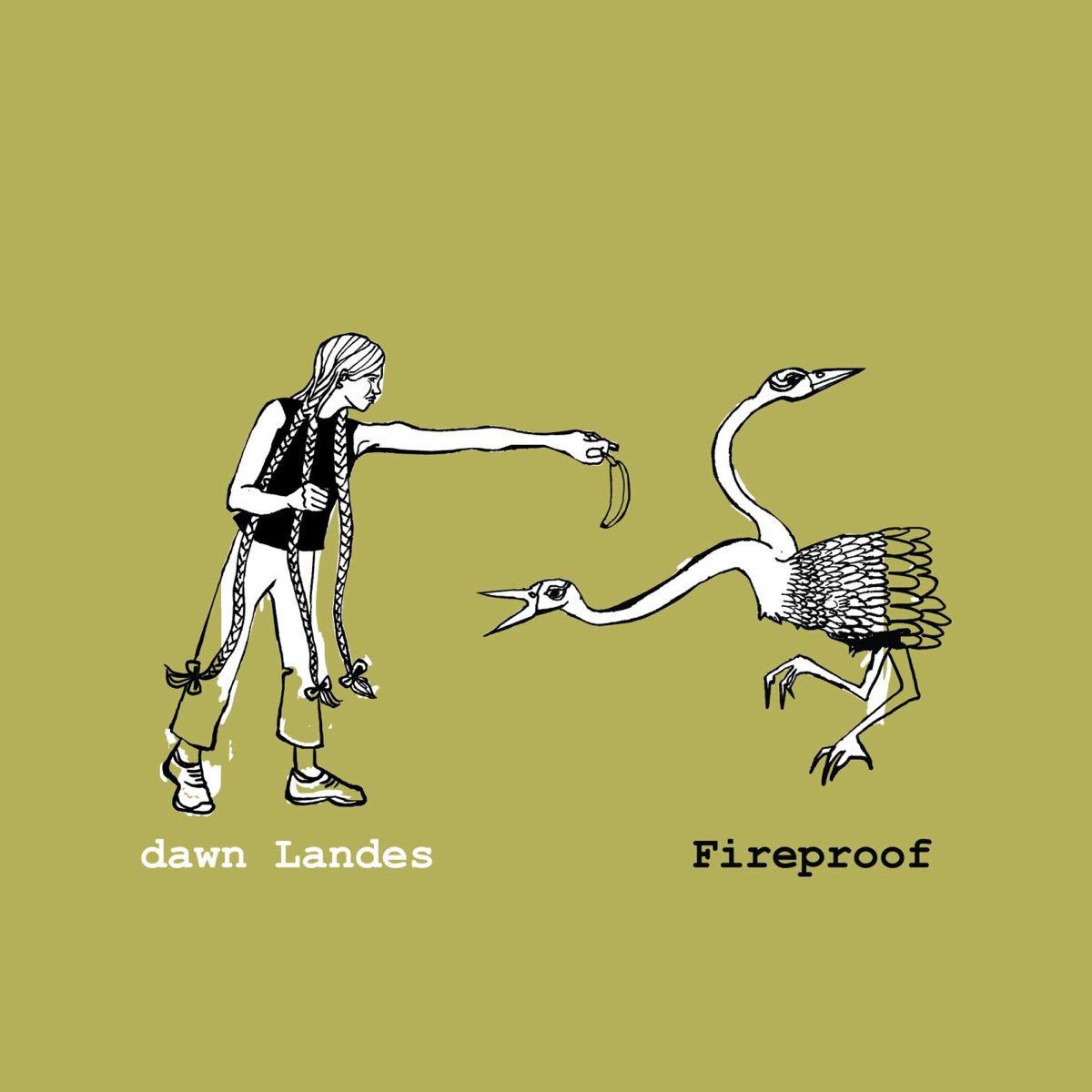 It’s no secret that former New York mayor and one-time presidential hopeful Rudy Giuliani hardly eradicated crime in the nation’s biggest city; he simply pushed it further out into the fringes. Case in point: After moving to the Big Apple from Louisville, KY and then touring Europe with Suzanne Vega, folk singer Dawn Landes set up shop in Brooklyn to finish her second album. And then she was robbed. Among the casualties were her Casio keyboard and laptop computer, along with all of her hard work. While waiting for the cops to show up, Landes wrote what would become the opening track—and easily the standout song—on what is technically her third album (and U.S. debut), Fireproof. Featuring nimble banjo work and crisp percussion, “Bodyguard” turns the reality of stolen goods into metaphor, the repeated refrain of “guard me” rendering an unfortunate case of burglary into a call for emotional insurance. The rest of Fireproof doesn’t quite live up to that first offering, but Landes certainly gives it a go: The understated “Twilight” ponders starless New York City nights, “Kids in a Play” examines the by-the-numbers confrontations that make life feel like nothing but a series of rehearsed performances, and “Tired of This Life” poignantly suggests that our eyes weren’t just made for crying, but “for seein’ things” too. That Landes’s quiet folk-rock gives way to more raucous passages (like the electric guitar-driven climax of “Picture Show,” the slightly off-kilter vocals and drum loops of which recall fellow Fast Folk member Vega) and experimental arrangements (like the bells, synths, and crisscrossing vocals of “Private Little Hell”) makes Fireproof less sonically monotonous. In the end, though, it’s songs like the sparse and stirring finale, “You Alone,” that are irreplaceable.

Review: What Made Milwaukee Famous, What Doesn’t Kill Us