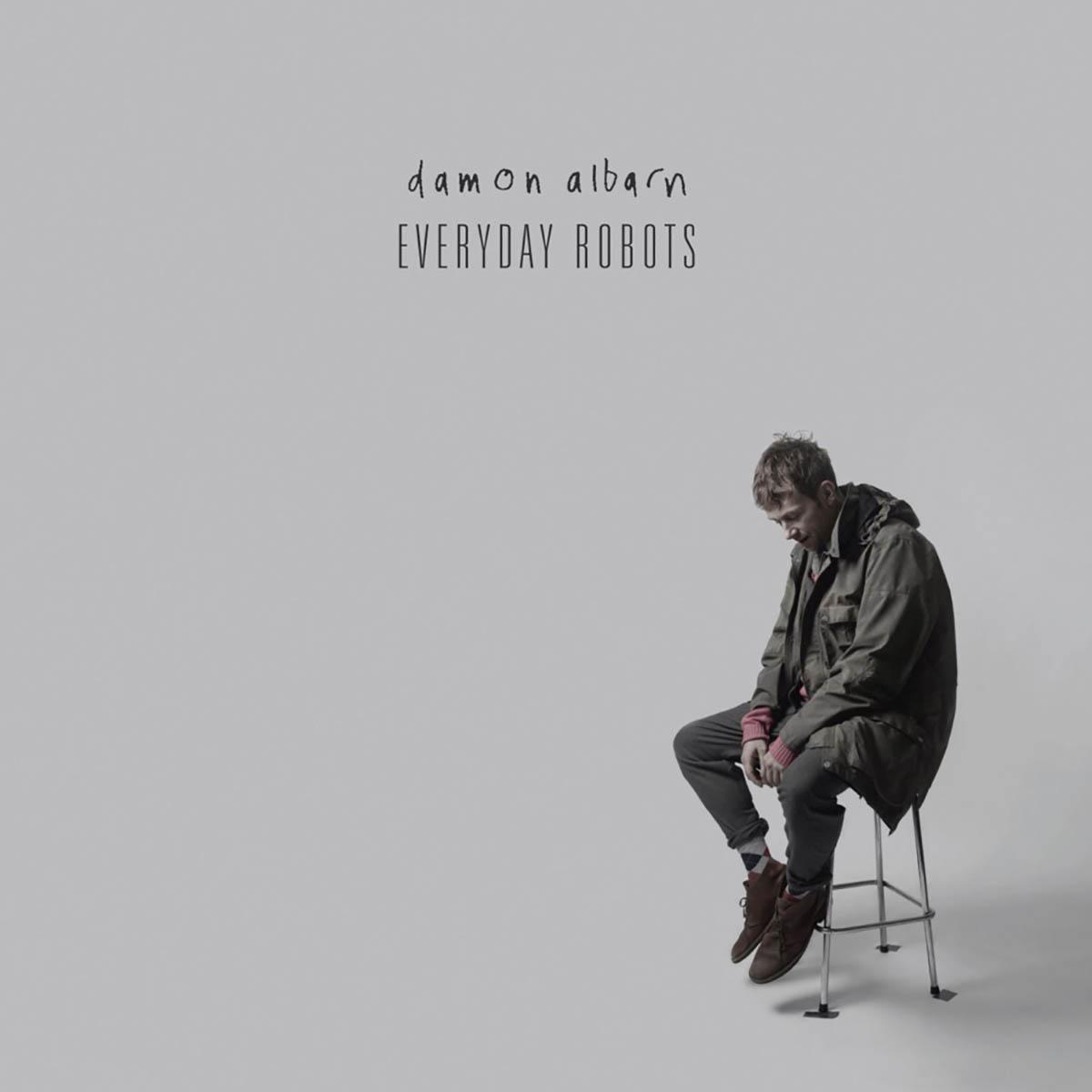 There’s always been something curmudgeonly about Damon Albarn, the Britpop icon and inveterate globetrotter whose work has operated off a twinned sense of awe about the world and bemusement toward the people living in it. Early Blur hits like “Popscene” and “Girls and Boys” were open-minded, but more than a bit testy, while Kinks-style character studies like “Parklife” and “Country House” emphasized Albarn’s critical detachment from the everyday narratives the songs depicted. These qualities reach critical mass on Everyday Robots, in which Albarn decisively enters his old-man phase, delivering a depressive jeremiad on the sorry state of our tech-obsessed culture. It’s no OK Computer, but while the album’s half-baked grumpiness ends up as its greatest liability and most identifiable quality, there’s at least some sturdy songwriting keeping things from turning totally sour.

Despite remaining active as part of various collaborative groups in the 11 years since Blur’s breakup, this is somehow Albarn’s first solo effort, and it finds the artist channeling a heavy load of pessimistic feelings. The title track sets up the basic formula: stripped-down, mournful production (in this case a nice oscillating string loop punctuated by marimba strikes) with glum pronouncements layered on top. It’s dismal stuff, with the song’s refrain of “Everyday robots on our phones” managing to be both glib and overwrought, the first of many pat proclamations about how dire things have become in the world. There’s nothing inherently wrong with bemoaning cultural change (it’s a better thematic analogue for personal detachment than the isolation of being rich and famous, at least), but Everyday Robots employs a scolding tone that doesn’t help sugarcoat its cranky message.

This chiding starts from the get-go, with a Lord Buckley sample that indirectly identifies us all as adrift and confused. Albarn spends the rest of the album establishing a triangulated relationship between morose music, drippy, melancholy lyricism, and a willingness to pin all the world’s ills on devices and their overeager operators. This is generally paired with an overt sense of weariness, the sort of ennui that leaves weaker tracks like “Photographs (You Are Taking Now)” feeling pale and sodden. Diminishment is the key concept here, the endless possibilities of life crammed down to fit the demands of a series of screens, and while later Blur albums used African rhythms and diverse instrumentation to express energetic emotions of joy, paranoia, and anger, here hollowness and exhaustion are the prevailing sentiments, as Albarn strews his influences out over a spare sonic wasteland.

This is probably for the best: If Everyday Robots was full of bile, its chastisement might quickly become unbearable, but Albarn’s perplexity at least makes his feelings a bit more relatable. This leaves the album as much of an expression of burnt-out fatigue as an anti-tech screed, the passage of a man into the wilds of middle age and a new solo career, finding himself out of pace with a rapidly changing world. There’s still some room for happiness, as on “Mr. Tembo” (a bouncy, doofy ditty about a baby elephant) and “Heavy Seas of Love” (which brings in Brian Eno and a full choir to end things on a slightly higher note). These songs disrupt the rest of the album’s tone, but their goofy outbursts at least bring some levity to an already fractured album.

Review: David Kinney’s The Dylanologists: Adventures in the Land of Bob