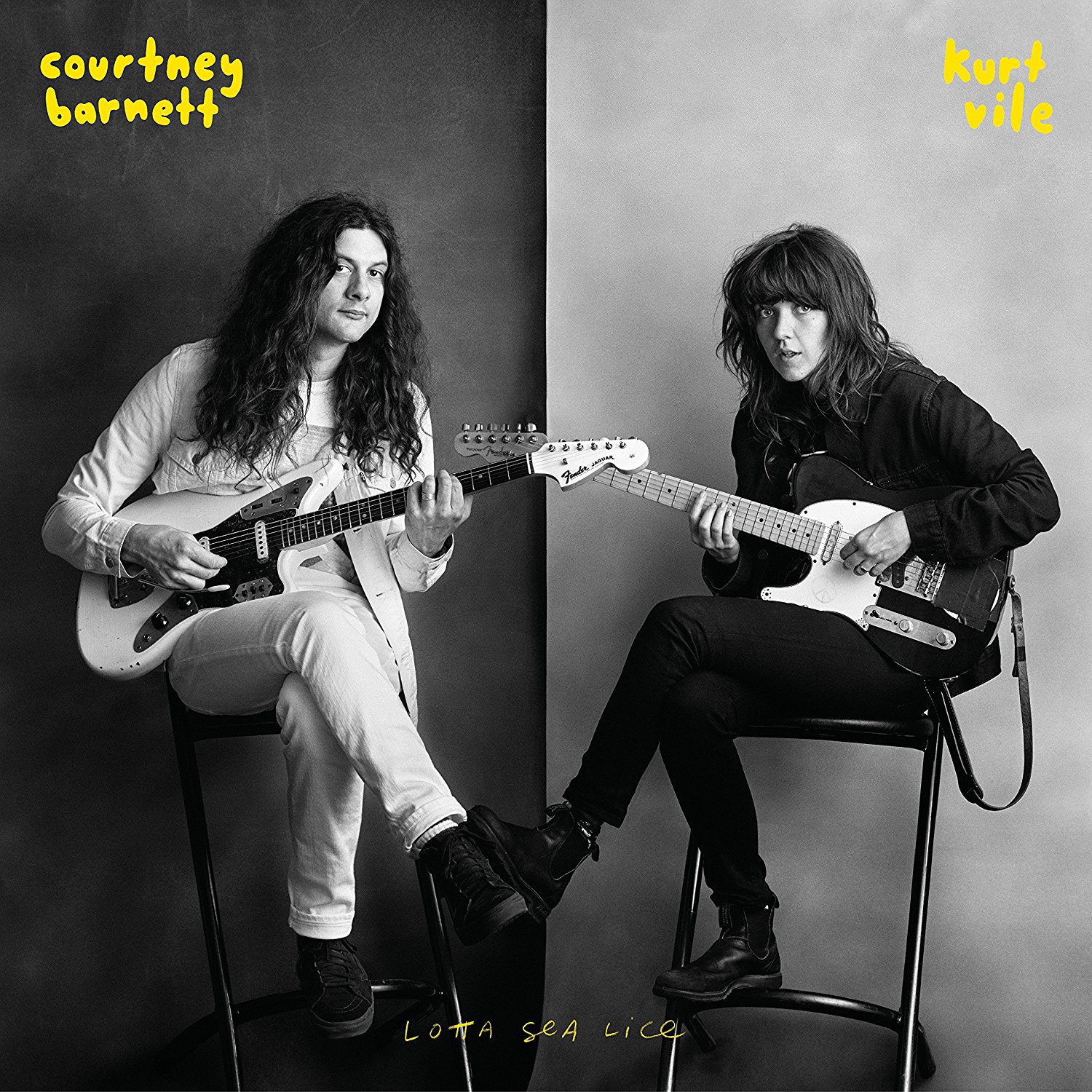 Courtney Barnett and Kurt Vile share an affinity for jangling Fender guitars, lackadaisical drawls, and a dark, cutting wit. Heck, they even look like moppy-haired twins. So their new album, Lotta Sea Lice, is almost too perfect a coupling, especially for Barnett, whose Sometimes I Sit and Think, and Sometimes I Just Sit is one of the most exciting and refreshing rock debuts in recent memory. Following that 2015 release with a relaxed, low-stakes collaborative project with her American male doppelganger half-composed of covers isn’t exactly the boldest of moves.

A quintessential stopgap album, Lotta Sea Lice sees Barnett and Vile cruising throughout, strumming along to easygoing songs and enjoying the other’s company. Barnett’s rendition of Vile’s “Peeping Tomboy” (from 2011’s Smoke Ring for My Halo) may boast, like the original, hypnotic acoustic finger-picking, while Vile’s take on Barnett’s “Outta the Woodwork” brings some electric heft to the party, but the singers seem more intent on sounding like one another than truly reimagining these songs. But what the album lacks in ambition or surprise, it makes up for as a showcase of the two artists’ chummy chemistry and lovably droll personalities. As in their solo work, Barnett and Vile strike a balance between biting cynicism and childlike charm that seeps out of every creakily affectionate harmony and winding guitar lick.

While Lotta Sea Lice’s tone is certainly chilled out, it’s far from flippant. Barnett’s slow blues number “On Script” and her cover of her partner Jen Cloher’s “Fear Is Like a Forest” are both heavy and brooding, anchored by low, growling guitars, contrasting with the bright, punchy songs on Sometimes I Sit and Think, and Sometimes I Just Sit. But the way she and Vile play off each other feels natural and playful. Even though the finger-picked chord sequence of “Continental Breakfast” has a bittersweet tinge, the song never feels anything but warm and comforting. When Vile giggles after his phone goes off at the end of “Blue Cheese,” it feels like an intended flourish, not a bug. Hearing the duo sound so relaxed with one another is as much part of the album’s appeal as the comparatively less-than-revelatory songwriting.

The one song here that does stand tall in and of itself in both artists’ catalogues is “Over Everything.” Rambling along with a hint of twang and plenty of jangle, redolent of Pavement’s “Range Life,” the album’s lead single is brilliantly subversive as a duet and thesis statement for Barnett and Vile’s collaboration; it’s a devotional paean to introversion, and specifically working on music by oneself. “When I’m all alone on my own by my lonesome/And there ain’t as single ‘nother soul around/I wanna dig into my guitar, bend a blues riff that hangs/Over everything,” Vile begins. A few verses later, Barnett answers: “When I’m struggling with my songs I do the same thing too/And then I crunch ‘em up in headphones, cause why wouldn’t you?” And yet, despite their professed solitariness, they blend so well together, effortlessly alternating verses, their dual guitars endlessly tangling with one another for six minutes. They finish each other’s sentences, both literally and musically.

Review: Gwen Stefani, You Make It Feel Like Christmas