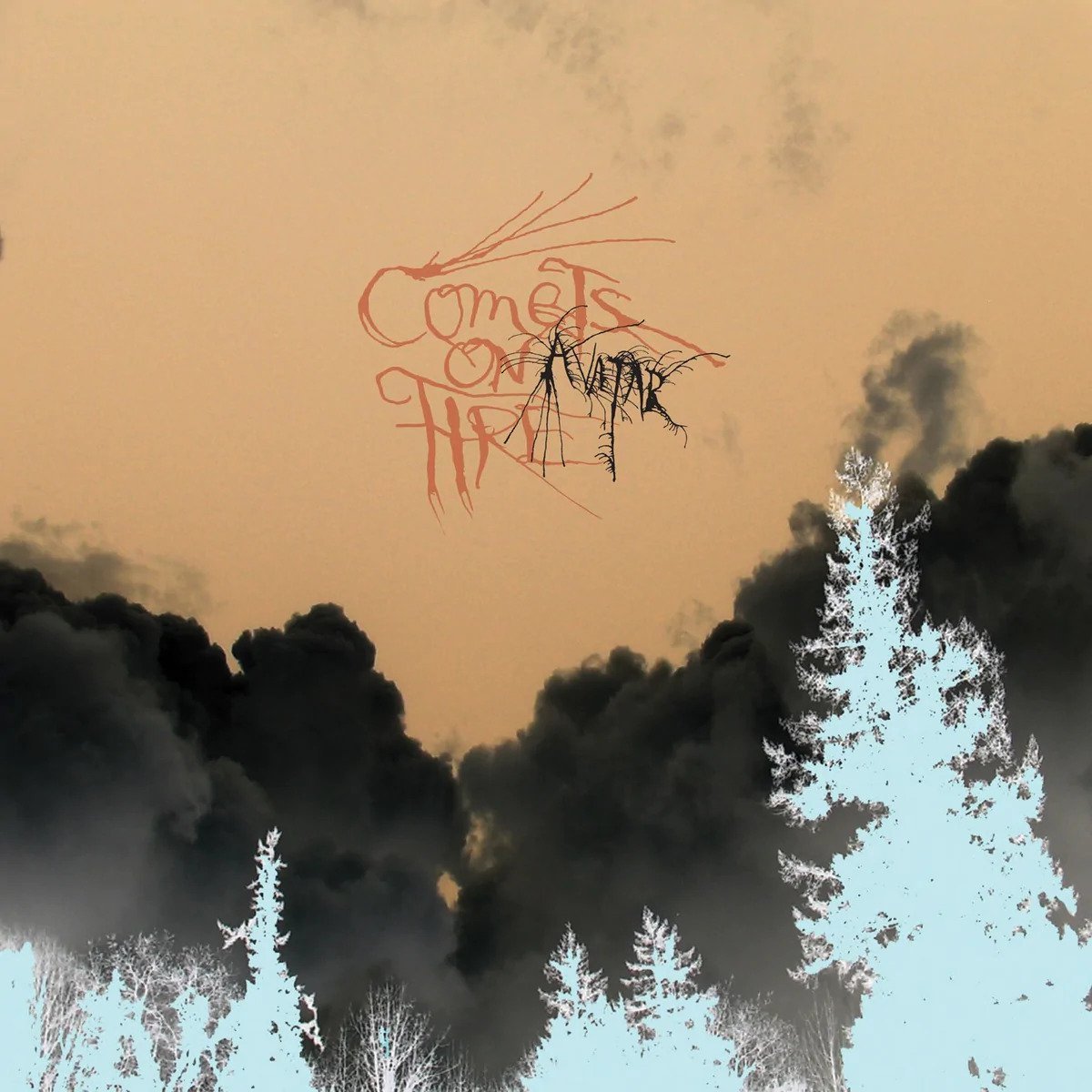 The idea of a cock-rock band for the indie kids is anathema to the Morrissey/Stephen Malkmus/Conor Oberst trinity that has defined an alternative “masculinity” archetype for three generations of emaciated white boys. While The Darkness uses self-reflexive and ultimately self-defeating irony in an attempt to make that disconnection work to their advantage, Comets On Fire has an approach that makes for more successful work. They’re out to convert the non-believers to their brand of aggressive, neo-psychedelic arena-rock by playing it like they mean it. The massive power chords, the multi-tracked vocals, the swinging-dick machismo: Comets On Fire dare you to deny that they fucking rock. And, for most of their fourth album, Avatar, it’s impossible to deny that they do. Given the enormity of the sound on tracks like “Jaybird,” which builds from a straightforward blues-inflected guitar riff into something with such forceful percussion (courtesy of drummer Utrillo Kushner) and so many distorted electronic elements that it sounds like it might actually explode, it’s also hard to believe that Comets On Fire is only a five-piece band. The album’s stand-out, “Sour Smoke,” impresses for how the band uses some handclaps and a groovy little keyboard melody as the basis for a dual-lead guitar throwdown between Ben Chasny, also of Six Organs of Admittance, and frontman Ethan Miller that’s as technically impressive as anything in modern metal, only far more soulful. While such moments are undeniably inspired and compelling, they also work against the album’s overall construction. The one knock against Avatar is that it includes just seven songs, six of which amble well past the six-minute mark, making the album seem bloated. That said, Avatar is bold and intense enough to justify Comets On Fire’s swagger.