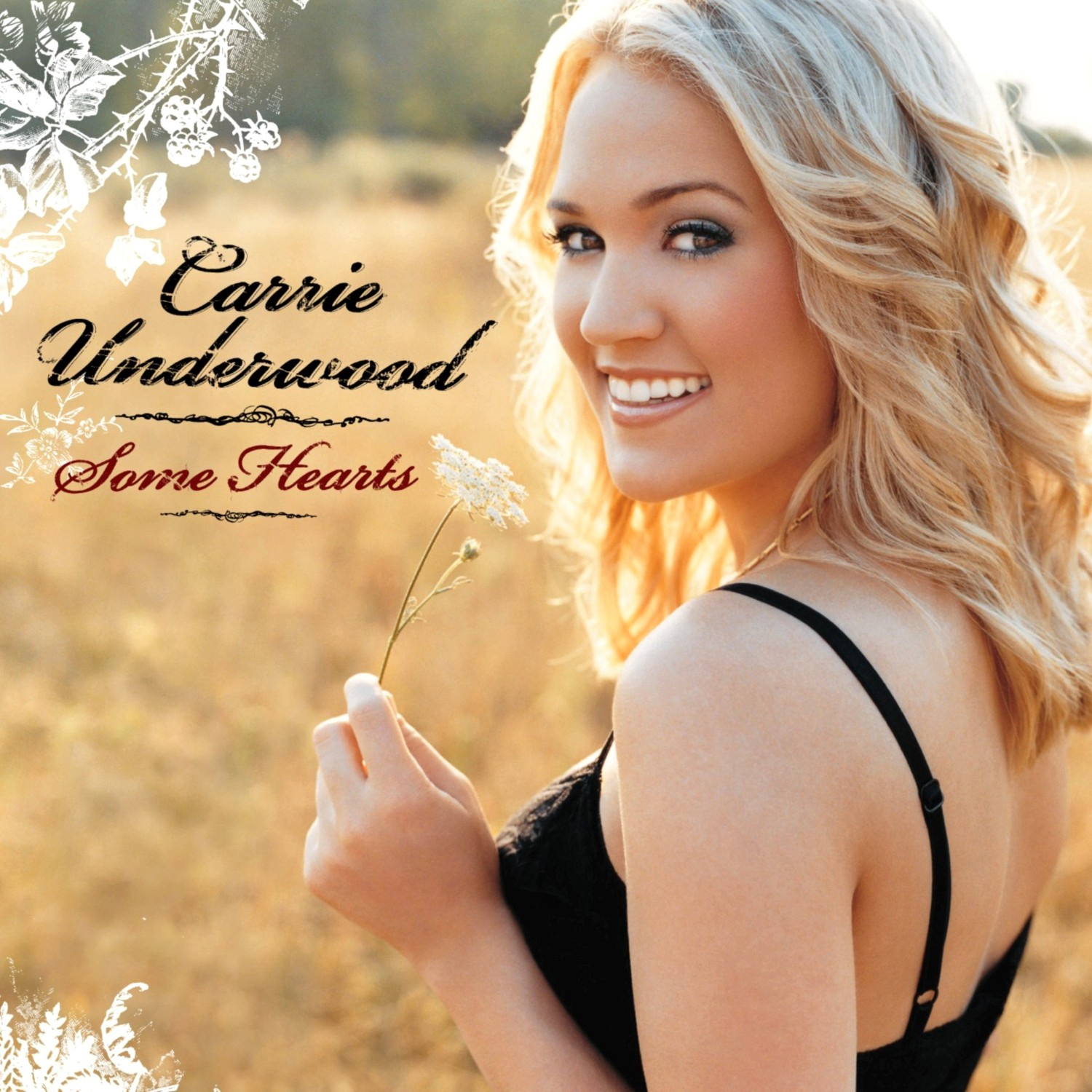 Given the immensity of American Idol as a pop-cultural phenomenon, so far it hasn’t made much of a lasting impact on the pop music scene. Sure, season one winner Kelly Clarkson is a bona fide star now, but none of the other contestants have been able to achieve more than a short-lived hit single or a few days in the spotlight, and the Idol contestants’ CD releases have ranged from decent (Ruben Studdard’s Soulful) to embarrassing (Justin Guarini). Now last season’s winner, Carrie Underwood, is trying to beat the odds with her debut album Some Hearts. In general, pop fans may be a bit wary of immediately embracing someone discovered on a television show, but in country music, just having a likable personality and down-home appeal can go a long way to earning fans. Underwood performed live at the CMA Awards on the same night that Some Hearts was released, which was fitting, given that she emulates just about every female singer who attended the ceremony on her record. The problem is that she spends so much time imitating others that she never finds her own musical personality. Lead single “Jesus, Take The Wheel” borrows so heavily in terms of melody and structure from Martina McBride’s “Concrete Angel” that it might as well be a cover. “I Just Can’t Live A Lie” similarly bites off Lee Ann Womack’s “I Hope You Dance.” Underwood’s plagiarism even crosses gender lines with “We’re Young And Beautiful,” a song that recalls Keith Urban’s brand of sunny guitar rock. Despite its formulaic sound, or maybe because of it, Some Hearts is rife with potential hit singles. Underwood is likely to become a fixture on the country charts for the next year with songs like the uptempo title track, a smash hit in the making that is equal parts Jo Dee Messina and Shedaisy. Like previous AI finalists, Underwood can sing, letting loose on “Before He Cheats,” a rowdy, full-of-attitude track that would be noteworthy except that Gretchen Wilson has already released five other songs just like it.

Review: U2, How To Dismantle An Atomic Bomb