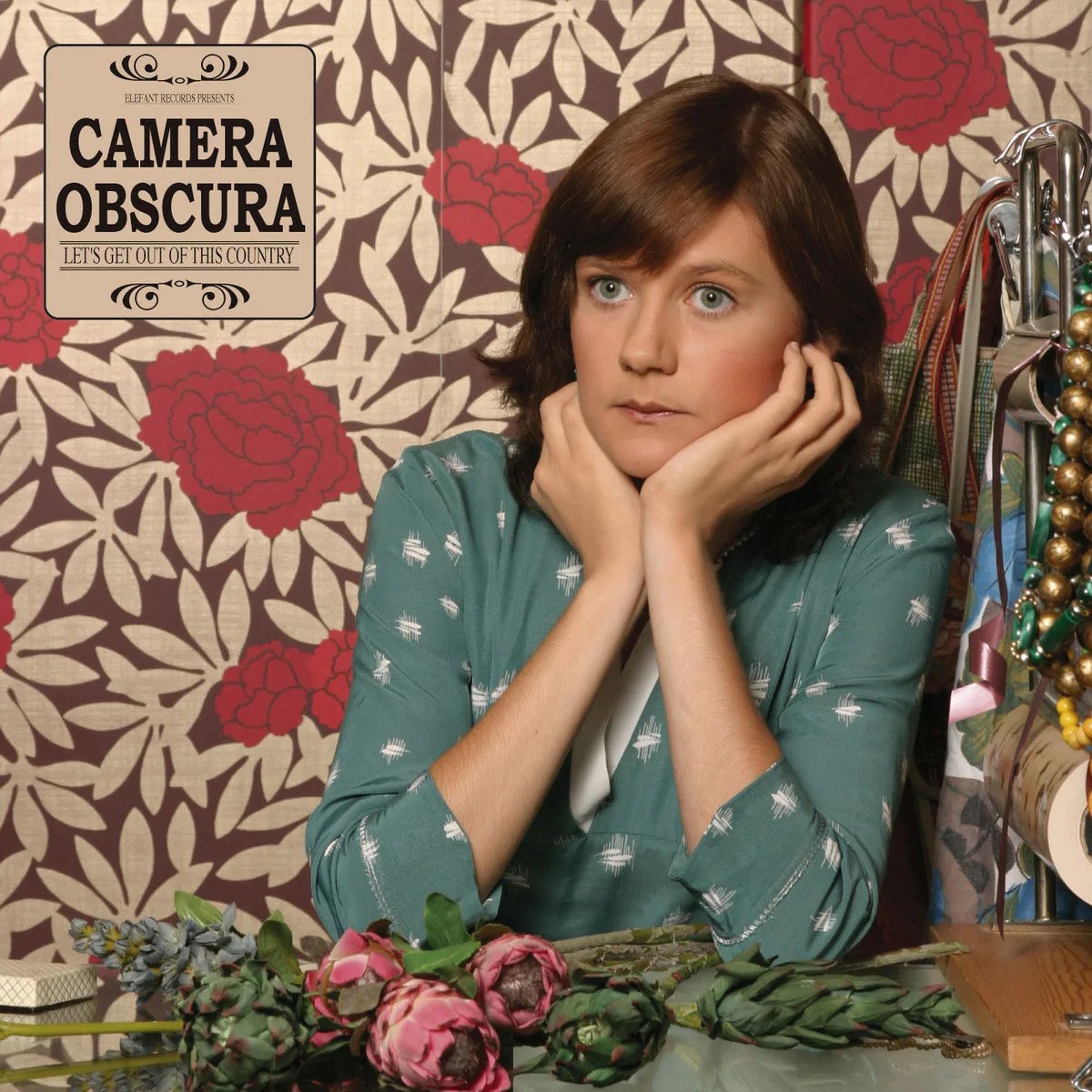 On their first two albums, Glasgow six-piece Camera Obscura drew entirely justified and, but for the occasional “twee” tag, mostly favorable comparisons to Belle and Sebastian, Glasgow’s other indie-pop band to specialize in melancholy, grandiose retro-styled pop songs. Their third full-length album, Let’s Get Out Of This Country, finds Camera Obscura stepping out from the considerable shadow cast by Stuart Murdoch and pals, brimming with a newfound confidence and a bolder, more ambitious sonic palette than they’ve heretofore displayed. Working with producer Jari Haapalainen (who produced The Concretes’ devilishly catchy throwback of a self-titled record), the band still looks to the 1960s for their songs’ basic frames, but their songs are no longer retro simply for the sake of being retro. Instead, songwriter and frontwoman Tracyanne Campbell taps into the sad undercurrent in the songs of Lloyd Cole and Connie Francis, giving the 10 songs she’s written for Let’s Get Out Of This Country a singular vision. Backed by the lush, atmospheric arrangements, standout tracks like “Country Mile” and lead single “Lloyd, I’m Ready To Be Heartbroken” run from devastating to arch, all while capturing the same desire to flee from a love gone wrong. While the songs are undeniably beautiful and even fun, the music provides a vital balance to the album’s substantial thematic heft, and it’s that combination that makes Let’s Get Out Of This Country one of the year’s best pop albums.