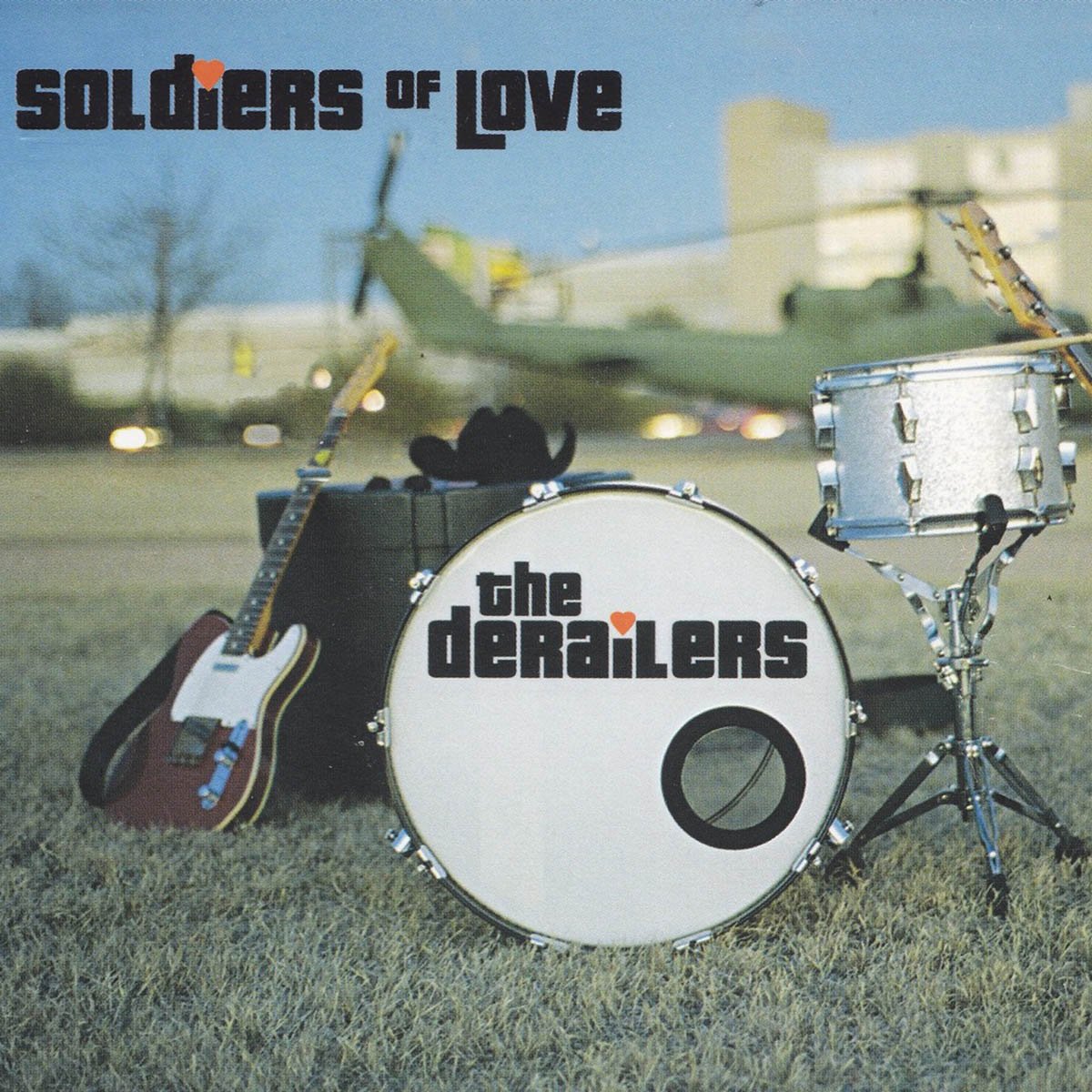 Heralded for over a decade now as one of the finest straight-up honky-tonk bands still in the game, the Derailers have nonetheless had a problematic studio output. While their early independent records maintained an appealing tone, committing so thoroughly to their aesthetic that they never deigned to apologize for a sound that was somewhat dated even by the country genre’s tradition-minded standards, their two major label albums were marred by slick Music Row production that robbed the band of much of that appeal. Desperate to keep the band from being labeled as a novelty act that no radio programmer would give a second glance, the producers of 2001’s Here Come the Derailers and 2003’s Genuine smothered one of the genre’s tightest four-piece bands in a glut of additional studio musicians, leaving only a few scattered highlights of the Derailers’s understanding of how a Bakersfield-inspired sound, expertly performed, could still be commercially and artistically relevant. Those albums, as a result, were neither.

Returning to an indie label, then, there’s the hope that the Derailers’s latest album, Soldiers of Love, would correct some of Sony’s mistakes. But the album, while certainly of more consistent quality than its predecessors, still pales in comparison to the band’s live reputation. While there’s a streak of wry humor throughout the album, there’s precious little else about Soldiers of Love that sounds unified. Stylistically scattershot, the album actually suggests something of a loss in direction. “Hey Valerie,” for instance, is a great little Jerry Lee Lewis-style power-pop song, but it precedes the more pedestrian country track, “Get ‘Er Done,” which would sound uninspired even without the reference to the vile Larry The Cable Guy. Elsewhere, “The One Before Me” is a slightly less soaring, slightly more country-inflected version of Oasis’s “Don’t Look Back In Anger,” which was, of course, already self-reflexively derivative. Instrumental “Poppycock,” even beyond the fantastic title, is the high point of the album, since it’s the one track on which the band really cuts loose, providing a reminder that, yes, they’re still one of the most purely gifted bands recording in the country genre.

More than anything else, Soldiers of Love is underwhelming for just that reason. There’s only one truly weak song on the album, and even “Get ‘Er Done” is preferable—albeit only in a “Death Is Not an Option” sense—to such catchphrase-inspired singles as Jo Dee Messina’s “My Give a Damn’s Busted” or Travis Tritt’s “Girl’s Gone Wild.” But even though not one of their albums would, start-to-finish, suggest otherwise, there’s still that lingering belief that the Derailers are simply better than this. That it’s of a higher caliber than what the genre’s current multiplatinum “bands” routinely shriek onto the airwaves probably goes without saying, but one wishes that it were easier to truly champion the Derailers as the better option.