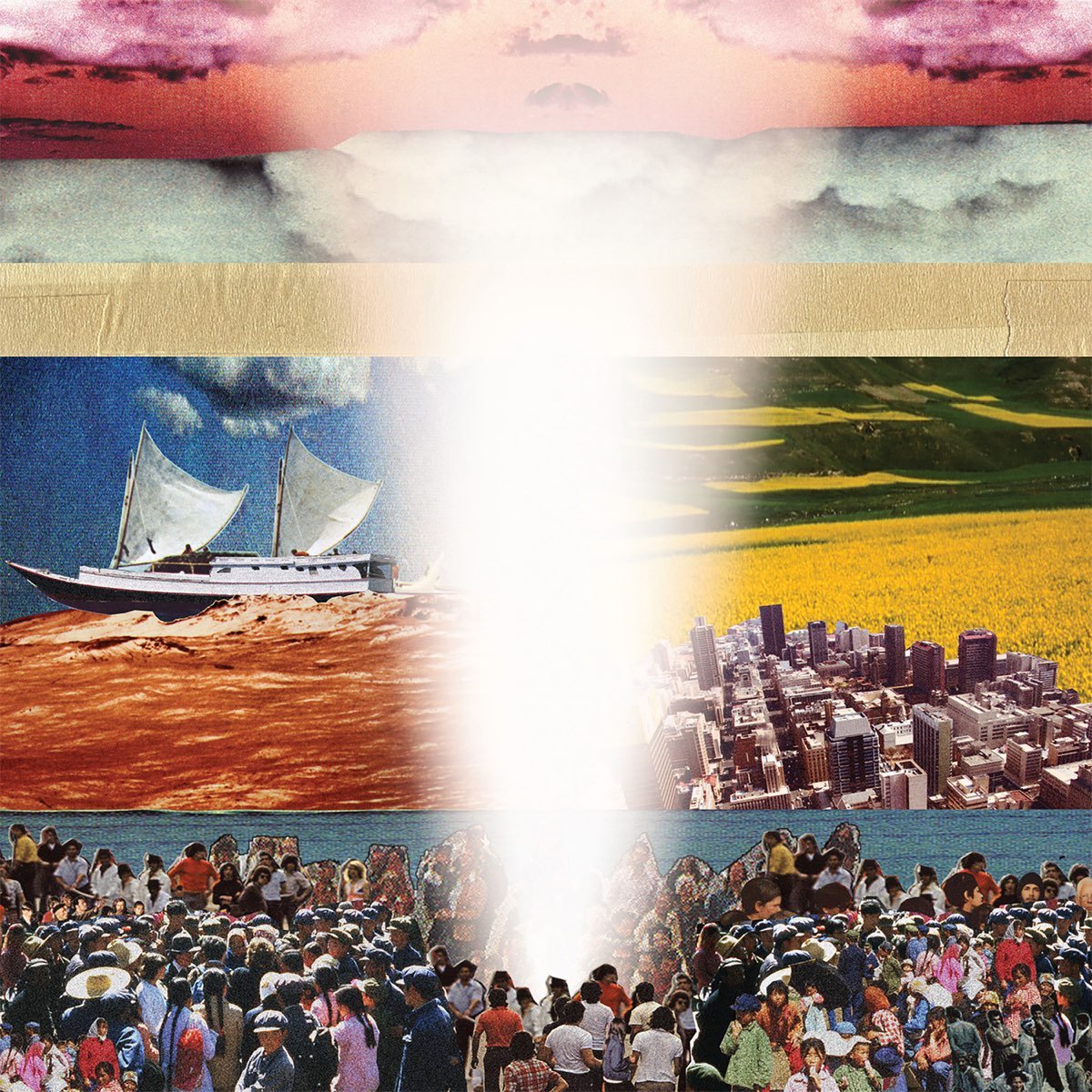 Since Toronto’s indie-rock collective Broken Social Scene released their self-titled third album five years ago, the individual members of the group have all enjoyed significantly elevated profiles. With a series of solo albums, side projects, and even a fantastic tour of Sesame Street among their many credits, there has been no shortage of reasons to wonder how these changes might impact BSS upon their eventual reunion. Though the title of the band’s latest album, Forgiveness Rock Record, might suggest something of a mea culpa, the album itself finds BSS as unapologetic and ambitious as ever.

One of the keys to keeping Forgiveness together is that BSS’s roster is consolidated, at least by the standards of a sprawling co-op of artists. Although longtime contributors Jason Collett, Leslie Feist, and Emily Haines all make noteworthy appearances on the record, the bulk of the tracks are the work of a septet consisting of frontman Kevin Drew, Brendan Canning, Sam Goldberg, Lisa Lobsinger, Justin Peroff, Charles Spearin, and Andrew Whiteman. That makes for a more streamlined, accessible album than many of BSS’s devotees might expect, but it also makes for a more mature recording.

One of the many things that has always impressed about BSS is how their free-form, chaotic approach to creating music resolves into song structures that are beautiful and which betray a deep understanding of when to embrace and when to subvert standards of pop songwriting. Forgiveness follows in this same vein, often to spectacular and inspiring effect. The cinematic “Chase Scene” is all frayed nerves and tension, while the instrumental “Meet Me in the Basement” is a clever bait and switch that sounds poised to break into a rousing, Arcade Fire-style chorus after every few bars.

But it’s the extraordinary lead single “World Sick,” with its of-the-moment perspective that finds fewer and fewer causes for optimism, that builds to a massive, soaring refrain. The sheer enormity of BSS’s sound on “World” gives the impression that the record could fly apart at the seams at any moment. It’s that unpredictability, which carries through on tracks like the rollicking “Texico Bitches,” that makes BSS such a delicate balancing act. With Forgiveness, BSS doesn’t have many reasons to apologize.

Review: The Fall, Your Future Our Clutter

Review: The Flaming Lips and Stardeath and White Dwarfs, The Dark Side of the Moon