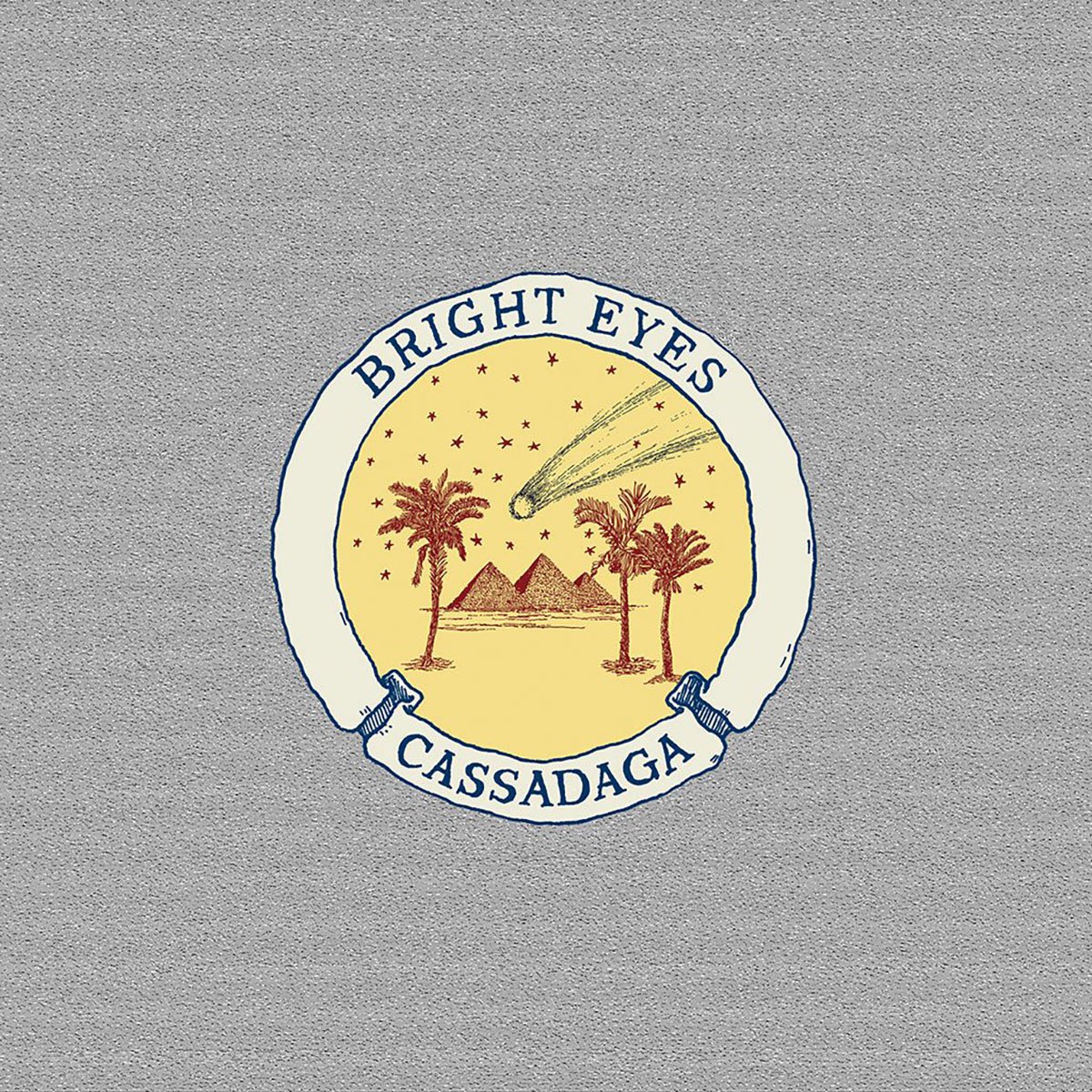 It took me nearly four albums to get Bright Eyes. The lo-fi stuff sounded like shit, and while a little grit on the tape never bothered me before, getting through the hiss just to have to get through the riddles of songs like “A Spindle, A Darkness, A Fever, And A Necklace” wasn’t worth the trouble. Maybe if frontman Conor Oberst’s voice was pretty or the melodies were catchy, I could have become a fan, but they were neither. Still, 2005’s I’m Wide Awake, It’s Morning was a doozy of a country rock record, arriving out of somewhere between nowhere and left field and featuring Emmylou Harris on harmonies. The album wasn’t exactly a classic, but the arrangements were fresh and elegant. This year’s teaser EP, Four Winds, was even better. Would Cassadaga meet my exponentially growing expectations?

With its manipulated tape loops, talk-radio excerpts, the sound of an orchestra tuning up, and Yankee Hotel Foxtrot-esque skronk, the six-minute “Clairaudients (Kill Or Be Killed)” is a dull, laborious way to start a record. “Clairaudients,” however, is followed immediately by “Four Winds,” a truly great song. Sure, the book of Revelations is pretty well-worn territory, but Oberst is in top lyrical form, cramming every line with elaborate, apocalyptic diction and the kind of bouncy syntax that Boots Riley was aiming for on last year’s Pick a Bigger Weapon. Yes, Oberst is wordy, and yes, he’s got a penchant for the ridiculous, but goddamned if the guy can’t make a couplet like “Pouring over Sanskrit under Ivy League moons/While shadows lengthen in the sun” swing. All the while, violinist Anton Patzner shreds his fiddle like the Dirty Three’s Warren Ellis taking on Charlie Daniels. However many years after the whole No Depression thing crumbled, Bright Eyes has dropped a genuinely alternative country song.

The rest of Cassadaga pales in comparison to “Four Winds,” but nonetheless comprises Bright Eyes’ best full length to date. “Hot Knives” picks up where I’m Wide Awake, It’s Morning’s best track, “Road To Joy,” left off. Like that song, “Knives” injects a Nashville shuffle into the quiet-loud-quiet pattern a la the Pixies. Oberst’s voice is still a tough sell—whiny and abrasive, he approaches the notes rather than delivers them—but, in the right setting and with the right song, he can soar. Other tracks display a Neil Young influence (“Make A Plan To Love Me”) and “I Must Belong Somewhere” is a punchy western ballad that would win over traditional country enthusiasts even without guitarist and Gillian Welch collaborator David Rawlings lending some street-cred.

But just because Oberst has awakened his inner Dylan in the past few years doesn’t mean Cassadaga is the Bringing It All Back Home that he’s capable of. He can wind out some witty “Subterranean Homesick”-style tongue twisters, but he rarely grounds his lyrics in reality like the best Dylan tracks. There’s no “Sara” here, or “Shelter In The Storm,” and even the angrier, more polemical moments on Cassadaga are too rooted in allegory to energize the listener. Fans of Bright Eyes’ techno-based dribble may enjoy the Casio gamelan weirdness on “Cleanse Song,” but I’m hitting the skip button. Oberst’s best songs are dense, intense experiences, full of tempered rage and held-back tears. “Cleanse Song,” and the album’s other stabs at trippiness, drone and bore. One hopes that the next LP will pack a little less filler, and Bright Eyes will drop a 40-minute work as tight as their best four-minute works.