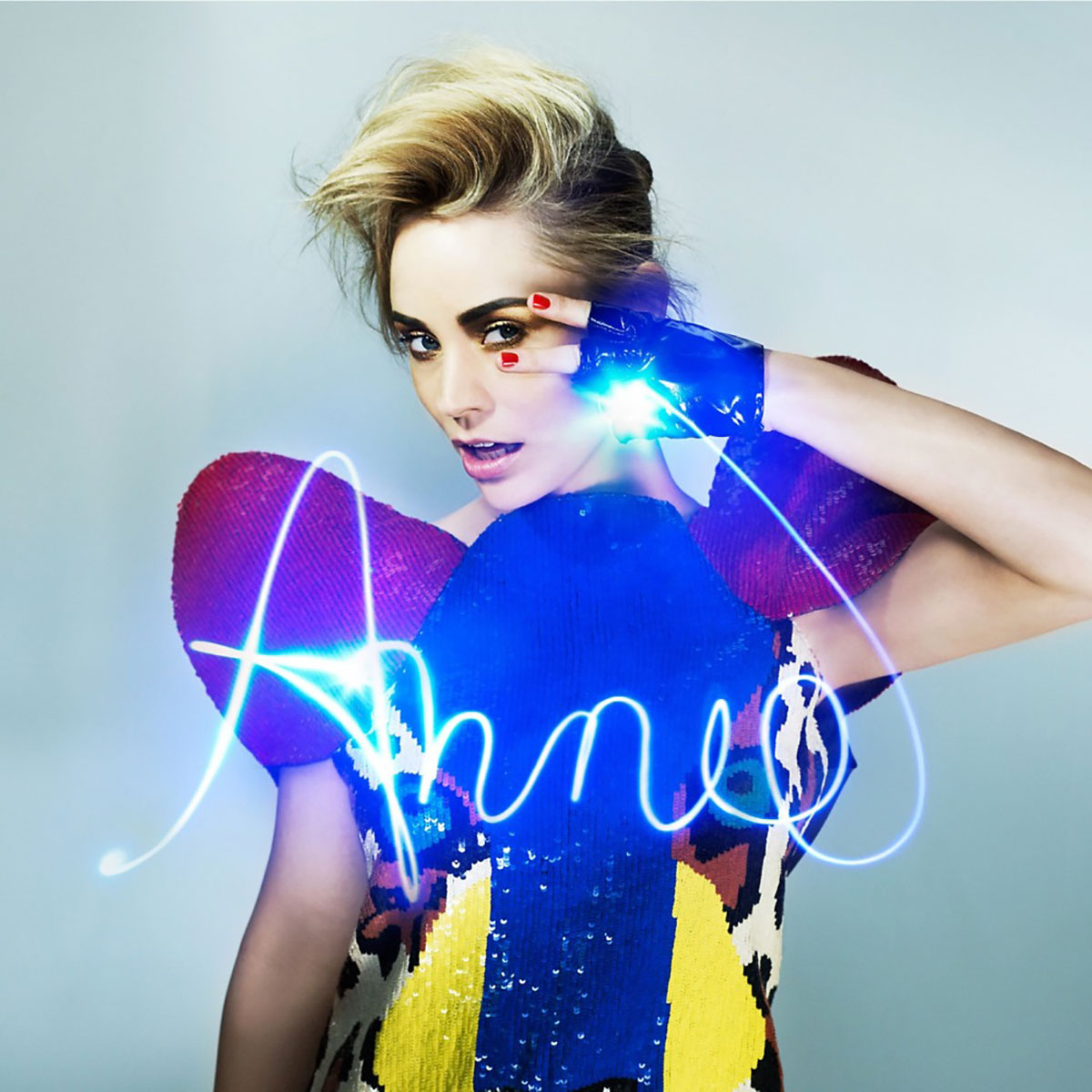 There was a bittersweet undercurrent to Annie’s Anniemal, largely due to the fact that her boyfriend—DJ Tore “Erot” Kroknes, who co-wrote and produced Annie’s debut single, “Greatest Hit”—died of a heart defect two years before she signed her first record deal, but also because of the Norwegian pop singer’s often melancholic lyrics (you know, when she wasn’t singing songs about chewing gum and chocolate). That juxtaposition of sadness and electro-pop ecstasy is reprised on Annie’s sophomore effort, Don’t Stop: “The loneliness reminds you that everything fades,” she sings atop the new-wave sheen of “Bad Times”; later, on the big-bottomed “Take You Home,” she concedes to a prospective one-night stand, “I don’t love you, I want to take you home.”

Annie sports a tiger-shaped dress on the album’s cover art and dons a more aggressive persona to match: She challenges a romantic rival on the single “My Love Is Better” with lines like “My kiss is wetter than your kiss” and tries to convince her rock n’ roll boyfriend to buy a sequencer on the cheeky “I Don’t Like Your Band.” (Alas, despite its nagging, repetitive chorus of “What do you want, what do you want for breakfast?!,” and the fact that it directly follows “Take You Home,” “The Breakfast Song” is sadly not some kind of passive-aggressive morning-after ultimatum to a lingering trick.) Annie deserves credit for attempting to stretch, both vocally and lyrically, but she’s better off when quietly lamenting lost love or championing the power of the dance floor to bring people together, as she effectively does on the opening track “Hey Annie.”

Don’t Stop also expands Annie’s sonic palette, with songs like the aforementioned “My Love Is Better” and “Bad Times” taking a cue from the “indie”-style live instrumentation of her Pitchfork-approved single “My Heartbeat.” These and most of the rest of tracks on Don’t Stop were produced by Brian Higgins’s Xenomania, whose contributions are largely hit or miss (the M83-style “Bad Times” hits, the rest all pretty much miss). Another new collaborator, Paul Epworth, fares much better (his contributions—“Hey Annie,” “Don’t Stop,” and “I Don’t Like Your Band”—are all standouts), but the album’s true highlights, not surprisingly, belong to Timo Kaukolampi and Richard X, the pair responsible for the bulk of Annie’s debut: The latter’s “Songs Remind Me of You” is a rollicking Italo disco nugget a la the inexplicably omitted single “Anthonio,” and the former’s “Take You Home,” like “I Know UR Girlfriend Hates Me” (another single curiously missing from the album proper), would fit perfectly on Anniemal.

Annie and Kaukolampi tread straight-up macabre territory on the string-laden “Marie Cherie,” about a teenage girl who goes missing without anyone (save for Annie) noticing. The song’s subtly spooky trip-hop sound is a little dated, but its lush Serge Gainsbourg style is a nice fit for Annie’s breathy vocals. Don’t Stop winds down with “When the Night,” a sweet downtempo track in the same vein as her debut’s “My Best Friend,” but it’s unfortunately followed by the bouncy schmaltz-pop of “Heaven and Hell,” which jibes with Annie’s ongoing yin-yang theme but abruptly ends an album of mixed highs and lows on a definitive low. These attempts to venture outside the anonymous disco-tart mold would be more welcomed if Annie didn’t do the anonymous disco-tart thing so damn well.