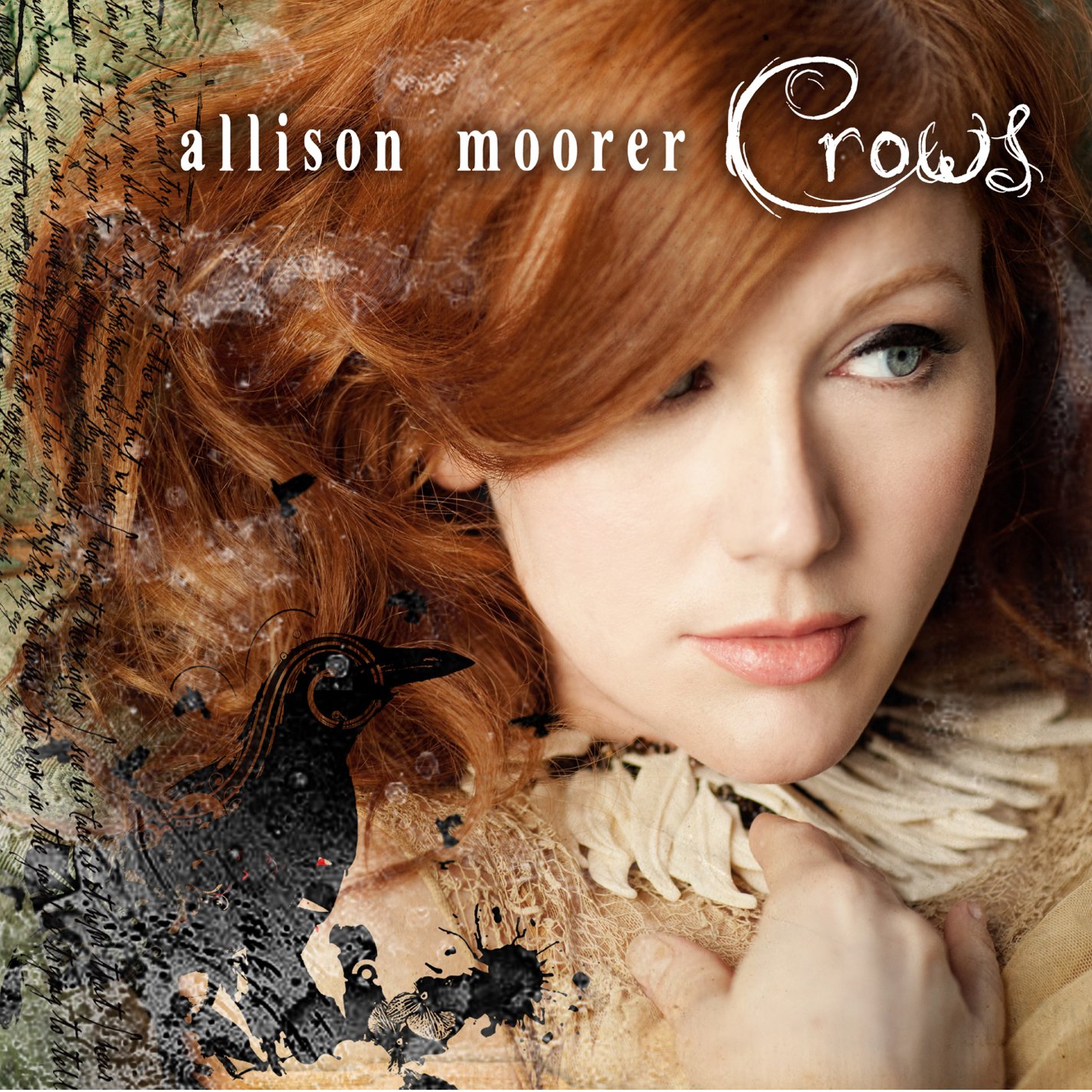 That Allison Moorer has recorded albums of traditional country, Neil Young-style roots-rock, and even lush pop in the vein of Dusty in Memphis speaks to the singer-songwriter’s restless creative spirit. That she has pulled off this eclectic mix of styles with some truly superlative performances—2000’s The Hardest Part and 2004’s The Duel are both essential modern country records—speaks to the real depth of Moorer’s talents and her effortless capacity to transcend simple genre tags.

For her seventh studio album, Crows, Moorer has ventured into the atmospheric, American gothic territory of Neko Case, Fred Eaglesmith, and Scott H. Biram. With songs that eschew linear narratives, conventional rhyme schemes, and straightforward emotions, the album proves her to be quite the capable Impressionist in the purest, most classical sense. A melancholy, haunted album, Crows is a masterful minor-key tone poem.

Opening the album with a delicate, repeated guitar figure that builds an unnerving sense of dread, “Abalone Sky” capitalizes on Moorer’s languid, silt-slowed phrasing as she prays that her desire to hang from any limb will quickly pass. The songs rarely get any brighter: Even the sunny girl-group “la la la” chants on lead single “The Broken Girl” play as ironic, with the song’s protagonist, whose every step “feels like a mistake,” unable to reassemble her fractured psyche, doomed never to say another word about what or who so devastated her. Moorer has never been one to shy away from heavy ideas, but Crows is perhaps the bleakest record of this sort since Case’s phenomenal Blacklisted.

Taking a view of the destructive power of love that shares Case’s nihilistic bent, Moorer’s snapshots of lives gone awry suggest that her narrators may or may not have gone down swinging. “Sorrow (Don’t Come Around)” chooses to hide from grief rather than fight it head-on, while “It’s Gonna Feel Good (When It Stops Hurting)” scans as a half-hearted suggestion of something that might happen. Only “Should I Be Concerned” puts up a real fight: Moorer hasn’t belted out a song’s climax with such power in years. Even more impressive is “Easy in the Summertime,” a wonderfully complex, beautiful reminiscence of warm experiences that the singer does not expect to come again. Hell, there’s a good chance that the lilting ballad “The Stars and I” is sung from the point of view of a dead woman, watching over a lover left behind.

This is simply tremendous, intelligent stuff that scrapes close to the bone. With her songwriting on point (she’s always had a weakness for obvious, forced rhymes, but her discovery of slant and blank rhyme leave just a couple such offenders intact) and with her distinctive contralto in exquisite form, Moorer’s performance here is arguably a career best. As a fully realized, heady concept that is all but flawless in its execution, Crows joins Hardest and Duel as the third unqualified masterpiece of Moorer’s rich career.

Review: Allison Moorer, Down to Believing