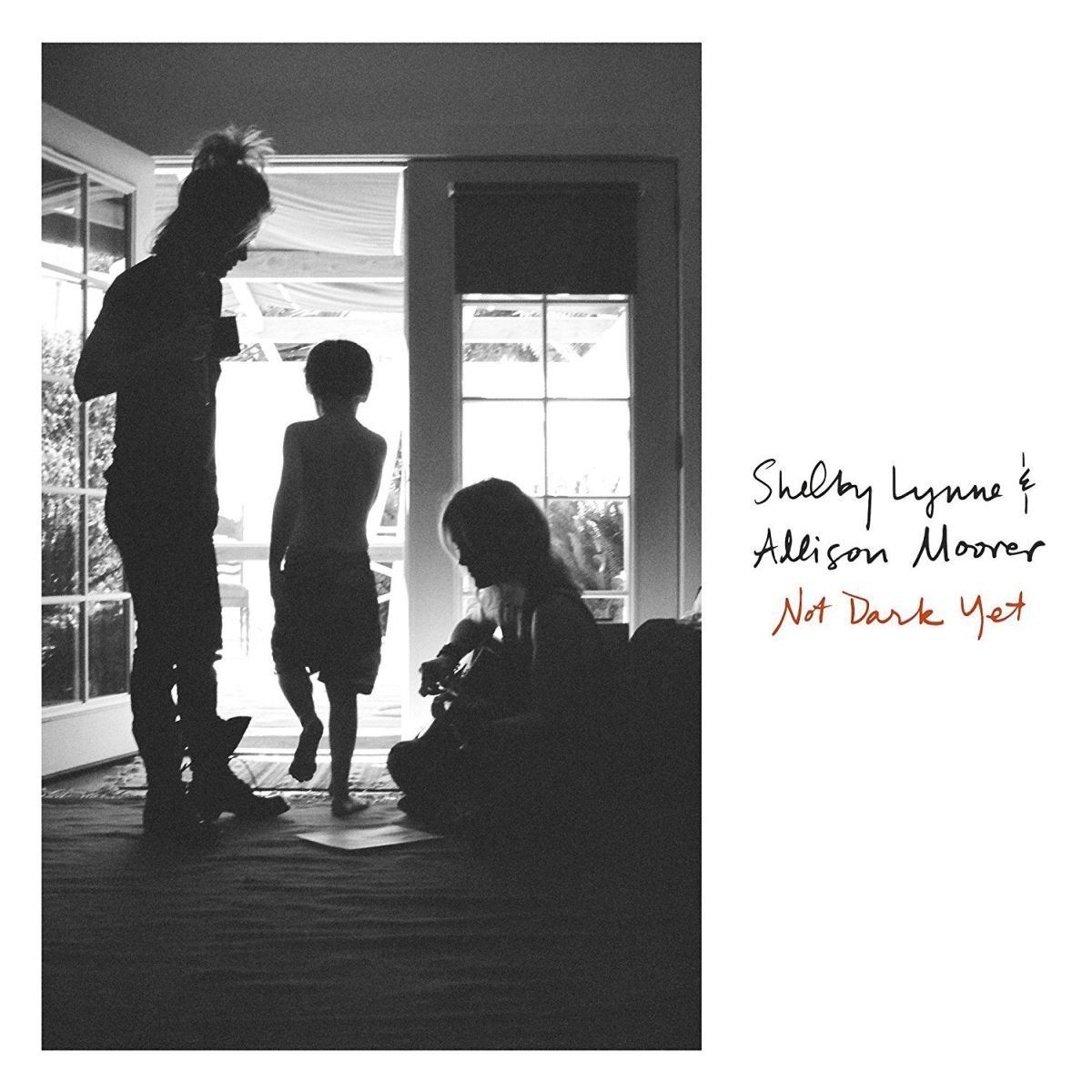 There’s only one original composition on Not Dark Yet, a duets album from sisters Allison Moorer and Shelby Lynne. For fans who’ve waited years for the two singer-songwriters to do a project together, that reality may be a little disorienting; both women have developed strong, fiercely original bodies of work, and hearing them come together without flexing their songwriting chops may seem like a missed opportunity. But true to form, Moorer and Lynne have made an album that doesn’t answer to anyone’s expectations but their own. The album is a master class in interpretive singing and arranging, and feels iconoclastic in all the ways that their best solo efforts always have.

None of the songs covered on Not Dark Yet really count as obscurities, but Moorer and Lynne’s interpretations are loaded with surprises and packed with personal conviction. The album doesn’t waste any time subverting expectations, opening with a reading of the Killers’ “My List,” done here as a sparse acoustic crawl, with the two singers trading verses and coming together for rousing harmonies as the song hits its peak. It’s not the most likely opener from performers who work in roots and country idioms, but it works beautifully, transformed into wistful, yearning country-soul.

The song selections that feel a little more conventional boast surprises too. The album includes several country and folk standards, though never without imaginative new renderings. The Louvin Brothers’s “Every time You Leave,” for example, jettisons the original’s rock n’ roll trappings for a more straight-ahead barroom-country aesthetic, while Jessi Colter’s “I’m Looking for Blue Eyes” is performed in a spartan setting, Moorer doing the heavy lifting and turning the song into a hymn to the elusive beloved.

Speaking of hymns, Bob Dylan’s latter-day standard “Not Dark Yet” doesn’t just give the album its title, but also its haunted, mournful heart. Producer Teddy Thompson understands that Dylan wrote it as a psalm of lament for a world of ruin and ravage, and the arrangement glows with understated piano and shimmering cymbals, while Lynne and Moorer—again alternating verses—bring all the sadness and hope they’ve known into the lyrics.

Not Dark Yet’s unadorned, low-key sound is key to some of the album’s more radical feats of imagination. Nick Cave’s “Into My Arms” was originally performed as a kind of laconic lounge singer’s act, but Moorer and Lynne strip away all the performance art and play is as a straightforward lover’s lament. Similarly, Nirvana’s “Lithium” is scaled back to fit within the album’s more folksy atmosphere; the song still rocks but swaps out electric din for twanging guitars, moaning pedal steel, and juke-joint piano.

The lone original composition on the album, “Is It Too Much,” closes things out with lockstep harmonies and lyrics that speak to burdens that are too hard to carry alone. Throughout Not Dark Yet, Lynne and Moorer carry each other, channeling heartache through songs of pain and transcendence. Every note of it feels true to who they are and where they’ve been.

Review: The War on Drugs, A Deeper Understanding