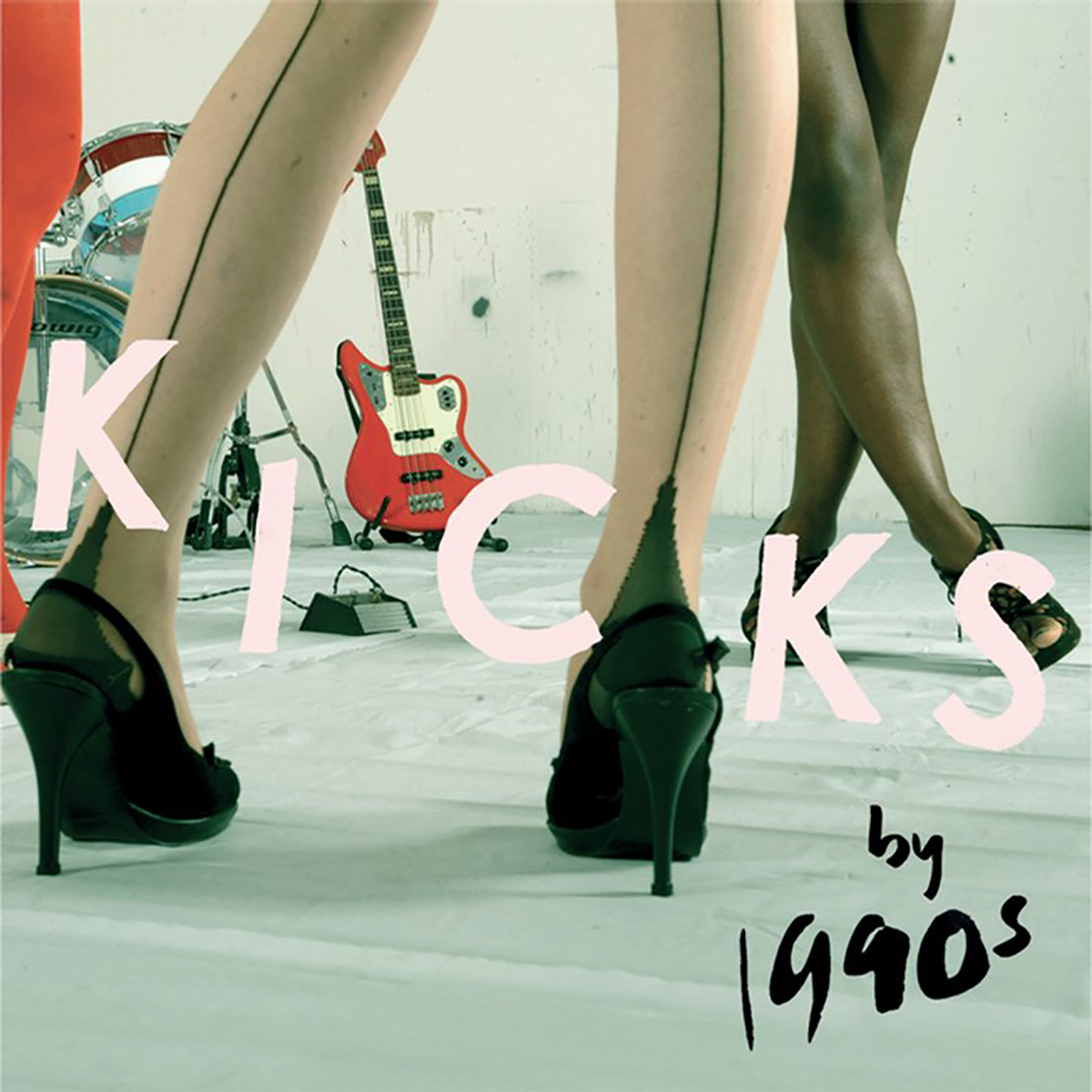 If every decade needs its Seattle scene, then Glasgow might just fit today’s bill. Somehow, when few people thought to look or even listen, Scotland’s largest city became a rock ‘n’ roll Mecca, owing much of its musical legitimacy to the mercurial rise of workman super-rockers Glasvegas. Now, with a place at the table to match its place on the map, Glasgow has a few more acts waiting in the wings—namely the 1990s, a poppy trio who look to broaden the city’s sonic gravitas with Kicks, the follow-up to their moderately successful 2007 debut Cookies.

In some ways, the 1990s seem set on disproving the “flavor of the month” indictments that are inevitably leveled at smaller music scenes. On that level Kicks succeeds, and yet as inherently noble as they may seem, striving for geographical rock legitimacy appears to be the only genuine parallel between the 1990s and its Glaswegian brothers. In truth, the trio owes more to the Clash, punk revival bands like the Jam, and on-again, off-again critical darlings Arctic Monkeys than the chaps of Glasvegas, steering away from anthem-powered burners in favor of irreverent antics and pop-culture mockery. As a result, Kicks is unfocused and ungainly—certainly good for a fun smack in the mouth, but ultimately scatterbrained.

More often than not, the 1990s get cut by their own trademark cleverness, a brand of tongue-in-cheek posturing that’s difficult to process in large quantities. The unruly arrangements and shared vocal duties are at once brisk and overused, with tracks serving more as romping sideshows than anything remotely meaningful. Perhaps self-teasing quirkiness isn’t the selling point it used to be; having been weaned on the stuff for nearly a decade, rock audiences deserve something with a more sober temperament. Listeners will get large doses of the former here while wishing for the latter, no doubt holding out for lyrical matter more fulfilling than semi-ironic paeans to Hollywood, plane-crash metaphors, Xanax, and Scientology jokes.

Instead, Kicks is at its best when eschewing snark for more instinctual stances. Despite its age-old, double-time drum pump, “I Don’t Even Know What That Is” succeeds with simplicity, emitting a kinder glow without sacrificing any of the cheekiness. Likewise, the incurably corny skipping of “59” is purposeful yet charming, its airy bounce like a sonnet to George Michael’s early career. In fact, the 1990s are at their most interesting when indulging their soft, poppy side, as evidenced on the syrupy “Balthazar.” The song’s muted gait seems the best pairing for the Scottish band’s typical flippancy, echoed in places like “Local Science” and “The Kids,” but is ignored for thrusting volume more often than not.

But for some imminent Scottish Invasion, Kicks is forgettable fare. And though the 1990s possess just enough magnetism and vigor to rescue the album from drowning, Kicks’s own disobedience outdoes the band in the end. We’ve heard this brand of unruly, riotous rock before, but executed with much more skill and discipline by the likes of Franz Ferdinand, whose Alex Kapranos and Paul Thomson were once bandmates of the 1990s’s in the now-defunct Yummy Fur. Sadly, the 1990s seem to have forgotten that restraint this go-around, and as such, if there truly is a movement brewing in Glasgow, Kicks will not be its champion banner.