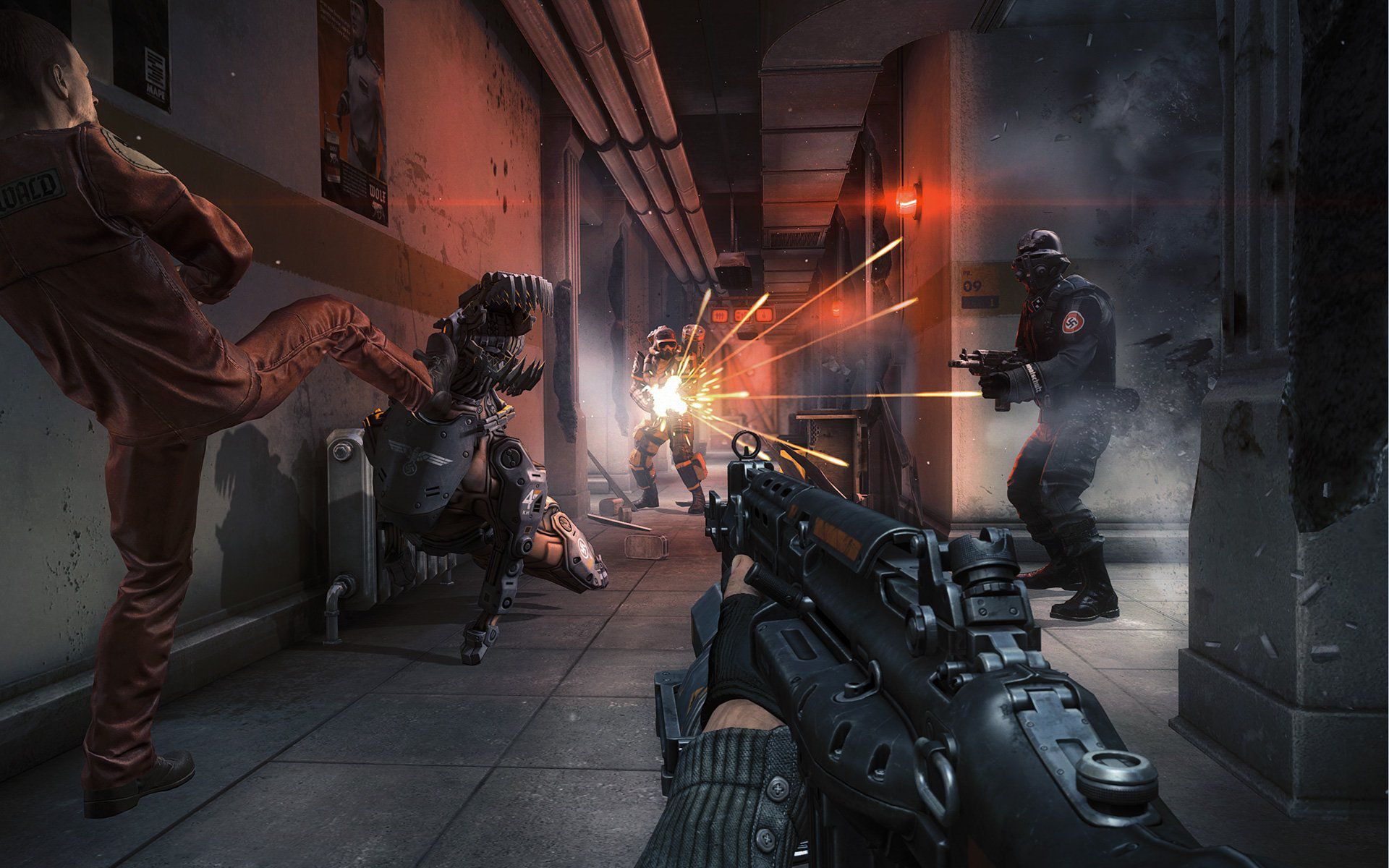 Wolfenstein: The New Order is the Inglourious Basterds of Nazi-killing video games. All the requisite violence of the genre is there, but there’s a well-considered style and grace that elevates it beyond its mindless, dime-a-dozen brethren (e.g., Medal of Honor, Call of Duty). Though it’s not quite as successful in its mixture of action and narrative as BioShock, Wolfenstein is working from a stronger foundation, in the sense that many of the atrocities it illustrates—genetic purity testing, the debasements of a forced labor camp, furnaces—are bound to chill audiences. More importantly, none of it seems exploitative, though it helps that the game takes place in an alternate timeline in which, with the help of occult artifacts (and atomic weapons), the Nazis not only won World War II but conquered the world.

For the most part, The New Order is a neat cross between classic arcade action and modern, narrative-driven first-person shooters. As with Metro: Last Light, the game often allows players to complete areas without breaking stealth, and rewards this by revealing secrets on the map each time a commander is silently slain. However, new skills can also be unlocked by trying different approaches, such as the dual-wielding Assault mode, or by efficiently using the grenades favored by Demolition mode. The only problem is that these options aren’t equally viable, especially in the boss-heavy latter half of the game; spend too much time honing your headshots and you may find yourself running low on rockets when you need them.

The New Order also manages to blend history and fantasy to great effect. The prologue, which takes place in 1946, establishes the familiar set pieces of World War II, from the slow crawl through beachfront trenches to a daring upward rappel along a fortress’s heavily shelled walls. The rest of the game, though, gets more liberal with its historical accuracy, so while you marvel at the authentic squalor of Berlin’s sewers, a rundown asylum, or a cramped U-boat, you’ll also spend time infiltrating the secret German moonbase, fleeing unstoppable mechanical Panzerhunds, and wielding a high-tech laser cutter against giant Supersoldaten warriors. Again, developer MachineGames doesn’t always quite nail or fully flesh out these various sequences, but they do keep the player on their toes. This lack of repetition is particularly welcome, given that the game takes over 10 hours to complete. (For fun, there’s an Easter Egg that allows you to revisit the original Escape from Castle Wolfenstein and see just how far the franchise has come.)

As intriguing as the game is, it does suffer from some odd imbalances. While the level designs are flawless and highly detailed, from the hidden “kill” windows in Herr Deathshead’s complex to the exhibits at the London Nautica museum, enemies are poorly spread out throughout the levels and fall prey to some wonky AI. (There are some corridors that they will never follow you into, even if you keep shooting them from within.) While the new id Tech 5 engine creates an always smooth performance with a minimum of load times, the textures hardly seem optimized for the PS4 and can at times look downright goofy. Finally, the choice to create two alternative timelines based on a choice in the first chapter is an obviously artificial way of stretching playtime (perhaps to compensate for the lack of multiplayer): It succeeds only in calling attention to the more frustrating parts of the game. This is a step backward at a point when everything else about The New Order—the best entry yet in the Wolfenstein series—is moving forward.