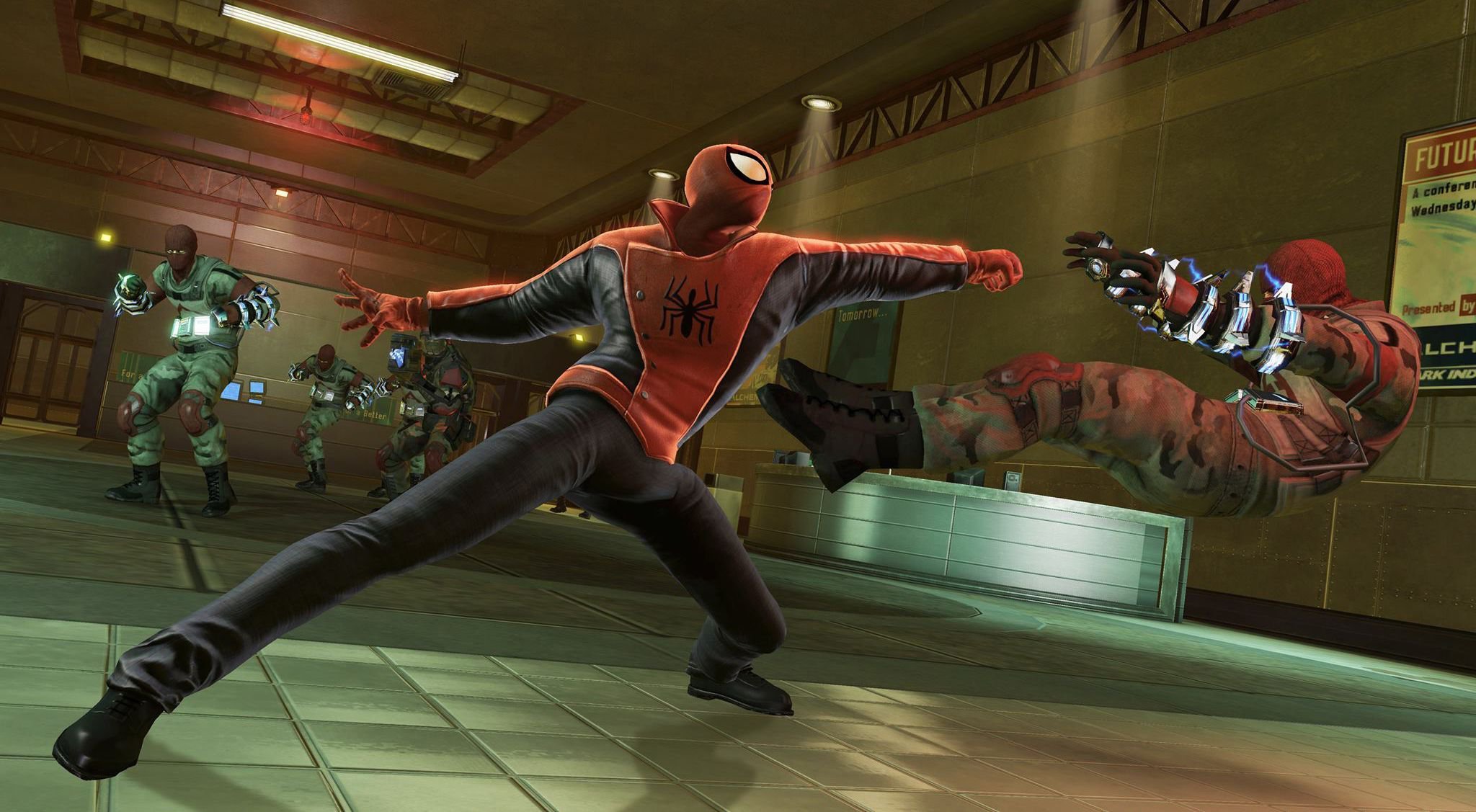 As flawed as Marc Webb’s The Amazing Spider-Man 2 is, its video-game counterpart is even more of a disappointment. Developer Beenox seems to be getting worse at devising Spidey games as they go along, delivering a final product that has all the problems of 2012’s shoddy tie-in and then some. Lackluster battle mechanics, glitchy AI issues, and uninteresting, half-baked narrative passages make the roughly seven-hour initial playtime feel like double the length. The only apparent notch in The Amazing Spider-Man 2’s plus column is its slightly improved city-traversal techniques. Speedily swinging around NYC feels more realistic and intuitive than in the previous installment, numbing the pain of the prerequisite exploration objectives peppered throughout the main campaign.

The game’s combat, much as in its predecessor, attempts to replicate the blueprint laid out in Rocksteady’s Batman: Arkham series, but fails miserably. Monotonous, crudely animated CQC tactics and imprecise stealth maneuvers are executed primarily with a flurry of button-mashing, even during boss encounters when you’re pitted against one larger enemy. Dodging and countering too rapidly can sometimes cause opponents to become frozen on the spot, which requires an annoying soft reboot in areas that demand room-clearing beatdowns in order for you to move forward. Graphical untidiness doesn’t aid in dispatching foes either; while the framerate is generally steady in hectic situations, unforgivable blemishes like porous surface textures and invisible walls appear from time to time. Given Beenox’s tenure in the industry (at over 10 years, they’re no novices), it’s inexplicable that they’re still producing such substandard material.

It’s somewhat of a relief that the Peter Parker storyline sections of The Amazing Spider-Man 2 are curtailed in comparison to the 2012 chapter, because if they were any longer gamers would likely doze off mid-mission. Humdrum photography tasks and unrefined choose-your-own-response dialogue bits give the illusion of freedom, but are essentially just busywork to fill the lifeless gaps between action-oriented stretches. Unlocking snazzy new suits and extended backstories is a serviceable bonus for sticking with the rampant tedium, but a poor script, featuring shoehorned-in cameos from a variety of dopey villains, alternates between lame comedy and overly dramatic drivel far too often, resulting in a muddled mess of moods and messages that make the film version seem thematically concise in retrospect. Hope in another above-average Spider-Man game coming down the pipeline hasn’t been completely shattered by The Amazing Spider-Man 2, but the collective faithfulness of the fanbase has conceivably been diminished.