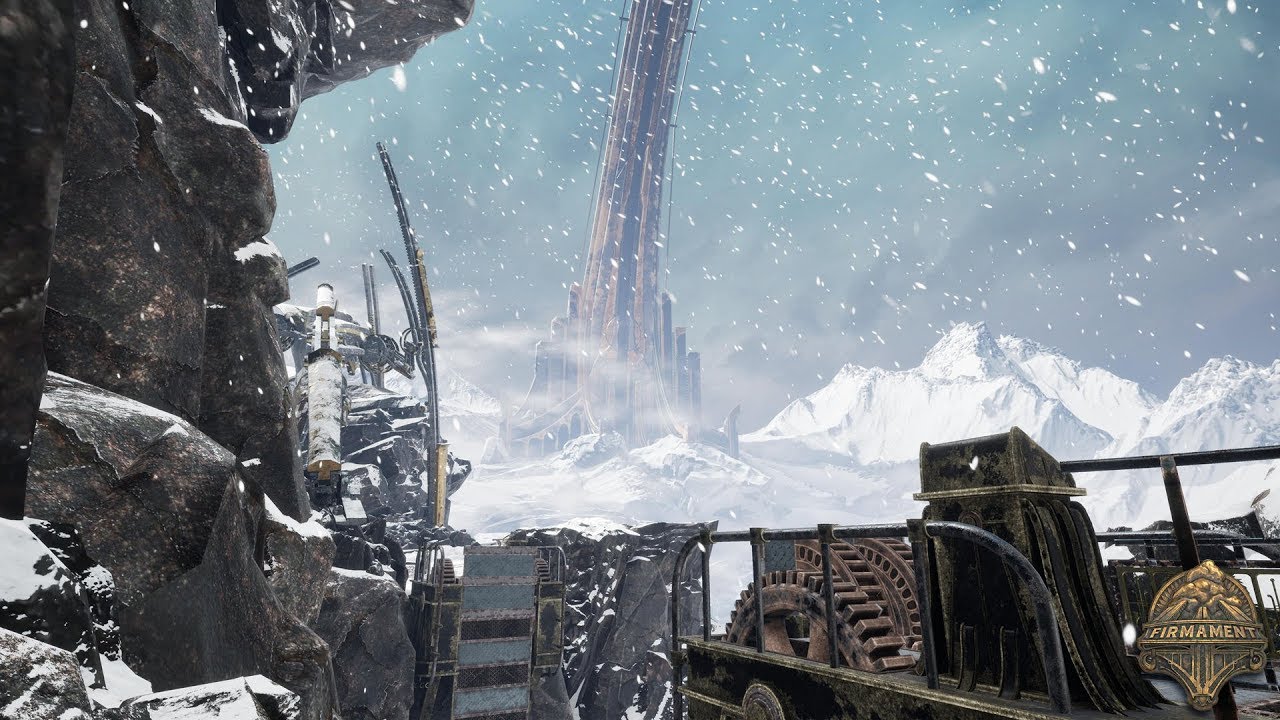 In the Kickstarter video that introduces us to Cyan Inc.’s newest venture, Firmament, a narrative adventure game built from the ground up for VR, the company’s long-time CEO, Rand Miller, notes that they “don’t just build games, but build worlds.” That’s a lofty proclamation that nonetheless feels accurate, based on Cyan’s 25-year-plus development work, from Myst and Riven to their previous Kickstarter-funded project, Obduction.

That experience shows in Firmament’s launch trailer, which seeks to cover every angle of the company’s pending project, and the funding they’re seeking. A small proof-of-concept segment shows how the game will appear both in VR and on flat screens, and though it focuses largely on a wintry setting, also shows off concepts for a variety of other worlds. So far as such Kickstarter ventures go in gauging audience interest, in under a day, Cyan’s already raised more than 20% of its $1,285,000 goal.

Perhaps that crowdfunding is due to the apparent trustworthiness of Cyan (given their previous two successful Kickstarter projects). Or, as we’d like to wildly speculate, maybe there’s some cross-genre intrigue, given that the mysterious little puzzle-solving device/companion at the heart of Firmament looks a bit like a Ghost from Destiny. More factually, Firmament’s worldbuilding looks engagingly complex and the brief story trailer sounds suitably dramatic, with three-time Emmy Award-winning sound designer Russell Brower (from World of Warcraft) serving as lead composer.

To hear and see the magical-steampunk aesthetic of Firmament in action, and to get a cryptic taste of its puzzles and storyline, check out the teaser below.

With an Injection of Youngblood, Wolfenstein Looks Fresher Than Ever