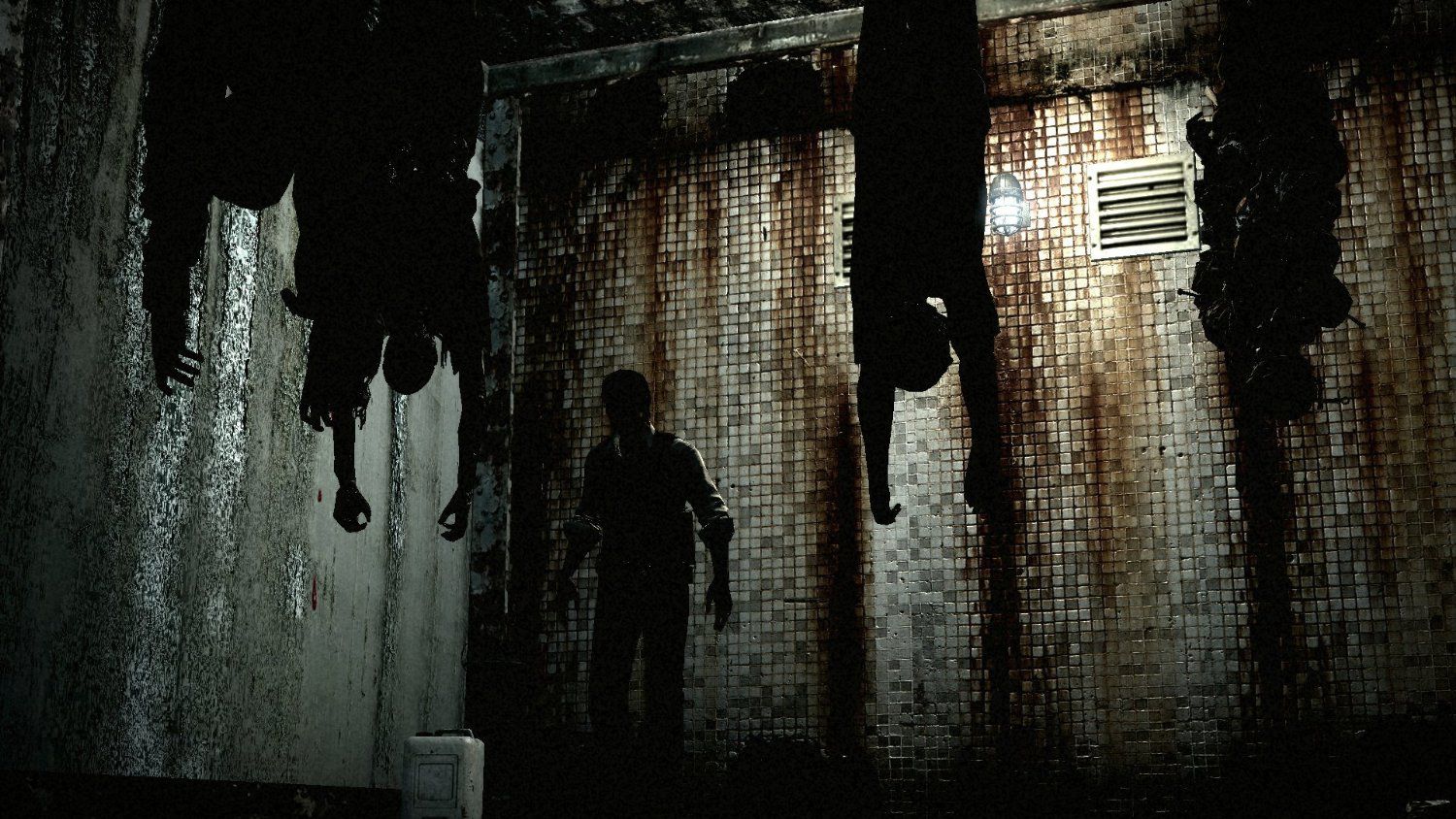 A convoluted compendium of horror clichés that superficially invokes mental illness, The Evil Within distinguishes itself as the most pandering survival-horror game yet. Between the incessant references to Resident Evil and Silent Hill, “Clair de Lune” is heard as the cop protagonist, Sebastian Castellanos, stares into broken mirrors to transport himself to a mental hospital. And as the game transitions to and from this institution where Sebastian grows stronger, quicker, and more skilled via shock therapy, Debussy’s classical movement is used to both lend irony and sentimentalize the old Resident Evil experience of battling zombie-like enemies and uncovering unethical scientific experiments, which is the work of an irredeemable villain who suggests a gene splice of Freddy Krueger and Akira’s Tetsuo.

The Evil Within is the latest third-person shooter to feed off the popularity of Resident Evil 4, but the fact that Shinji Mikami directed both games shouldn’t give him a pass for retreading the obvious. Mikami’s plan is simple: When you lack new ideas, throw everything and the kitchen sink at players to make them think they’re getting their money’s worth of escapism and entertainment. This approach might mean that the game will always have your attention, as it’s engaging to utilize different survival methods (shooting, running, hiding, exploring for items, sneaking) in order to adjust to different circumstances, from areas that allow greater movement, but contain a plethora of enemies, to more claustrophobic locations that demand quick decisions on the player’s part to battle larger enemies. But even as encounters with chainsaw-wielding psychos and giant creepy crawlies that have to be lured into fire demand your attention, it’s difficult to deny the feeling that the Resident Evil games have run these ideas into the ground. Indeed, one would have difficulty arguing that the gore and nastiness in The Evil Within will desensitize or shock anyone—that is, outside of newcomers to the genre. Past survival-horror games have readied (numbed) our minds for Mikami’s makeshift freak show.

Though the game lacks for some basic features, such as a way to make a quick 180-degree turn, its emphasis on stealth and traps to conserve resources is an enticing challenge. Concerns such as depleting stamina give the game a methodical crawl that’s sometimes more reminiscent of Dark Souls. Unfortunately, the recurring bosses and the incessant borrowing from recent Resident Evil games (right down to the over-the-shoulder camera) impairs what moderate excitement the game elicits. Mikami was smart to channel Resident Evil 4’s fast pace into The Evil Within’s narrative, but this pacing was more thoughtfully keyed to the former’s campy one-liners and real-time cutscenes that required timed button presses. There’s little of that symbiosis here, as The Evil Within’s more serious tone and greater reliance on non-interactive cutscenes leaves the player disengaged from the rollercoaster of action.

Review: Lords of the Fallen