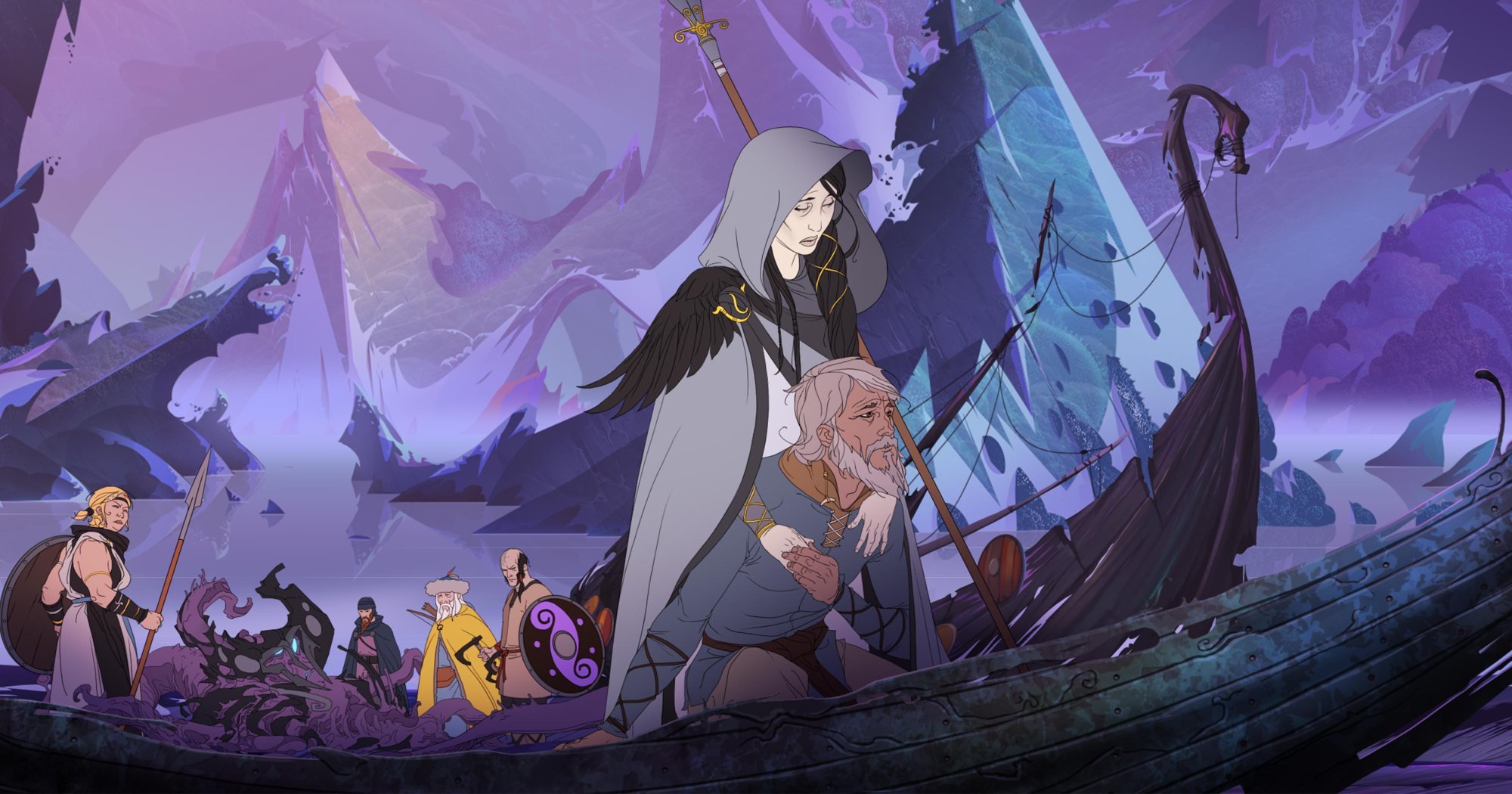 The games in The Banner Saga series have always monotonously focused on the grind of armies marching into battle. This final entry in Austin-based developer Stoic’s franchise takes its predecessors’ brand of torpid action to an extreme level as the player alternates between controlling two parties: one group that’s charged with defending the large city of Arberrang against a horde of demons, and one that sets out to destroy the root of “the darkness”—as the game, ad nauseam, describes it—that threatens all existence. After you slowly plow through anti-climactic skirmishes in Arberrang and observe multiple instances of treachery between various figures, the culmination of this tedious saga might be far more alleviating for the player than it is for the game’s characters.

With its concluding entry, The Banner Saga series fully reveals itself as the bastard child of J.R.R. Tolkien’s The Lord of the Rings and George R.R. Martin’s Game of Thrones. The efforts of an army, led by your chosen protagonist, to withstand continuous attacks on Arberrang specifically recalls the heroes’ laborious stand against the Orcs in The Two Towers, while the trek to eliminate the core of “the darkness” echoes Frodo’s journey throughout the entirety of the The Lord of the Rings trilogy. And as the game’s two plots unfold, all the political bickering and backstabbing among and within multiple factions becomes inseparable from the goings-on of the Game of Thrones books.

The parallels to Tolkien and Martin’s work don’t just threaten The Banner Saga 3’s ability to stand apart as a distinct fantasy tale. The game’s overall messaging is also confused, as the story at once leans on Tolkien’s theme of hope in dire circumstances and Martin’s tendency to portray his characters as unrepentantly corrupt, morally dubious, or naïve. While The Banner Saga 3 does feature a few virtuous characters throughout, the game’s major factions—humans, horned giants, centaur-like creatures called horseborn, and monsters known as the Dredge—frequently seem driven toward one-upping or murdering one another, despite the fact that they’re all about to be eradicated by a greater evil. Of what use is any hope against such evil if there’s little hope against these groups subsequently killing one another?

Throughout, there’s a sense that these bitter conflicts extend less from the physical, emotional, and mental fatigue that plagues the game’s various characters than from a desire on Stoic’s part to echo the political disarray of our present-day world. The Banner Saga 3 also peddles a sort of superficial nihilism when it reveals that the different groups within its story were created by gods who despised each other, thus suggesting a demented form of predestined hatred. Sometimes the game doesn’t even care to articulate why certain individuals are at odds, as when two members of the horseborn race wind up in a fatal scuffle. In such moments, it’s hard to feel sympathy for or identify with the characters as they further invite doomsday.

It also doesn’t help that this series’s turn- and tile-based tactical combat is dreadfully outdated compared to that of Fire Emblem Echoes: Shadows of Valentia, XCOM 2, Fallout 2, Mario + Rabbids Kingdom Battle, and Final Fantasy Tactics. Whereas those games offer an array of battlegrounds and situations for players to strategically react to, almost every fight in The Banner Saga 3 comes down to two rival parties blandly lumbering toward each other on largely identical stages. The proceedings are so isomorphic that when I saw destructible ice stalagmites in the game’s final battle, I felt like thanking the gods, who, if they truly pitied us poor fools, would have considered intervening in the production of this plodding, unenlightening series.

Review: This Is the Police 2