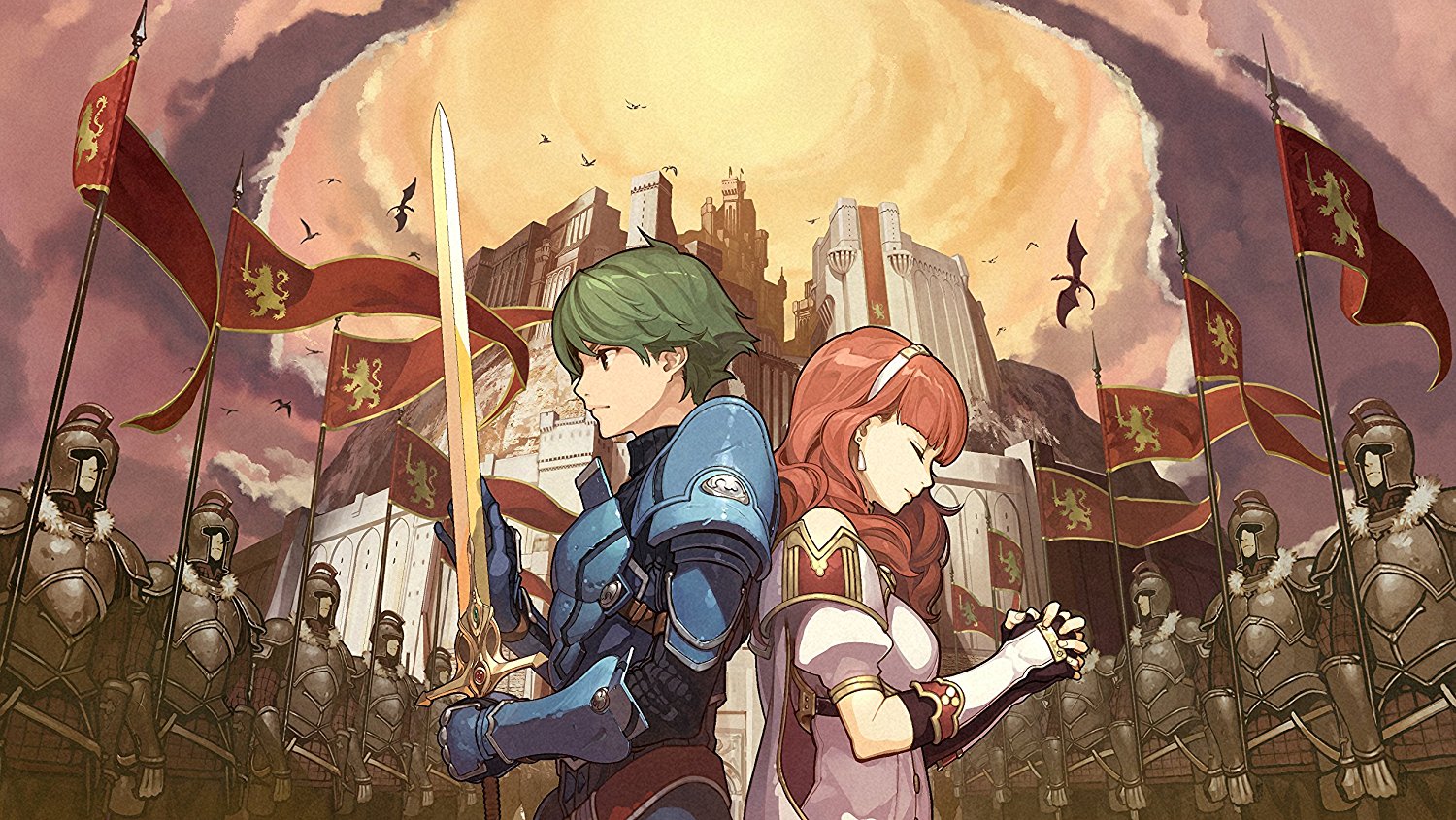 A remake of 1992’s Japan-only Fire Emblem Gaiden, Fire Emblem Echoes: Shadows of Valentia is one of the most enthralling games of 2017 so far. To advance through its story of questionable gods, corrupted kingdoms, class-based tensions, and eerie magic, you must win a long series of battles using a tile-based tactical system. The combat will feel generally familiar to those who’s played a Fire Emblem game, but Shadows of Valentia distinguishes itself by eschewing some of the series’s familiar features, such as the paper-rock-scissors weapon mechanic, while having the opposing philosophies of its lover protagonists, Alm and Celica, thoughtfully color its warfare.

The continent of Valentia is a polarized place. Conflicts here are driven by two living gods: Duma, who believes in the gradual accumulation of power, and Mila, who argues that the people of Valentia should strive toward peaceful pleasure. A far cry from Outlast 2‘s juvenile depiction of religion-inspired brutality, this game’s mythos coherently traces the faults of deities to the shortcomings of humans. Alm and Celica, childhood friends who promised never to fight one another, ironically end up at odds after years of estrangement, as Alm leads a resistance against a tyrant and Celica spearheads a pilgrimage to seek guidance from Mila. Controlling these two leaders at different points in the game, the player can never forget the characters’ dueling convictions, thanks in part to an evocative soundtrack that juxtaposes Alm’s sense of duty with Celica’s hopeful and adventurous spirit.

Developer Intelligent Systems brings the personal politics of the heroes’ quests into full focus. When word of mouth suggests that Alm has zero noble blood, snooty outrage rears its head, inspiring one of the resistance’s main proponents to take the enemy’s side. Even Clive, the man who picked Alm to be the head of the rebels, quietly struggles with classism upon this revelation. Alm himself has a chip on his shoulder because of his less privileged background as an aging knight’s adopted grandson, as evidenced by when he tells Celica that she acts like a “blue blood.” This insult stings that much more since the player is well aware of Celica’s faith-driven intentions: As Celica expresses to a priest her goal to unite the continent, the audio includes a death knell (because of a recently deceased king), exalting vocals, and ambivalent organ tones. This scene is spiritually authentic in how it captures the whirlwind of emotions that affects those with faith in troubled times.

The winding tale of Alm and Celica, which is better served with the poor voice acting turned off, receives a suitable complement with Shadows of Valentia’s dynamic aesthetics. While this game borrows the visual style of the last few Fire Emblem tiles throughout its battle sequences (that is, an overhead camera that only leaves its perch to zoom in on instances of one-on-one action), it shifts to a 3D third-person perspective when the player combs dungeons for bonus stat points and gear. When in a town, a first-person perspective is used, and even though having to select different interface tools for collecting items and talking to people is clunky, the variety of play modes keeps repetition at bay, as do the occasional anime cutscenes that punctuate the story’s emotional high points, such as when Alm and Celica reunite.

What makes the game really stand out from other Fire Emblem entries is its modern, no-bullshit tactical approach. Absent, for the most part, are such pandering gimmicks as character marriages that grant arbitrary combat bonuses and contrived environmental effects like bridges suddenly appearing when you step on a particular tile. Gone is the ability to stack two heroes on a single tile; if you want to prevent the death of a weakened party member, you must creatively position other characters around them. The urge to spam powerful magic attacks is curtailed by the fact that it costs health to perform spells, which urges the player to think several steps ahead.

Despite its seemingly unforgiving action, Shadows of Valentia remains inviting. The relative lack of stat-affecting gimmicks makes it easier to remember the rules of the game, and permanent deaths can be switched off at the beginning. Perhaps the most interesting wrinkle is a device that allows players to rewind turns a limited number of times. This manipulation, while an encouragement to experiment with offensive and defensive strategies, does come with the possibility of enemies scoring critical hits that they didn’t before. The risk of this attractive mechanic reinforces one of the lessons that Alm and Celica experience in the story: Just because a cause, like uniting the world, sounds good doesn’t mean it won’t have unexpected consequences.