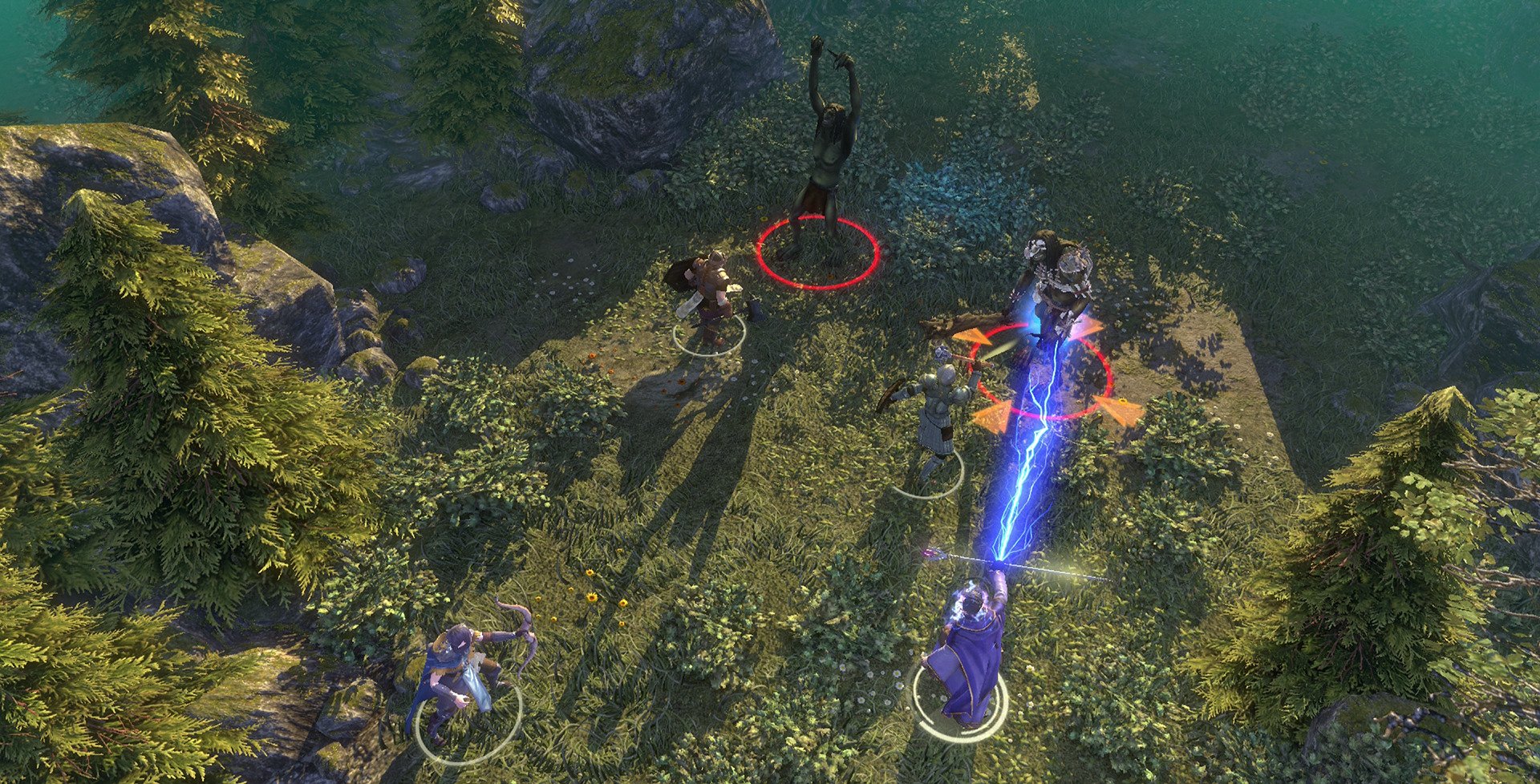 Recapturing the magic of the tabletop roleplaying experience has been a holy grail of video-game design since its earliest days. The desire runs so deep that it’s not even contained within its specifically appointed genre. Colossal Cave, the first-ever text adventure game, was written by Will Crowther in an attempt to combine his two favorite pastimes: spelunking and Dungeons & Dragons. And if that example seems obsolete, as the game is a relic of a time when hardware limitations meant the most imaginative settings had to be created with words rather than moving images, there’s also the example of Rogue, a D&D-inspired title that, like the gaming equivalent of My Bloody Valentine’s first two LPs, was only appreciated by a limited, specialist audience in its time, but whose influence still reverberates throughout the industry, as evident in the deluge of roguelikes that have dominated the indie scene for the last five years. The influence of tabletop roleplaying in the evolution of digital gaming is immeasurable, much stronger than the annual figures on Bethesda sales and World of Warcraft subscriptions would indicate.

Which makes it easy to understand the early buzz surrounding Sword Coast Legends’s promise to provide the crucial feature of the tabletop experience, one missing from all other attempts to simulate it: a player-controlled dungeon master, a role encompassing rule arbitration, storytelling, and world-building—in short, controlling everything in the fictional world other than the player characters’ own actions. This is an immensely complex set of responsibilities, one that sceptics doubted could be contained within the inherent constraints of a digital game and, judging by the results of n-Scape’s work, they were probably right. In Sword Coast Legends, the wonderfully creative role is reduced to that of an invisible antagonist for the playable characters, buffing up a creature here, concealing a spike trap there; it’s like playing Dungeon Keeper while your friends are playing Diablo. Tampering with the story, ad-libbing with the dialogue, reacting to players’ choices in any way, other than simply confirming success or failure—everything that makes being the dungeon master fun is absent from their real-time duties here.

That creative itch isn’t particularly satisfied by the accompanying module editor either. While some of its limitations, like the inability to shape the environment (you can only choose a terrain type and then decorate the ensuing and randomly generated chunk of land with dead horses, rugs of all colors, and the obligatory crate), can be defended as concessions to accessibility, others, like the severely curtailed range of monsters, are inexplicable. Most unforgivably, there’s no support for branching dialogues: Locale descriptions may be embroidered with flavour text and non-player characters can recite colourful stories, but the players themselves are always restricted to two token answers that are almost embarrassing in their blunt, blatant functionality: “We accept” and “Not now.” This isn’t to suggest that there’s no fun to be had, either as a DM or player, messing around with some of the better modules already uploaded by its community. It’s just that the tools are lacking to create deep, engrossing stories, reducing the online component to a mildly enjoyable but hollow series of dungeon crawls.

The campaign provided with the package, predictably for a title whose main focus is its editor, remains serviceable but fails to impress. Sword Coast Legends makes its statement of intent with a barrage of typical fetch-and-rescue quests before the storyline, strongly reminiscent of Curse of the Azure Bonds, proceeds, leaving no fantasy-related cliché unexploited—a disappointing contrast to the subtle intrigue and paranoia pervading this year’s Serpent in the Staglands, a game made with a fraction of n-Scape’s budget. Despite bearing the D&D license, deviations from the official rules abound, and given all the cooldown-based abilities, skill trees, and all-purpose character classes, this feels like a typical action RPG in all but its unfounded aspirations, the chaos of its hectic battles drowning out the sense of agency and the weight of individual action that are so important to the tabletop experience. A certain impression of shoddiness—the grudgingly responsive controls, awkward camera angles, and a rudimentary, non-interactive mini-map—adds to the frustration.

There are redeeming values in Sword Coast Legends: a decent, if undistinguished, campaign featuring a couple of memorable characters; a relatively smooth online mode that allows DMs to catch the players by surprise with weakling vampire lords and superpowered goblins; and, of course, whatever the more productive members of the community create and upload for the rest of us to enjoy. Yet, it remains a game whose more conventional aspects have been handled better elsewhere and one whose much-anticipated distinguishing feature turned out not the groundbreaking innovation that was hoped for, but a forgettable gimmick instead.