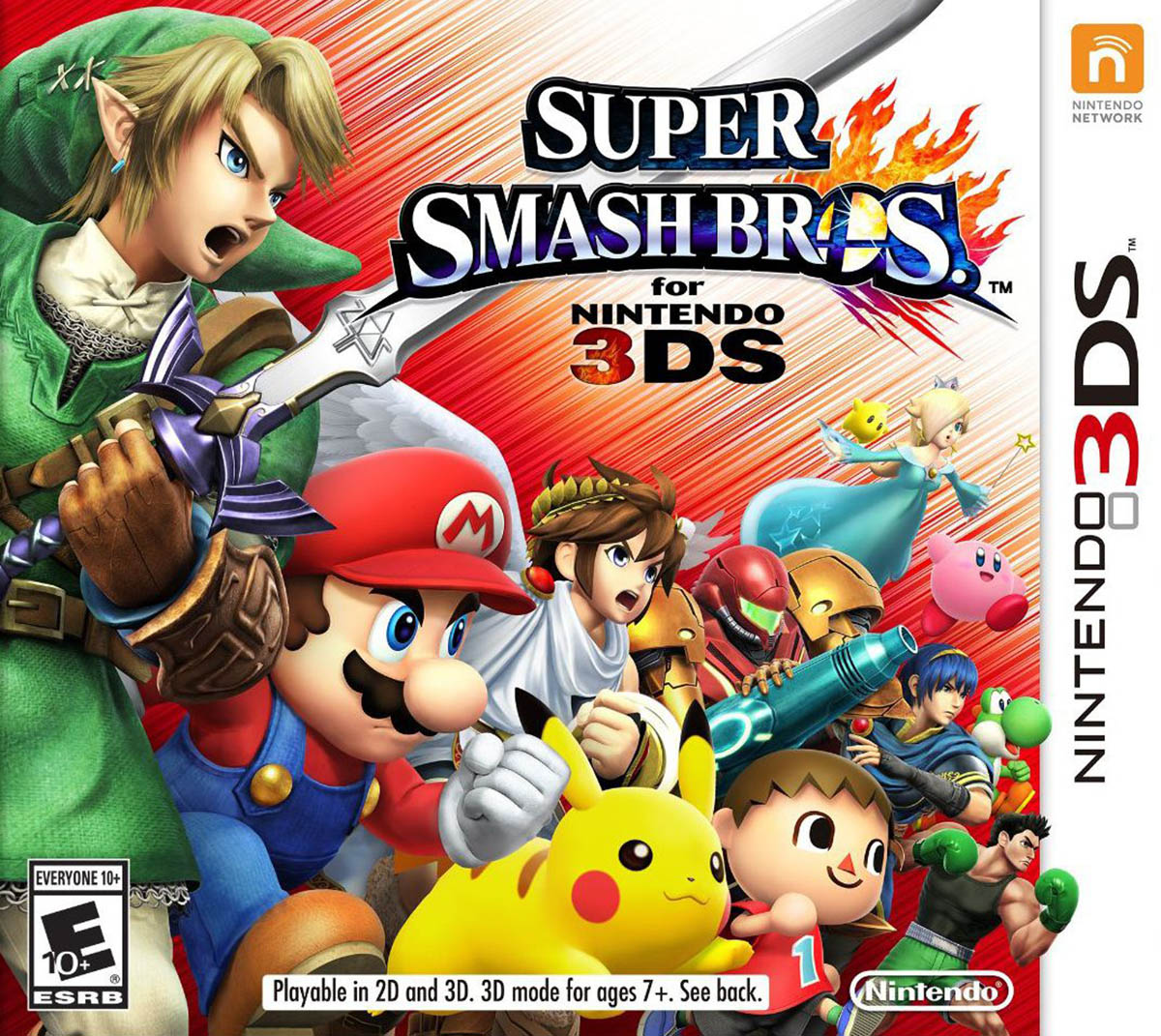 The age-old expression “Great things come in small packages” has rarely been more applicable to a video game than in the case of Super Smash Bros. for Nintendo 3DS. In the six years since the Wii’s Super Smash Bros. Brawl was released, Masahiro Sakurai and his team of nostalgia-peddling developers at Sora Ltd. have been hard at work on the next-gen incarnations of arguably the most revered all-star fighting series of the last decade and a half. Their obvious love of excessive bonus content and obsession with gaming history, from the obscure to the most well-known, has apparently paid off. The 3DS model arrives nearly two months before its eagerly anticipated HD Wii U counterpart, which may give the impression that it’s a less substantial offering, yet the sheer amount of incentivizing unlockables, distinct modes of play, and addictive, fast-paced combat, whether solo or with non-AI opponents, rank it among the best first-party titles on Nintendo’s handheld.

Perhaps the most appealing aspect of Smash Bros. 3DS is its generous roster of 49 characters, 36 of which are available at the outset. With the possible exception of Kid Icarus: Uprising’s Dark Pit, the sole “duplicate” specimen, there’s nary a lackluster combatant in the lot. If you can master one, you can master them all. In past Smash Bros. installments, there were characters who, no matter how much effort was put into perfecting their particular move sets, would always end up being weaker than so-called “overpowered” fighters. After spending a protracted amount of time with each and every selectable battle-ready franchise mascot, it becomes clear that an expert degree of sweeping balance has been imparted into this colorful collective. No longer is Bowser too slow, Jigglypuff too delicate, or Sonic just too damn unwieldy to dominate skirmishes; the refinements to returning characters, while not quite revelatory, are notable for their ability to subtly tip the scales in favor of the dedicated player in a pinch. The 15 additions, with highlights like Animal Crossing’s Villager, Xenoblade Chronicles’s Shulk, and Pokémon X and Y’s third-form starter Greninja, feel right at home with their reliable brethren. Getting in tune with a fresh foe’s movements is a generally quick process that can be sorted out with a couple of practice rounds against intermediate-level CPUs.

Along with the traditional multi-staged quest to defeat Master Hand, his demented partner Crazy Hand, and another secret boss when certain conditions are met in Classic Mode, Smash Bros. 3DS provides enough diverse scenarios to keep even the most restless gamers perpetually occupied. The most conceptually unique, and coincidentally most underdeveloped, is the 3DS-exlusive Smash Run, which has players spending five minutes KO’ing weaker enemies and amassing enhanced stats via dispensed on-screen icons in preparation for a randomized final contest. This could be a standard bout or something less conventional like a four-man race to the finish line. Unfortunately, this randomness is the mode’s downfall. If you by chance stocked up on, say, attack-stat boosts instead of speed enhancements, you’re out of luck if the ultimate stage is a sprint, which essentially means you just wasted valuable playtime that could have been spent reputation-building in heated online competitions. If only Smash Run had been provided the same thoughtfulness as the remainder of the package, it could have been the shining star it was likely intended to be, instead of a flickering light bulb on an otherwise luminous chandelier.

Nevertheless, with its innumerable trinkets from Nintendo’s expansive antiquity, vibrant cel-shaded graphics running at a remarkably smooth 60 FPS, and handling that, after a while, almost makes the initial desire for a GameCube controller-to-3DS adapter completely fade away (R.I.P. broken Circle Pads), the first portable Super Smash Bros. is a resounding success. Doctor’s orders: Promptly downsize your Smash sessions, and the wait for the Wii U version will assuredly fly right on by.