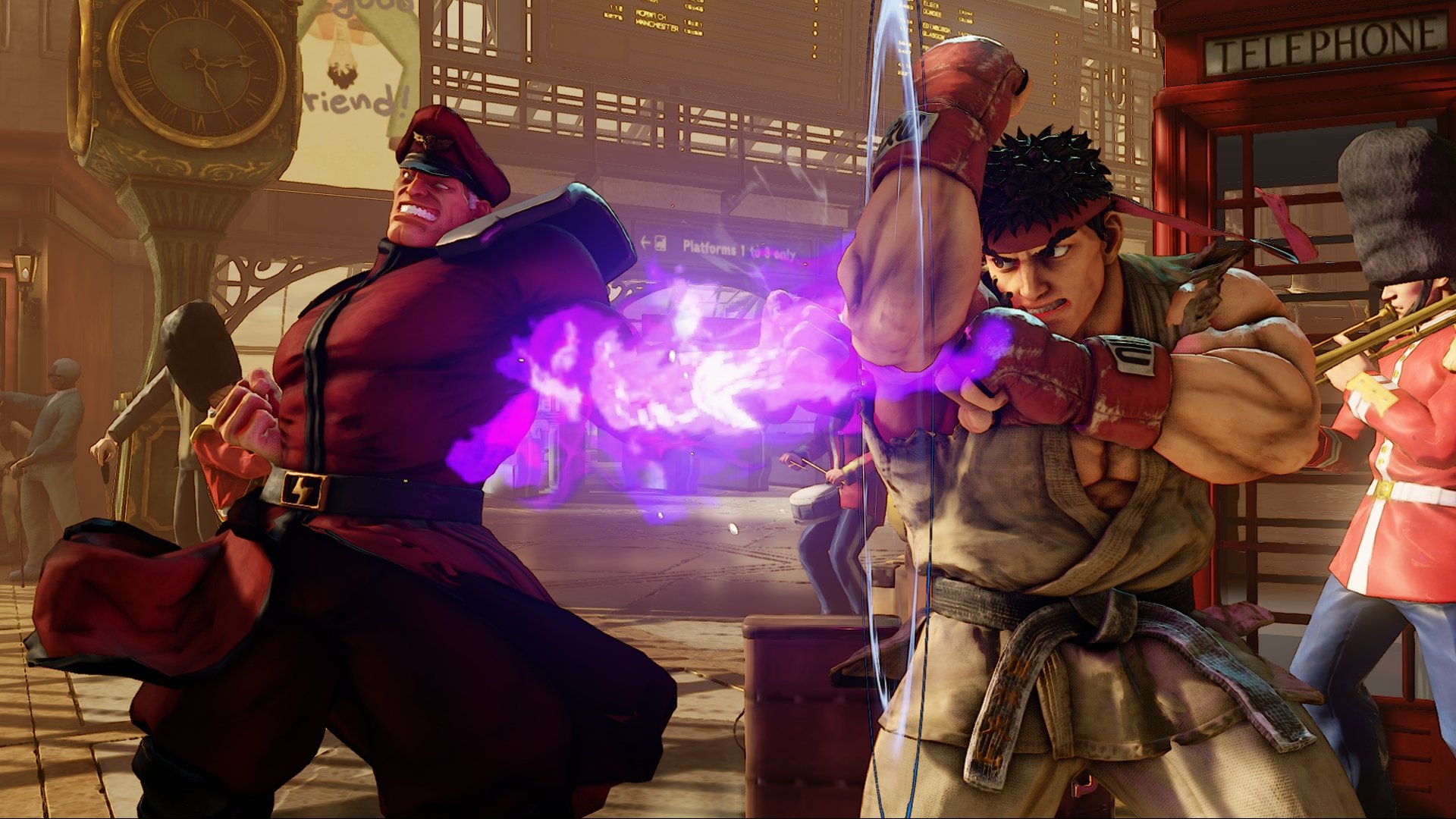 You might have heard that the launch version of Street Fighter V lacks an arcade mode, a fighting-game standard that gives players the opportunity to go best-out-of-three rounds with the computer and hone their skills through trial and error. Ignoring this tradition of practice, the game essentially gives the middle finger to a sizable portion of the audience that helped make Street Fighter the world’s most noteworthy fighting-game series. Publicists, journalists, and fanboys might pardon this misstep by pointing out that downloadable content will bring an arcade mode to us in due time, but not everyone who might want to get the most out of Street Fighter V has a great Internet connection or the money, let alone interest, to pay for the PlayStation Plus membership required to fight others online.

But let’s pretend that Capcom hasn’t excluded any modes essential to a maximum degree of playability here. Unlike the previous Street Fighter sequels that took the series in exciting directions, such as Street Fighter IV’s changing camera angles during super moves, this iteration is mostly content to swipe the polygonal and pseudo-3D visual approach of its predecessor while ironing out certain exaggerated qualities, such as facial expressions, in order to pass itself off as more realistic. This attempted conceptual improvement comes off as flat in the heat of battle compared to the humor of the gaping mouths and bulging eyes from Street Fighter IV. Moreover, the seriousness that Street Fighter V wishes to convey with its minor visual facelift seems trivial more than two decades after Street Fighter II’s showcasing of the aftereffects of battle in the bloodied faces of its characters.

Street Fighter V also wants and fails to be epic. The faceoff screen before each battle intends to be electrifying, with distorted guitars and the characters appearing humongous in animated stances, but the effect is silly due to the puppet-like stares of the contenders, as well as weird details like Chun-Li’s never-still breasts. Street Fighter V also has no stage that gets close to the intensity of Street Fighter IV’s volcano level, where eruptions and a rollicking techno beat suggested a greater urgency and devastation to the blows between the fighters. Many of the locations here lack the background activity, beyond spectating, that enlivened the best levels from prior entries in the series. “Bustling Side Street,” for example, recalls previous China street levels, only without Street Fighter II’s eye-catching cyclists and chicken strangler and Street Fighter IV’s frequent interactions between foreground and background planes, such as a man on a bike getting knocked down for getting too close to the combat. The level does allow opponents to be foisted through a restaurant wall and into a passing bus, but such effects can only register if the opponent is close to a border of the level upon defeat.

As for the actual fighting, Street Fighter V is relatively lenient on the timing of button presses and directional motions for moves to register—not quite as smooth as The Last Blade’s controls, but closer than most fighting games. In terms of the number of techniques that require some degree of mastery in order for one to be competitive, this game isn’t more accessible than the very straightforward Street Fighter II, if not for the fact that Street Fighter V, like its immediate predecessor, goes well out of its way to reward you if you’re getting your butt kicked in a round.

This time, Capcom calls this reward the V-Trigger. Many V-Triggers allow the player to become stronger for a lengthy period of time, all by pressing two buttons together. This dynamic ultimately makes the game’s player-on-player competition less about the fundamental brilliance of countering great offense with great defense. It’s more impressive when someone comes from behind to win in Street Fighter II or III because those games weren’t designed to help someone who exhibits poor defense during fighting. The V-Trigger functions as a deus ex machina of sorts, lengthening rounds for cheap drama. The concept of a character becoming more powerful after a series of blows was better suited for the briefer, more brutal rounds of 1992’s Samurai Shodown.

But Street Fighter V’s greatest shame isn’t its failure to measure up to the greatest fighting games. Its one outstanding strength is that no character feels shortchanged in regard to diversity of moves and strategic possibilities. Nash, for example, was once not much more than a clone of an older character, but Capcom has altered his move set to make him a distinct force to be reckoned with. Pity, then, that the egregious disregard for the single-player tradition doesn’t encourage one to explore and understand the 16 well-designed characters. Because of this, Street Fighter V feels more like an irritatingly incomplete service than a game that cares about its legacy.