Throughout State of Decay 2, you’re expected to be the governing force behind the renewal of society in the midst of a zombie apocalypse. You may groan at the prospect of diving into another open-world zombie game, but developer Undead Labs’s latest is less disappointing for its cliché narrative and uninspired enemies than it is for being so cumbersome and tiring. And while it’s sensible for a game about reclaiming society to be those things, State of Decay 2 doesn’t really make it seem as if you’re rebuilding society. Rather, it makes you feel as if you’re running a glorified daycare center.

At the start, State of Decay 2 has you select one of four pairs of characters, each with their own strengths and weaknesses, but without telling you how this choice will affect your long game. It does make clear who you’ll encounter, what resources will be easiest or hardest to gather, and where you’ll start the campaign. But aside from the hurried and slapdash introduction where it briefly touches on mechanics, State of Decay 2 doesn’t thoroughly explain its systems—like how influence is accrued and used as in-game currency—leaving you to guess at the tangible effects that face your community and the world. As a result, the game would appear to emphasize luck above all else.

Rebuilding a society certainly requires a bit of good fortune, but it’s also dependent on a unique mix of camaraderie, skill, and strategy. In the game, you’ll want to make friends with a chemist, a doctor, and someone who’s good with a gun or various tools—in short, the kinds of people doomsday preppers might want on their side. However, State of Decay 2, which randomizes the characters you encounter in the world, makes it difficult to find the people necessary to not only rebuild society, but to sustain it. And while these people have their individual talents, none of them performs any action on their own. Throughout, you can swap characters at will and even recruit them to go scavenging with you, but for most of the game they stay at the base you establish, presumably just sitting on their hands while the world goes to hell.

Unfortunately, the characters you do find and recruit during the campaign are moochers. Given how often your companions complain about depleting supplies or bark orders at you over the radio, you’d think they would be working harder for their own survival. But not only don’t they come up with plans or scout for vantage points, they’ll consume your supplies, won’t bother to replenish them, then whine about how terrible a leader you are. It’s not until you ask them for help, after saving them from having their brains slurped out of their heads, that they decide maybe cooperation is a good idea for survival. But even then, the only way they offer assistance is by killing zombies, not by carrying and transporting—or even spotting—supplies.

Although there’s plenty of opportunities to slay zombies throughout State of Decay 2, the combat controls do leave much to be desired. Certainly more intuitive controls might have made the resource gathering and management that the game ultimately prioritizes above killing zombies feel less tedious and needlessly prolonged. In the end, State of Decay 2 doesn’t flip the script on the themes we’ve come to associate with the zombie apocalypses of our popular entertainments. Worse, the game doesn’t even bother to make it seem like its characters even want to be alive in the world.

Review: Vane Is Transportive But Marred by Glitches

The Red Dead Redemption II Launch Trailer Is Here, In All Its Western Glory 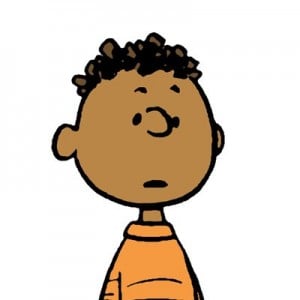 Jeremy Winslow is a staff writer for Kotaku.